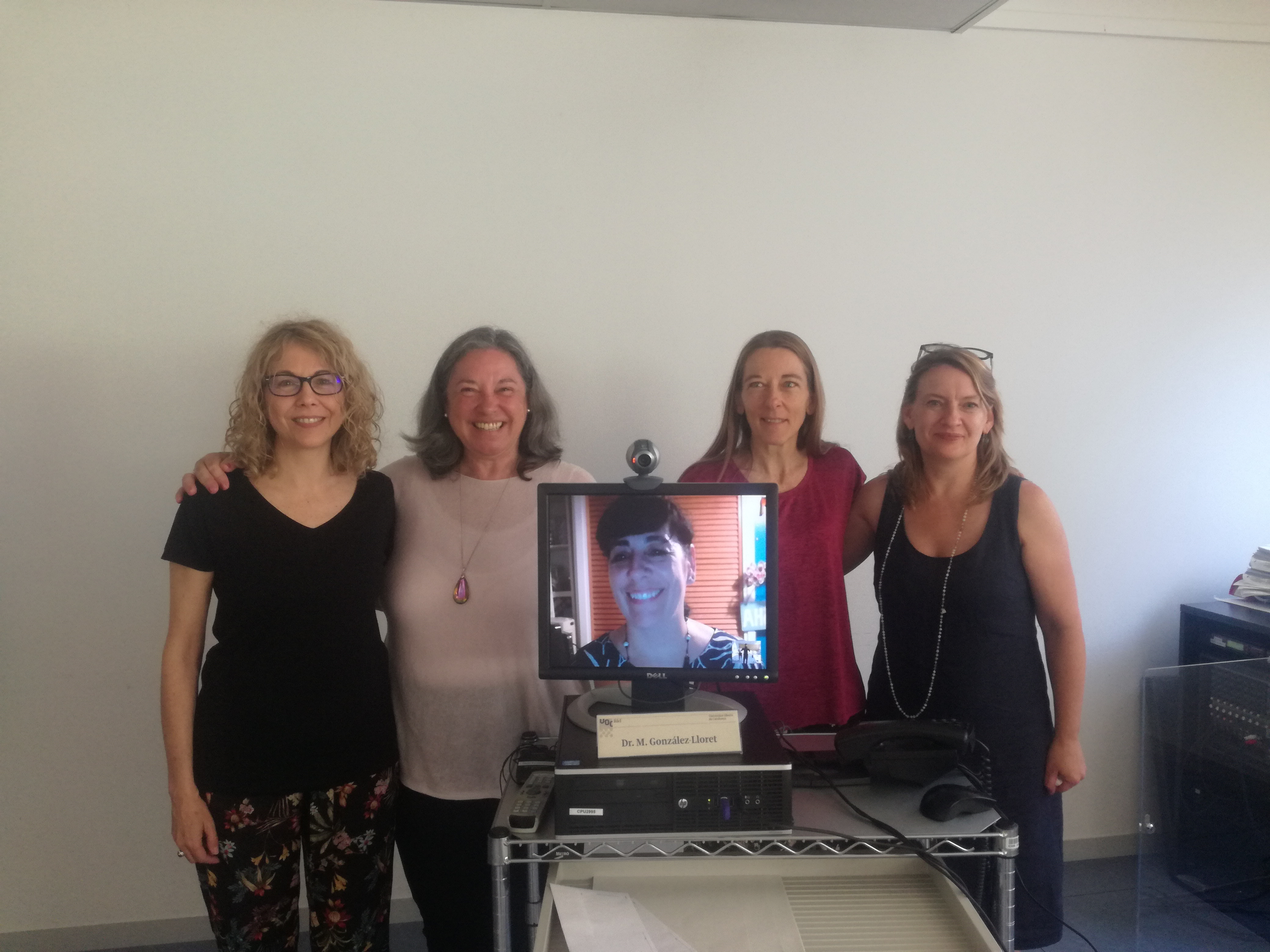 The present study aims to explore the relationship between learner agency, screen-based resources (such as navigational buttons and textual task instructions) and meaning making in synchronous computer-mediated communication (SCMC) tasks developed to promote spoken interaction. Using a case-study approach, three tasks designed for language learning (opinion sharing, role play and information gap) across two data sets (12 cases in total) are analysed. Tasks are carried out in an online university in Barcelona, where spoken interaction is made possible through an audioconferencing tool. Data was collected over the course of one semester in 2015 and analysed alongside data from a prior study that took place in 2012. The objectives are threefold: to understand how learners' choices and intentional actions pertaining to screen-based resources shape oral turn-taking; to understand how meaning making can be understood from a multimodal perspective, beyond speech; and to contribute to theories on agency in language learning in order to help foster agency in current and future SCMC tasks for optimal language learning gains. A range of data sources and methods are used. Sources include audio recordings of peer-to-peer oral interaction, transcripts, screenshots, course documentation and supplementary information about the technological tool employed. These sources are explored through data analysis, including content and discourse analysis as well as computer-mediated discourse analysis (Herring, 2004). In addition, a specific approach is developed that combines emic (learner) and etic (researcher) analytical perspectives that draw on notions from conversational analysis (Sacks, Schegloff and Jefferson, 1974) and multimodal (inter)actional analysis (Norris, 2004). Results suggest that different types of agency emerge during tasks. In addition, learners' mediation with screen-based resources are found to shape their oral turn-taking, both qualitatively and quantitatively. Meaning making involving multiple modes beyond speech (i.e. somatic, text and image) are identified, leading to the implication that agency can be understood as being carried out through human systems (motor, sensory and language) and resources pertaining to the digital system. Agency in SCMC tasks can therefore be described as 'systems with tool(s)-mediated, goal(s)-directed action(s)' which builds on the sociocultural notion of ¿tool-mediated, goal-directed action' (Zinchenko, 1985). Implications for task design are discussed, and recommendations for future research on task-based SCMC from a multimodal perspective are outlined.