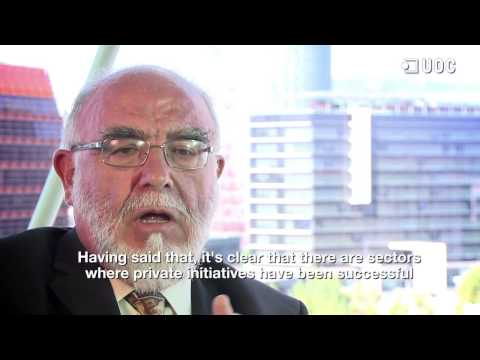 “I think that right now, the state education system gives guarantees of selection to its teachers, for whom the private sector cannot. It's simply an element of recognition – not criticism – of reality. Having said that, it's clear that there are sectors where private initiatives have been successful that enjoy extraordinary and well-deserved recognition. And the opposite is true, it's the public sectors that need to use it as a mirror and learn.”

“In the United States and Latin America, the distinction between public and private is, fortunately, a little hazier, because when we're talking about it, we don't really distinguish between Berkeley or Stanford and, at this level, there is a difference. But by contrast, they all have a mission to serve the public, which is probably what differentiates them and gives them their stamp of recognition and not of objective linked to private or individual interests.”