The UOC wins gold medal at the Learning Impact Awards 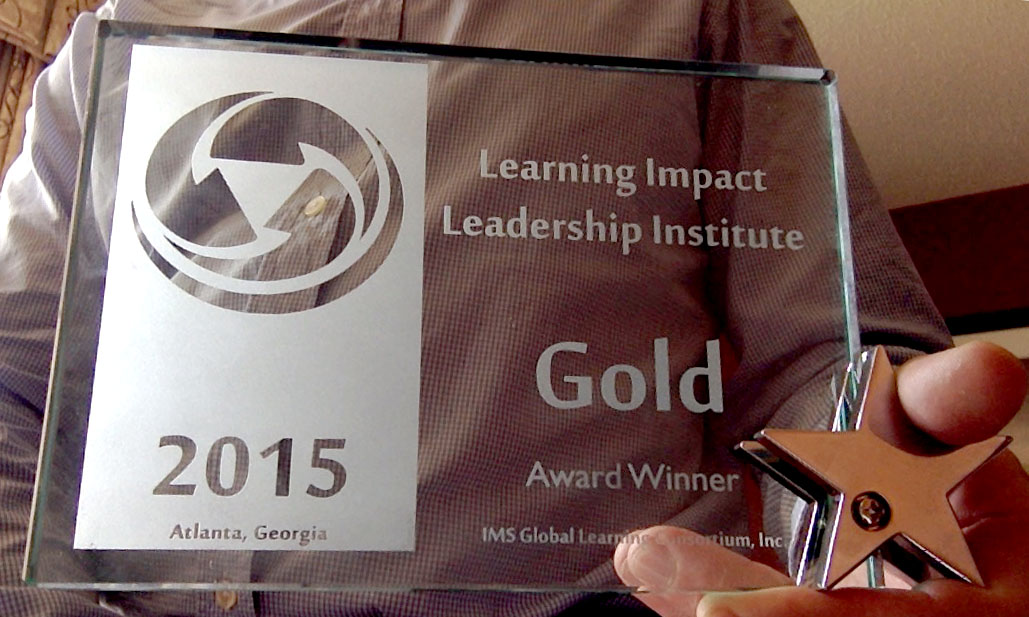 This Thursday, the UOC won a gold medal at the Learning Impact Awards in Atlanta, USA. These are internationally renowned awards from the IMS Global Learning Consortium, a non-profit organization promoting use of learning technologies in higher education. The winners of the gold, platinum, silver and bronze medals were made known at the organization's annual conference.

The UOC's award-winning project is the Present@ tool, an interactive videoblog that makes it easy to upload and view large format video presentations. What makes it stand out from other tools is the possibility for both students and teachers to comment on the videos uploaded. This means that dialogues can be started with a range of aims on the campus and within the tool itself. The 2.0 version also allows for comments to be added to the videos directly as text, images, links or in other formats.

One of the people behind the project, Antoni Pérez, a lecturer in the UOC's Faculty of Computer Science, Multimedia and Telecommunications, explained that "Present@ lets us incorporate video as a tool for work at the UOC and use it in a totally different way, not passively by interactively". Pérez said that this award "represents important recognition for the UOC's efforts on many levels; it is recognition of the way we have been able to develop a project which, in one way or another, has involved many of the faculty and developers at the University".

This was the fifth Learning Impact Awards medal received by the UOC since 2008. The UOC's other award-winning projects to date are:

The IMS Global Learning Consortium has its headquarters in the US state of Florida and its members include large corporations and institutions such as IBM, Samsung, the University of Cambridge, the University of California, the Open University of Japan or Australia's Department of Education, among many others. The UOC is also a member and, through the eLearn Center, takes part by promoting the use of educational standards, providing benchmark developments and using its experience to help contribute to its improvement.