Research at the UOC is on the rise 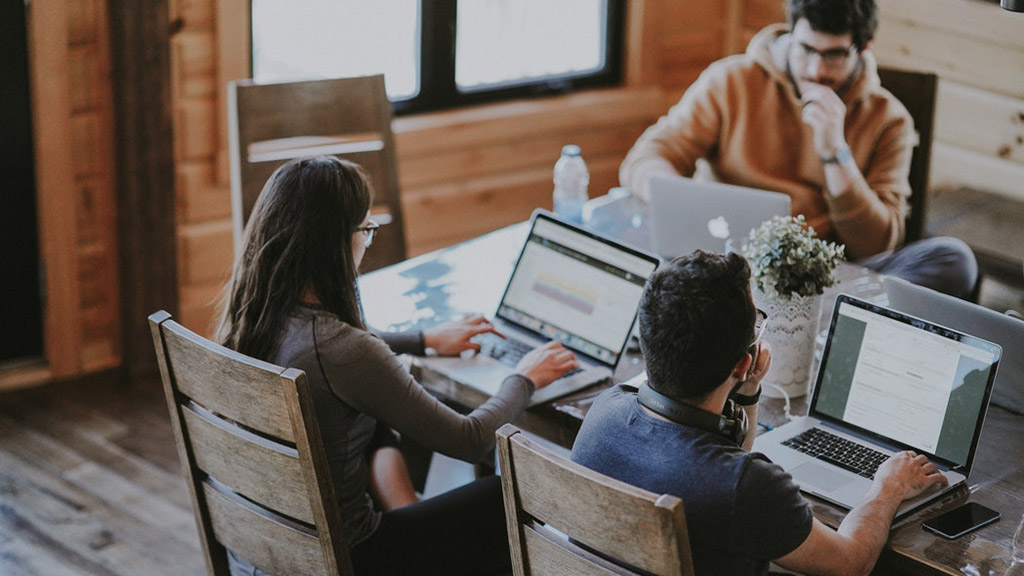 Research at the UOC continues to grow, while we are also seeing an increase in the publication and securing of funds, alongside a rise in scientific visibility. These are just some of the conclusions drawn from around thirty indicators related to research and innovation, one of the major challenges in 2018 in this area.

For the first time, these indicators - drawn up as part of the process to draft the  faculties' and research centres' strategic research plans - offer a global, integrated vision of research at the UOC in recent years. They use data gathered over the last four years, which in some cases will be updated every quarter. The UOC's growth in research can be better appreciated thanks to these indicators' interactive display using an internal consumer tool.

These fifty or so indicators have been created thanks to an all-encompassing, interdisciplinary process started last year, in which the faculties' deputy deans of research, the eLearn Center and eHealth Center, IN3 and Doctoral School management and research support staff from the Library, the OSRT, Globalization and Cooperation, Communication and the Strategic Planning Office participated.

The interactive display of these indicators has been created using a dynamic and interactive data display app, which provides a summarized vision of the research indicators at both a global (the whole of the UOC) and more specific (by faculty and centre) level as well as at a multidimensional level (from all aspects of research and innovation). Information is gathered on research dimensions such as inputs, ie those linked to group and people organization, and securing projects; outputs, which are specifically publications, productivity, visibility and collaboration; and outcomes, which include knowledge exchange (patents, spin-offs, theses read and industrial doctorates).

It is also worth remembering that if we also consider teaching staff, who devote around a third of their time to research, the number of people with research skills at the University surpassed the figure of 400 in 2018.

Increase in the number of SGR research groups

At the end of 2018, the UOC had a total of 45 research groups (42 with SGR recognition and 3 without). The distribution of these groups by faculty is as follows:

In addition to these, there are eleven research groups at the IN3.

We should highlight that recent years have seen a substantial increase in the number of research groups awarded SGR recognition (recognized by the Government of Catalonia, which means that they receive both recognition and funding to conduct their research work). The UOC had 14 research groups recognized in the SGR 2009-2013 call, 26 in the 2014-2016 call, and 42 groups in the one for 2017-2019.

Almost double the number of Chairs

With regard to the number of Chairs conducting teaching, research and knowledge exchange projects, the number is also rising, albeit more moderately than in other areas. We should highlight that, in 2015, regulations applying to Chairs were passed, while in 2017, a competitive economic promotion programme was approved.

This could be among the reasons why recent years have seen an increase in the number of Chairs, going from four in 2014 to seven in 2016 and 2017 and six in 2018. The latest Chair, the Randstad Foundation - UOC Chair in Disability, Employment and Social Innovation, was presented in Madrid on 21 March, meaning the University once again has a seventh Chair, a historic high.

The funding obtained by project type shows how the the amount of funding for non-competitive projects has more than doubled, rising from a little over €2 million in 2014 to nearly €5.5 million in 2018.

We see further evidence that outside securement in 2018 reached record highs in the figure secured for competitive projects, which was the highest ever attained by the UOC, thanks in part to an awarded ERC project.

With regard to the UOC's indexed scientific articles, we see a clear and continued upward trend, going from 278 articles in 2014 to 431 in 2018. The last year alone saw an increase of 14%.

The indicators relating to the evolution of knowledge exchange also show growth.