Few women report the street harassment they endure. When they do, the authorities lack the necessary mechanisms to address the issue. In light of this, the non-governmental organization Plan International has created a website called Safer Cities for Girls, which enables young women between the ages of 15 and 25 to inform against instances of street harassment in the cities of Barcelona, Madrid and Seville. Researchers from the Universitat Oberta de Catalonia (UOC) have joined the initiative, offering their support by collecting and analysing data.

The Safer Cities for Girls project is funded by the European Commission and aims to explore the perception of safety among young women in these three Spanish cities, where, according to their respective municipal registers, a total of 294,322 young women live (173,255 in Madrid, 82,861 in Barcelona and 38,206 in Seville). The study will also address the matter in three cities in Belgium: Brussels, Antwerp and Charleroi.

The website allows young women to pin locations on a map and report on the level of safety there. Users can also provide details about their experience, explain what drove them to feel the way they did and state whether or not they received help when they felt threatened.

Lara Martínez, director of Political Incidence at Plan International had this to say about the project: "We want to involve young women in coming up with solutions for making cities more inclusive, tolerant and opportunity-filled. Society currently goes on with its life with a worrisome indifference to the fact that girls are being harassed in public spaces on a daily basis. It's a matter of gender inequality that has a direct impact on their rights: on their freedom and their equal place in society."

Researchers from the UOC's Learning, Media and Entertainment Research Group (GAME) are collaborating on the project by collecting and analysing data to gain a better picture of street harassment. The researchers will use their expert knowledge of qualitative and quantitative research methodologies to help Plan International analyse the data it obtains through the online survey that users are prompted to fill out when accessing the map. Moreover, they will have a hand in designing the scripts to be followed in the focus group sessions with young women and the interviews with experts. Finally, they will aid in interpreting the outcomes of these methods.

For Sílvia Martínez, a professor at the UOC and the researcher heading up the University's contribution to the project, participating in Safer Cities for Girls means being part of a crowdsourcing-based initiative, in which empathy and the emotional component tied to the participation of the users help to foster a collective discourse that will join an even wider narrative: the feminist social movement. According to her: "The opportunity to cross-reference this new information against existing data about the cities' dynamics and operations will allow us to generate knowledge about a truly vital aspect: safety."

Following the data analysis, Plan International and the UOC plan to draft a joint report containing advice for institutions and individuals charged with the task of upping citywide safety for girls. The NGO will also put together a list of guidelines for cities to follow, which it intends to share with other cities in Spain, Belgium and across the entire European Union.

Plan International is an independent organization committed to defending children's rights and fighting to attain equality for girls. It is working to create a world without gender roles, where girls can learn, lead, make their own decisions and prosper. Plan International was founded in Spain in 1937. Over the course of its now eighty years in operation, it has forged unwavering alliances to fight on behalf of boys and girls to ensure their rights from birth to adulthood.

It is currently present in seventy countries and has implemented programmes in over fifty developing countries in Africa, Latin America and Asia. It has also been a consultative member of the United Nations Economic and Social Council since 1981. Its accounts are audited by PwC and its compliance with the principles of transparency and good governance are accredited by the Lealtad Foundation.

The UOC’s research and innovation contributes to solving the challenges facing the global societies of the 21st century by studying ICTs’ interactions with human activity, with a specific focus on e-learning and e-health. Over 400 researchers and 47 research groups work among the University’s seven faculties and three research centres: the IN3, the eLearn Center and the eHealth Center. 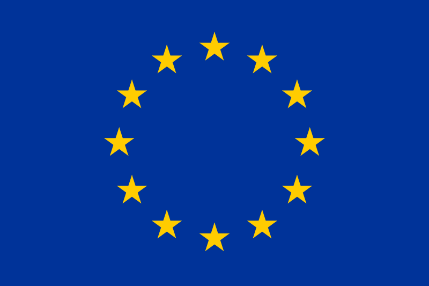