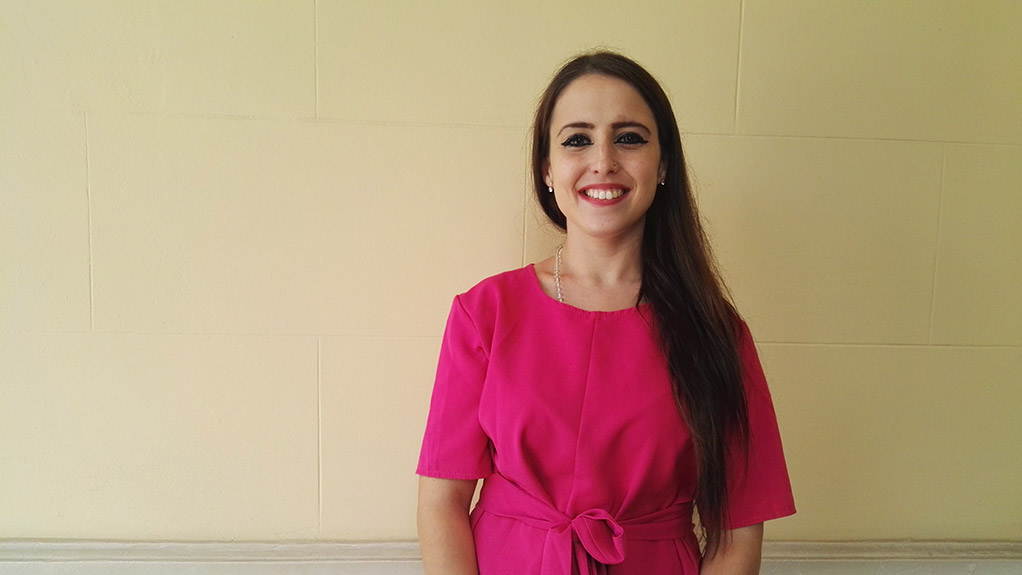 I came up against many obstacles because I was a woman, young and a foreigner

Aina Barca, graduate of the UOC master's degree in Administration and Management of Non-Profit Organizations

Aina Barca decided to go on holiday to Nepal when she was 21. She was studying the bachelor's degree in Social Work at the University of Barcelona and working in a centre for people with cerebral palsy. Staying in the city of Hetauda, in the south of the country, she was deeply affected by seeing the lives of children with intellectual disabilities, who also couldn't go to school as there were none adapted to their needs. After a month, when she returned from her trip, she couldn't get those kids off her mind and decided that she had to do something for them. And so she did: she opened the first Nepalese school for children and youths with intellectual disability. It is currently attended by around 40 students from all around the country.

What struck you most on your first trip to Nepal?

The reality of a child with intellectual disability in Hetauda could fall into four scenarios. If they were very lucky, the parents enrolled them in a normal school and they repeated the year over and over again in kindergarten (I saw kids aged 16 with Down syndrome in the same class as 2 and 3 year olds). For other kids who were also lucky, their parents enrolled them in a school for the deaf, so they learned sign language but not how to speak, because no one taught them. There were also lots of kids who spent the day locked up at home because their families had to go to work (I saw some of them tied up and kept in cages…). And many others were abandoned by their families because in Nepal they believe that having a child with a disability is a divine punishment for sins committed in past lives. In Hinduism, the family feels great shame and social pressure to recognize they've had a child with intellectual disability, because it means accepting they'd done something wrong. So it's best to abandon or not recognize the child.

Affected by the harsh reality of these children that you describe, what did you decide to do?

When I returned to Barcelona, I wanted to go back to my old life. In the centre where I worked we had everything: from mechanical lifts to move the kids from the wheelchair to the bed to all kinds of therapy. In Nepal, in contrast, kids with a mild disability didn't even have a school or a teacher to teach class. And I kept asking: why does a child with the same disabilities born here or in Nepal have such a different life? After 15 days I decided I had to do something and registered the NGO Hetauda's Family. I chose this name because with these children we didn't have the same blood or the same name, but I felt as if they were my family. The family of humanity. Then I spent eight months raising funds. I wanted to build a special education school for them in Nepal.

Along the way, did you come up against any obstacles because you are a woman and young?

Lots! Because I was a woman, young and a foreigner. These three factors together brought many obstacles. Nepal is a very sexist country where nothing is easy in many ways. And I managed to create the first school registered in Nepal as a special education centre. Quite a struggle.

How many people are involved in the education project?

Today there are 22 local female workers at the school. In Nepal there are no special education courses, but volunteers from different parts of Spain come regularly and train in Special Education and Physiotherapy. We have a physiotherapist, teachers and carers.

What financial help did you get to set up the school?

We got help from Barcelona. We have partners who donate 10, 15 and 20 euros every month. Whatever they can manage. And with this we fund the school and have been able to buy a school bus. There are also associations and foundations that contribute on a regular or occasional basis.

What did your family say?

My parents know me very well and understand that if I say "this is what I want", I do it. But more distant relatives told me to stay, that my life was much easier here, that there were people here who also needed help, that there was no need to go to Nepal… But I didn't listen to them. Today, my parents are proud of me and have visited me several times at the school.

What do you think about the kids who attend your school?

Their life has changed a lot. The school is called Asha, which means hope in Nepalese. Their life has new hope thanks to the school. Some kids came to the school and on the first day when you gave them a spoon they threw it at your head; and now they can eat all by themselves. Or they didn't know what to do with a pencil and can now write their name. These are small changes, each change requires an effort, but precisely because they demand more effort it is even more satisfying. Even kids who couldn't speak have learnt to say a few words. Children who were hyperactive can now sit in class…

How many children are in the school?

Right now there are 44, aged 7 to 25. We never reject anyone because of age. In fact, we have a school and an occupational workshop. Children and adults with major disabilities attend the school while in the occupational workshop there are boys and girls aged 16 to 25 who learn a craft, such as costume jewellery, hats, t-shirts and cookery.

How have the families of these children responded to the school?

Some families bring their children thinking that they can learn something; others because it's complicated to keep them for hours at home; some trust us, while others are somewhat less sure… Each family is motivated by something different. All I ask of them is that they give us three months and see how the child progresses in that time. When they see them, the families are happy and more committed to the project. Consequently, they come to the meetings, participate in the school activities…

What part has the training provided by the UOC master's degree in Administration and Management of Non-Profit Organizations played in the project?

When I was starting to build the school I thought it would be good to have a theoretical framework for what I was doing in practice. So I decided to do this master's degree at the UOC and the truth is it has proven extremely useful. In any case, to study alongside this social project, I had to get up at 5 am and study until 7; I spent the rest of the day running errands.

You have described this social and human initiative in the book Asha o la fuerza de la esperanza. El sueño de levantar una escuela en Nepal (Asha, or the power of hope. My dream of building a school in Nepal. Plataforma Editorial). What will readers who want to set out on the same adventure find through your words?

I cover all my experiences of the last few years: the difficulties, the beautiful moments… the whole path that, from the outset, I have had to follow to build this school.