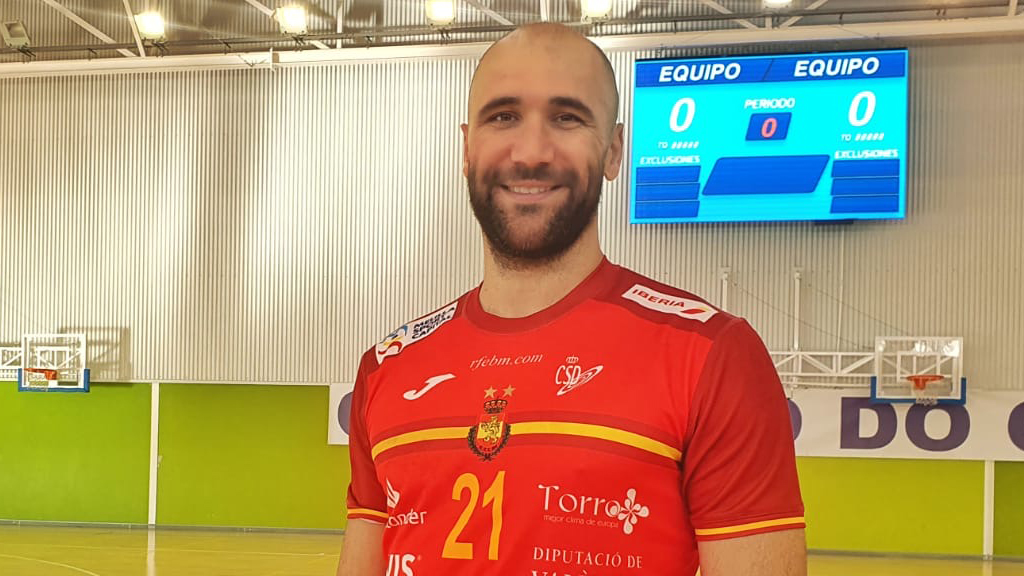 Joan Cañellas: "In terms of competition, there'll be no holding back at these Games"

Joan Cañellas: "In terms of competition, there'll be no holding back at these Games"

A few days ago we spoke with Júlia Pons about her preparations for the Tokyo Olympic Games and today it is the turn of Joan Cañellas, one of Catalonia's best handball players and also a student on our Bachelor's Degree in Marketing and Market Research.

In just a few days you'll be with the rest of the Spanish handball team at the Olympic Games in Japan. What does this milestone in your sporting career mean to you?

Competing at the Olympic Games is every athlete's dream. In my sport, every year we compete in either a European or World Championship, so after 13 years on the national squad, you can imagine how many international tournaments I've played in. But the Olympic Games are special. I've only been to the Olympics once and last time we didn't qualify for the event. My generation has an outstanding debt in this regard. We've won lots of medals, even taking gold at the World and European Championships, but we've never won an Olympic medal. At our age, this is possibly our last opportunity and it's very important to us. So we're highly motivated and are really going for it. We're missing an Olympic medal and we aim to win it now in Tokyo.

The Spanish squad has just had its most successful decade. What do you think the keys to your success are?

It's difficult to tie down the keys to our success. Part of it is because we have a lot of truly excellent players. Many of us started playing for the national squad when were very young and we've grown together as a team, although there have been some changes to our line-up. The new players have more than made up for the ones who are no longer with us. Now we're a team of veterans and the key to our success is that we've been playing together for many years. Most of the players on the national squad play for top-flight teams, so we're used to the pressures of high-level competition. We know each other and we use this to our advantage, many plays come automatically to us after sharing so many years on the court. We have a very good balance. What's more, many of us play abroad and we don't have much time to spend together, but we are friends. So when it's time to play for the national team we're all very excited to be playing together. This also helps a lot.

Will competition at these Games be less intense due to the pandemic?

I don't know what these Games will be like. I don't really have that much experience, as I've only been to the Olympics once. But from what I understand, every time is different, but this time it will be even more so. For a start, the country is very different to ours. The Covid-19 measures will be extremely strict and I don't think I'll be able to attend any other events or even go out to sightsee or for a stroll around the city. Mentally it will be tougher than usual and we're all very aware of it. But I'm convinced that there will be no holding back in terms of competition. At least not in our event. We're going there to compete and we're going there to win a medal and we hope that external factors will not affect us.

In your case you're also a student on the Bachelor's Degree in Marketing and Market Research. What has been the most difficult aspect of combining your sporting activities with your studies? How have you organized your time?

This year my UOC studies have been easier to manage because I've had more time than in previous years due to the lockdowns and because we haven't had in-person exams, which is the aspect that usually caused me the most problems. For my part, as far as my studies go, no problem and in fact it has been easier because of not having to sit the exams on site.

Have you received any help from the UOC or from your tutor?

The truth is that I have so many tutors: my UOC tutor, the one also assigned to me by the Spanish National Sports Council... To be honest, I just try to do the best I can on my own. If I have a problem, then I do ask for help but, as we didn't have any on-site exams this year, I haven't had to contact my tutor. In the past I've had to miss exams because they were at the same time as competitions, but now with the new agreement, this isn't a problem. I'm very happy with the change.

Do you have any advice for the UOC's other sportspersons?

Look at the exam schedules to see whether they're at the same time as competitions, which is something I had to deal with in the past. Then be practical when it comes to the continuous assessment activities because you can do them in your free time. Take advantage of trips and any free time you may have to prepare them during the semester. The sooner you know your availability during the exam period, the better.