Menu
Listen
«It's extremely important to continue with your academic training, because you never know when your sporting career will come to an end» 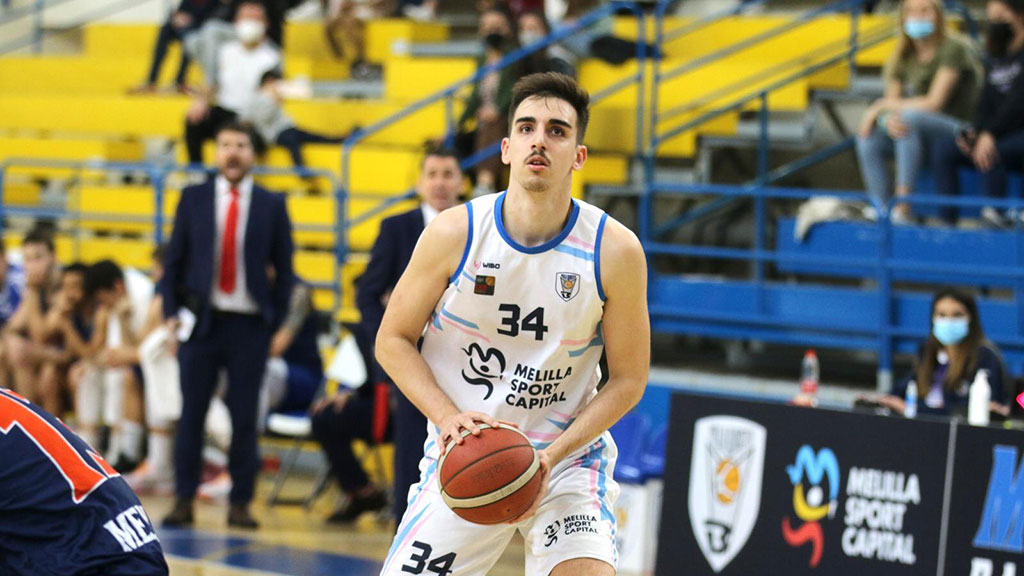 21/07/2022
Laia Candàliga
Álex Mazaira, a student of the Bachelor's Degree in Psychology and a player with the Real Valladolid Baloncesto basketball team

Álex Mazaira, a 24-year-old from Galicia, plays basketball with Real Valladolid Baloncesto in the LEB Or league, the second highest category in Spain's national basketball system. In addition, he is one of many athletes who combine their sporting career with studying at the Universitat Oberta de Catalunya (UOC), where he is currently studying for the Bachelor's Degree in Psychology. In this interview, Mazaira explained how he manages to fit in his training and continuous assessment activities on a daily basis. And, although he admits it's no easy task, he encourages all professional sportspeople to study because, as he himself explained, "you never know when your sporting career will come to an end."

When did you start playing basketball?

I started when I was seven. During the first year, I combined basketball with futsal, but at the end of the year I chose basketball.

You've played for several teams and are currently playing for Melilla. How has this evolution worked out for you?

I believe it's been an upward trajectory. Two years after starting my professional career at Barça B, I decided to take a step back and play for CB Martorell, going down a category. I also had links to Baxi Manresa and played some occasional matches with them. The following year, for the 2019/2020 season, I moved to Zornotza ST, in Biscay. The season after that, I joined the Marín Peixegalego team, going back to the LEB Or league, and then joined Club Ourense Bàsquet a year after that. And this year, as you mentioned, I'll be playing for Melilla. That's a lot of changes, but I've always seen them as opportunities to keep growing both as a player and as a person. Also, wherever I’ve been I've always learned a lot. That's why I think it's been a positive evolution. I've reached a point in my life where I want a certain degree of stability, but every summer brings uncertainty.

What do you expect for the coming season, after the difficult times caused by the pandemic?

It's been a difficult couple of years because of the pandemic, with lots of tests, lots of matches played without any spectators... I'm hoping we'll go back to pre-COVID normality, something that already seems to be starting to happen.

How do you manage your time? Because, in addition to playing basketball, you're a student.

Yes, as well as playing basketball, I'm currently studying for a Bachelor's Degree in Psychology. I try to be as organized as possible in order to get the most out of it. I usually train in the morning, which means that the mornings are all about basketball. And then, after lunch and a nap, I start on some academic work, such as a continuous assessment activity or some compulsory reading, until it's time for dinner. I’ve never had to work later than this, because I try to check the Virtual Campus every day to know in advance what I need to do so the work doesn't start building up. And, as exams starts getting closer, I usually study at night. That’s when I feel good and when I'm most productive - although I can't stay up too late because I've got training in the morning.

What's the hardest part about studying, for an athlete?

This is closely related to the previous question, and the answer is definitely the need for good time management. Because, in addition to weekday training, I play matches at the weekend, many of them away, which means I have to travel. Being really well organized is key. I also think it's very important to be disciplined, because it's not easy to start on your academic work after a high-level training session.

Why did you decide to study Psychology?

Psychology wasn't my original choice. I started with Biochemistry. I loved lab work, but I just couldn't combine it with my sport commitments because of the need to travel, which meant I was missing a lot of lessons. So, the following year I started Psychology with a close friend. We thought it would apply really well to sport, and I think we were spot on. Once I'd started, I was hooked and found it really interesting.

Why did you choose the UOC?

I started a face-to-face Psychology degree at the University of Barcelona when I was living in that city, but after a year, when I moved to Manresa, I realized that the best way to combine studying with sport was to do it online, particularly in my case, where I'm moving city every year. I chose the UOC because I'd heard really good things about it and because it's Catalan and, once I was in, I loved the flexibility it provides and its support for athletes.

How do you see yourself in the future, from a professional point of view? Do you want to apply your studies to the field of sport once you've retired from basketball?

I imagine myself as a psychologist at a basketball club, using both my experience as a player and all the knowledge I'm gaining to help both players and coaches. And I'd love to do it! Whether it takes the form of coaching or I do it from a more clinical setting, either way I'd love to stay in the world of basketball.

Any tips for other athletes wanting to study?

Just do it: it's very important to continue learning after you turn 18. You never know when your sporting career will come to an end. And also, to anyone who decides to go ahead and do it, don’t leave your continuous assessment activities to the last minute! But seriously, the main thing I'd tell them is to enjoy it and choose something they're really passionate about. It's a really cool time of your life.

Overly critical parents: this is how excessive competitiveness in sport affects children (CA)