"The problem for the population is not not enough medical information, but too much" 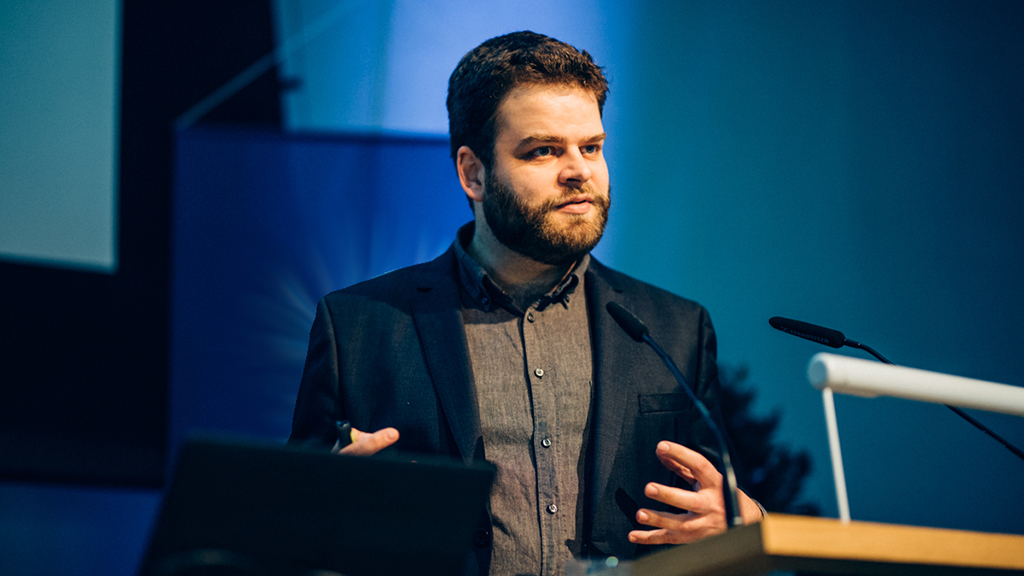 The politicization of medical topics on social media was the title of the keynote speech given by David García at the recent PCNet21 workshop. (Photo: David García)

The politicization of medical topics on social media was the title of the keynote speech given by David García at the recent PCNet21 workshop. (Photo: David García)

08/09/2021
Juan Vilá
David García, professor at the Graz University of Technology and leader of the Computational Social Science Lab

PCNet21, a workshop organized by the IN3's CNSC - Technopolitics research group, was recently held online by the UOC and the subject chosen by keynote speaker David García could not have been more relevant to current events: the politicization of medical topics on social media. He based his talk on two of his own research papers. The first, published in The Lancet, analysed the backlash on Twitter in response to a campaign launched by the same journal against the consumption of meat and how it ended up triggering a hashtag war. The second is a study on how, in the early stages of the pandemic, the publication of medical preprints was politicized on Twitter.

What is your assessment of PCNet21 and your participation in it?

I liked the combination of perspectives and, above all, the heterogeneity of the audience. The questions were very good and the discussion, following the talks, was extremely interesting. And I left with a couple of new ideas about my own research. Interdisciplinary workshops are always difficult and I am glad that PCNet has taken up this challenge because it makes it possible to reach new audiences.

What are the main advantages that social media offer in relation to the publication of medical topics?

The advantage is the ability to reach a large audience with very little outlay, especially when compared to traditional media. Social media are useful when the message is aimed at a very small, specific audience, who otherwise would be very difficult to target, such as people with rare diseases.

The greatest risk is that the content of medical articles may be easy for certain parties to manipulate and use to their own advantage. Dissemination is necessary to avoid these two dangers and to ensure that these articles are not too difficult for the general public to understand.

Social media are often blamed for the polarization of society. Has this polarization also penetrated the medical and health fields?

In recent years a lot of importance has been placed on the role of social media in polarization, but empirical studies show that the matter is not as simple as that. There are other factors that have as much, if not more, effect on dividing society, such as traditional media and certain cable TV channels. In the case of medical topics, the pandemic has shown us very clear examples of polarization, such as the use of masks in the United States, although there had already been cases in the past, such as the confrontation between those in favour of meat-based diets and vegans.

Part of your presentation focused on this subject and on your study on the hashtag war between #EATLancet and #yes2meat. Would you say that it was a spontaneous phenomenon or campaign orchestrated by those on the #yes2meat side?

There is no evidence of a pressure group or organization behind the #yes2meat hashtag. On the contrary, we found that the hashtag came from an ordinary user who defended meat-based diets and then it took off from there. We studied other signs of manipulation, such as account automation rates. That is, bots had intervened, but the rates were the same for both hashtags, indicating that this was clearly a spontaneous case.

According to your study, in this hashtag war were Twitter users capable of changing their opinions or did they just defend and reaffirm the position they had upon joining the conversation?

It is difficult to see individual changes in opinion on such a short timescale, but we did find that one of the communities that initially did not have a very clear position with respect to either hashtag did opt for one side and started to retweet more messages in favour of eating meat.

Did the discussion remain on Twitter or did these people's positions change in real life, increasing or decreasing their meat consumption?

We do not have data on the behaviour of these specific individuals beyond Twitter, but what have we seen in surveys in the United States since late 2016 is constant growth in the correlation between ideology and eating meat or not.

Your talk also focused on increased polarization and politicization stemming from COVID-19. What are the main conclusions of your study in this regard?

We found that medical preprints were being shared on Twitter with a clear political interest and with language that blurred whether the results were definitive or not. It is difficult to generalize based on just this case, but I would expect something similar to occur in the event of another health emergency.

In terms of the polarization and politicization of medical, scientific and social topics, has the pandemic left us with a more united world or a more divided one?

I think that after the pandemic we will have a more polarized world, but I don't think that the pandemic is solely responsible for it. We have been on that path for some time now. What we can say is that COVID-19 and its effects have not contributed to curbing this phenomenon

Since the social media explosion, do you think it is more difficult for the average person to find certainty and scientific answers?

It is difficult to compare a situation of great uncertainty, like the pandemic, with other cases in which there is much more scientific evidence, such as vaccines for other diseases.  In this second case, and although there is a lot of misinformation on social media, doctors and health authorities are still providing reliable sources of information. The problem for the population is not not enough medical information, but too much.