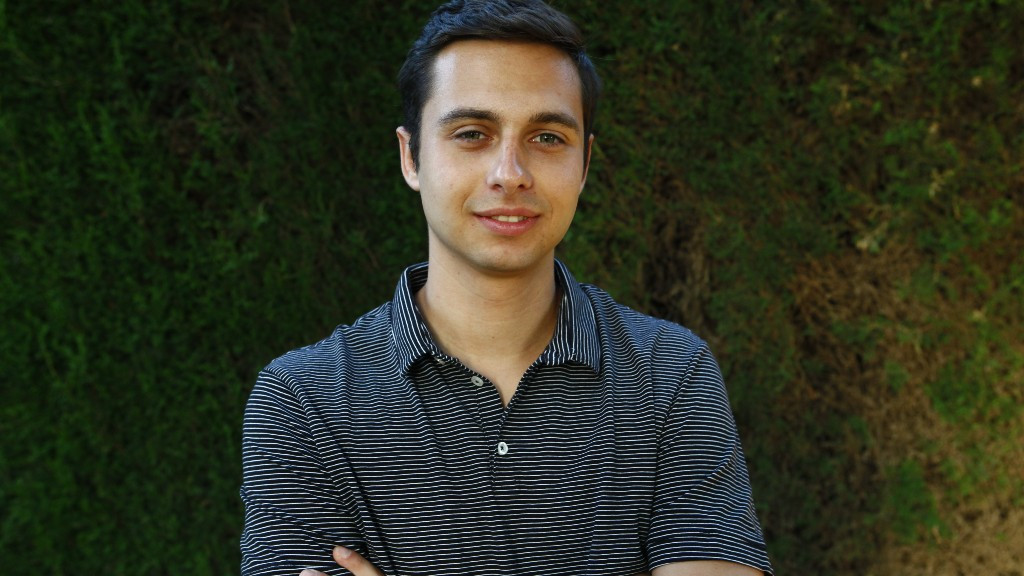 10/02/2022
Jade Rivera Rossi
Rubén Rodríguez Casañ is a researcher at the Global Literary Studies Research Lab (GlobaLS), a group affiliated to the Internet Interdisciplinary Institute (IN3) and the Faculty of Arts and Humanities of the Universitat Oberta de Catalunya (UOC).

Rubén Rodríguez Casañ is a physicist and data scientist working in social science. He has usedmachine learning techniques to analyse the digital communities that have arisen around various political parties on social media such as Twitter, Facebook, Instagram, YouTube and Telegram, among others. He has recently joined the Global Literary Studies Research Lab (GlobaLS), a research group affiliated to the Internet Interdisciplinary Institute (IN3) and the Faculty of Arts and Humanities of the Universitat Oberta de Catalunya (UOC).

Based on your social media research, what are the communication strategies most commonly used in Spanish politics? Are there any clear differences between parties?

There are differences in the uses of platforms. With the increasing popularity of other social media, such as Instagram, YouTube has entered the world of longer videos designed for press conferences and speeches in Parliament. Although shorter videos are generally more viral. This rule, however, isn't so clear in the case of Vox. The communication strategy of Casado's Partido Popular (PP) is significantly better than Rajoy's. This is illustrated by the fact that it is now fighting for second position. Furthermore, emojis, which were not included in video titles before 2018, now appear in them more often. The data analysed also show that the Partido Socialista Obrero Español (PSOE) needs to improve its political communication because it's the party with the lowest media impact on a daily basis.

What are the main findings of your research about political parties on Instagram? Were the results different from those of the Twitter study?

While the dominant party onInstagram is Vox, it's Podemos' communications that reach the widest audience on Twitter. Both my research and the current literature show that, in addition to having more followers, these two parties have the most "loyal" followers, i.e., the most exclusive followers. This ensures that they're the major national parties, those with the greatest Twitter and Instagram presence.

Do you think that social media engagement can be mapped to votes in an election? Could you define the socio-demographic profile of the people who interact there?

Surveys are still the best way to define a socio-demographic profile for each voter. Withsoftware such as Graphext you can visualize and group respondents in clusters, creating groups of voters based on socio-demographic criteria such as age, gender, moral and ideological profile, occupation, social class, rural or urban residence and so on. However, you can also analyse the partial information provided by social media. For example, 72% of Vox's Instagram followers are male, as compared to 50% in the case of Más País. You can also identify, among others, the preferred language and emojis, the set of keywords and the media most commonly used by the followers of each party.

Which political parties have an engagement proportional to their number of followers?

From what I've seen, none of them. I wouldn't dare try to establish a direct link between the number of followers and the number of voters, because they both change over time. For example, in spite of its past significant online presence, Ciudadanos currently lacks serious electoral weight. PSOE, on the other hand, which is the most voted party, has never been particularly strong in the digital world due to its voter profile. Changes in new followers provide a better indicator of election trends. Due to its tendency to change in response to possible new scenarios, this metric has provided good results in terms of predicting which parties' prospects are going to improve.

Could you describe the methodology used in your research? What technological challenges have you had to face?

The process is very similar for all social media, even if the treatment is different. The first step is to collect information by means of API queries or scraping on both Facebook andInstagram. In these processes, the computer extracts information while posing as an ordinary user. It has its limitations, and it's a slow process. However, Telegram, Twitter and YouTube, for example, have their own APIs that can be used to make queries to their databases. Once the information has been collected, it's processed, cleaned up and displayed in graphs for one-off analyses or monitoring panels.

Reactions observed on Facebook and Twitter are clearly reflected in the results of electoral polls. For example, the main topic at the start of the campaign for the Catalan regional election was Salvador Illa: he was the focus of public opinion, and we could see that his account was the fastest growing in terms of the number of followers. However, this growth stagnated as the campaign progressed. There are also many cases going in the opposite direction.

Do you think that social media communities are setting the course of national politics?

I'd actually say it's the other way around: national politics is reflected in social media. Between the two general elections of 2019, when Unidas Podemos and PSOE failed to reach an agreement, the chasm between the communities that supported each of these two parties became wider than in previous debates. A few years ago, some newspapers were speculating about an internal split between Íñigo Errejón and Pablo Iglesias inside Podemos, and we saw this on Twitter, in advance, before their differences of opinion became palpable.

Feelings of belonging and community arise in social media in a context of information overload. What can we do about it?

It's true that we're living in a network society made up of echo chambers, places where the vast majority of our existing ideological principles get thrown back at us, further cementing our preconceived ideas. Echo chambers already existed in the past: when you read your usual newspaper, watched your usual news programme on TV or listened to your favourite radio programme. The main difference now is the number of participants who place themselves on the same level of public debate without any kind of ethical assessment or control.

In the TV debate for the November general election, I analysed how a particular item of fake news spread and was later contradicted by various communities. Surprisingly, the denial spread more than the initial fake news, but only in left-wing communities, not in the Vox community where it had started. This is clearly a very serious problem, but the good news is that echo chambers aren't airtight. It depends on the subject matter. In the most recent regional elections held in Catalonia, for example, the voice of the pro-independence and federalist left was heard in its defence of feminism, environmentalism, LGBTI rights, public health and so on.

What do you think about the idea of censoring certain topics that give rise to disinformation?

In my opinion, responsibility for fighting disinformation lies with both platforms and users. Given its great adaptability, fake news is unlikely to disappear from the internet. When you read a particular piece of news online, you don't know where it came from. That's why I think we need to monitor messages so that, when a piece of fake news is identified, users can be warned that the message may contain information that is hard to verify. As a user, I think we all have a duty to appraise any publication and steer clear of any videos, images and messages that appeal directly to our emotions and seek to grab our attention. In my opinion, we need to reflect for longer.

What parts of your research do you think still remain to be explored?

I come up with new ideas on a fairly regular basis: this is a very innovative field of work. The information is on the internet, and we have increasingly precise analysis techniques. The information may be more or less in line with reality, but it's there, and it's easy to access. In the last few months, we've analysed online prostitution and reached sociological conclusions that would have been harder to address without the data and analysis made possible by this realm. I've recently joined the UOC's GlobaLS research group, which includes researchers from a great variety of fields, with literature and film history being linked to data analysts. I believe that my profile as a data scientist should go hand in hand with social science experts and professionals. Ultimately, they are the ones who are able to theorize, and our job is to check or rethink their postulates through the materials we give them.

Tell us about your Homo Datus project. What goals are you hoping to achieve with it?

To paraphrase a sentence from the blog: "Times are changing, the digitization process seems inevitable, and our aspiration is to map every corner of this new digital map. Quantifying, contrasting and verifying are the basic ingredients for the creation of debate based on critical thinking". When you put it like that, there is room for a lot of analysis. In the end, the idea is to lead the way and to study social science issues from a data perspective.