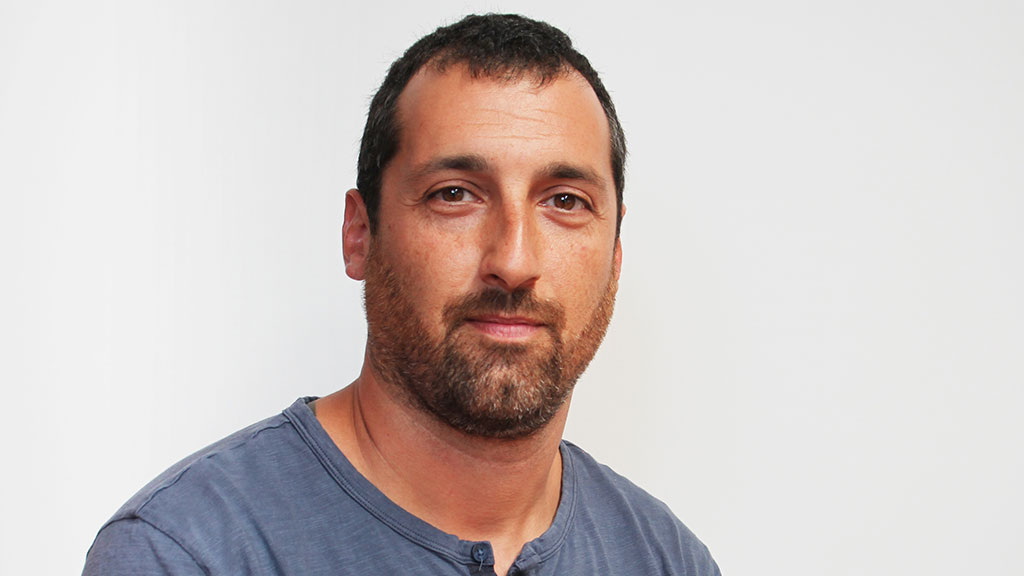 Unfortunately, in recent weeks war has once again become headline news. The historian Gonzalo Berger, course instructor in the Faculty of Arts and Humanities at the Universitat Oberta de Catalunya (UOC), is an expert in armed conflict and gender studies. Berger has researched the role of women in war in great depth, especially the Spanish Civil War, a conflict that inspired him to create the interesting Virtual Museum of Women in War, which documents the participation of 3,200 female soldiers in the 1936-1939 war. In this interview the historian and author of numerous books reflects on the role of women in war, an aspect that has traditionally been silenced, and gives his opinion on the present and future of armed conflicts.

As a historian I don't have a scientific answer as to whether or not women have a more peaceful nature. In the periods in which wars were decided on the battlefield, where the more violence with which you fought, the surer you were of victory, women played only a very small role. Violence is associated with testosterone, and this is a hormone that is predominantly manifested in the male sex. Of course, courage, physical strength and ability are not exclusively male attributes. However, thanks to the increasing technological complexity and high degree of specialization pervading modern warfare, women have achieved equal conditions in matters of war.

Has the role of women in war changed in recent years? Are there more women soldiers in contemporary armed conflicts (Iraq, Syria, Ukraine, etc.), and if so, why?

Women's increased participation in armed conflicts is due to a number of reasons. The first we have already mentioned; the "technification" of combat has removed physical violence from the equation as the element that determines the outcome. A second factor is the high degree of social and political engagement of women in modern society. They have moved from playing a passive role to an active one. The third reason is the emergence of the concept of "total war", in which it is no longer just the "fighters" who participate in armed conflicts, to the exclusion of the rest of the population; rather, all of civil society gets involved, both men and women.

How did you become so interested in the Spanish Civil War's antifascist female combatants?

In my doctoral thesis I covered the Antifascist Militias of Catalonia in some depth. As I started to read more and more documents from the period, I became more and more convinced that women's involvement in the militias was much greater than was commonly believed. Even though there are contemporary precedents in the Mexican and Russian revolutions, the mobilization of Spanish women set a precedent that had an impact on European women as a whole. This was due to the large number of volunteers who fought in defence of the Republic, the role they played in the combat units, and their media impact. I became very interested in what motivated them and the outcomes of this process.

Very little was known about women's involvement in the Civil War until very recently. Why was there so much silence in this regard until just a few years ago?

Once again, there are several answers to your question. The dominance of male chauvinism is one. The unmitigated defeat of the Republicans is another. And the fact that many of the women combatants needed to keep their experiences during the war secret was also a factor. Finally, during the Spanish transition to democracy a process was started to reconstruct the history of the Republic and the references it recovered centred on men.

Another little-known aspect you explain in your project is the fact that women of different social classes and political stripes were involved in the fighting. What did they have in common that led them to join the fray?

Yes, it had always been maintained that the only women combatants were anarchists. But analysis of historical documents has revealed that this was not the case. Women from all social classes took part in the fighting in accordance with a variety of different political beliefs, including moderate centre Republicans, supporters of the libertarian movement, socialists, communists and Catalan nationalists. They all identified the Nationalists as their ideological enemy, but also their gender enemy; a clear threat to their rights as full citizens, which finally came to pass.

Did women also number among the combatants in the fascists' faction?

No, this was unthinkable in military units.

When the Republican army was formed women were subtly withdrawn from armed combat. What were the reasons for this? Was it purely sexist discrimination?

Exactly. Yes, discrimination on grounds of gender. It should be said that the expulsion of women from combat units was not ordered by the Republican government. In fact, in our project we have documented 360 who fought until the end of the war on different fronts as part of the People's Army of the Spanish Republic.

Women soldiers have always been silenced by official historical narratives in spite of participating in a large number of conflicts. Perhaps in recent years more attention has been paid to them, such as the role of the women soldiers in Kurdistan. Svetlana Alexievich has also written about the role of Soviet women in the Second World War. How do you account for this recognition in recent years?

It has taken place because it is real. Women are part of history. Their life experiences, in this case in armed conflicts, also provide us with answers as to the political and social processes in which they have participated in the past and are participating now.

Do you think that as we make progress towards a more egalitarian society there will be more women soldiers? Or on the contrary, will such a society opt less for violence, given that women will also be in positions of power?

I would like to think that war as a means of solving conflicts will disappear and only exist in books, films and studies of the past, but unfortunately, taking into account the dynamics of the first twenty years of the 21st century, it seems this will not be the case. Women have the same capacity for combat as men; I would prefer neither sex ever having the need to use it. War is the worst experience that a human being can live through; its consequences are unpredictable and even in the best-case scenario recovery takes year.

And to finish, what projects are you working on now or planning for the future? Will you continue to study the role of women in war?

I am continuing to work on armed conflict and gender studies. My line of research focuses on analysing the phenomenon of volunteering in the European conflicts of the 20th century.