Experts warn of risks of anti-vaccination attitudes in fighting pandemic 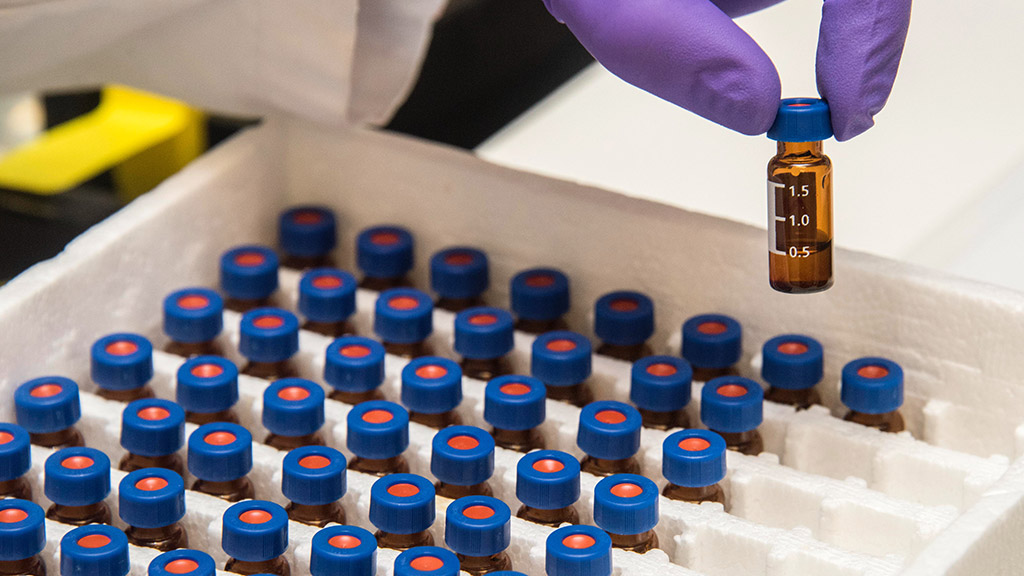 With three million cases of COVID-19 registered globally and billions of people in lockdown, scientists are working around the clock to develop a vaccine that could put an end to the pandemic. "Our first option in preventing transmission of the virus is undoubtedly mass vaccination, and tremendous efforts are being made to develop and assess the effectiveness of various vaccines," explained Xavier Bosch, researcher at the Catalan Institute of Oncology (ICO) and professor at the Universitat Oberta de Catalunya's (UOC) Faculty of Health Sciences.

In fact, according to the World Health Organization, 77 laboratories are currently developing a vaccine against the virus, and a further six are now into clinical trials.

Bosch, an expert in the epidemiology of infection-attributable cancer, warned of the risk of the anti-vaccination movement sowing doubts about the future COVID-19 vaccine in an article he co-wrote with Assumpta Company, ICO doctor and professor at the UOC Faculty of Health Sciences.

A number of celebrities have started posting messages opposing a vaccine. British rapper M.I.A. and Spanish designer and influencer Miranda Makaroff have expressed their opposition on social media in recent weeks. And in a recently published conversation with other Serbian tennis players, Novak Djokovic also took an anti-vaccination stance against the possibly compulsory COVID-19 vaccine to travel and return to competitive tennis.

Such opinions are not restricted to a small group of celebrities. According to a survey undertaken in France in March 2020 on opinions of a hypothetical COVID-19 vaccine, 26% of those polled were reticent or opposed to accept vaccination. In fact, France is one of the countries where anti-vaccination theories are most widespread, as confirmed by a Wellcome Global Monitor study. This analysis of global attitudes towards vaccination concluded that anti-vaxxers are in the minority, with 8 in 10 people agreeing that vaccines are safe.

However, as Dr Company highlighted, the "impact of these attitudes, known as vaccine hesitancy, led the World Health Organization (WHO) to declare vaccine hesitancy as one of the 10 threats to global health in 2019."

Bosch, whose research contributed to the identification of human papillomavirus (HPV) as the cause of most cervical cancers, is well aware of the effect anti-vaccination theories can have on health worldwide. "Unlike COVID-19, we have excellent vaccines for HPV and as of this year we'll have a WHO-coordinated global prevention strategy.  Since the start of public vaccination campaigns in 2006-2007, we estimate that some one hundred million people have been vaccinated and the safety and effectiveness results are excellent," said Bosch, who is senior consultant to the ICO Cancer Epidemiology Research Programme (CERP). However, "we face opposition to HPV vaccination campaigns, vaccine scepticism and anti-vaccination attitudes that have temporarily sabotaged vaccination in countries like Japan, Colombia and Denmark, and they have given rise to confusion in communication between healthcare providers, doctors and families," he added.

It's not a problem limited to just one vaccine: "opposing a particular vaccine ends up affecting perception of vaccines in general in ways that are erratic and unpredictable, and the result is pockets of badly vaccinated individuals who form the substrate for isolated cases and future outbreaks," explained Bosch, referring also to the outbreaks of measles witnessed in Europe and the USA as a problem caused by vaccination hesitancy.

Bearing in mind that beliefs against logic and scientific discipline have affected such excellent vaccines as those for HPV, measles, flu and hepatitis B, Bosch thinks it is plausible that there will be much vaccine scepticism regarding a future COVID-19 vaccine. He also lists circumstances which anti-vaxxers could take advantage of to cast doubt on the future vaccine:

1. Reduced perceived risk. "It is likely that the virus' general confinement or the arrival of treatments could reduce perception of risk. The vaccines against SARS in 2002 and MERS in 2012 were never made available because their development ceased to be a priority when the initial outbreaks were controlled with sanitary and healthcare measures," said Bosch.

2. Partially effective vaccine. Of all the possible vaccines under investigation, "the COVID-19 virus could be partially effective, falling short of common expectations of vaccines, which would curb enthusiasm for launching a universal vaccination campaign," Bosch explained, citing the example of the flu vaccine, which is 50-60% effective and has a vaccination coverage rate that generally levels out at around 30% in Europe.

3. Insufficient vaccines for the entire population, initially. "In the beginning, instructions on which segments of society should be vaccinated will need to be scaled and the priority criteria will be debatable. The poorest countries are likely to have the most difficulties obtaining the vaccine," said Bosch. It is also complex to coordinate on an international level to ensure the production and distribution of millions of doses of the vaccine, worldwide, if the recommendation for universal vaccination is finally adopted. "Such international strategies cannot be improvised and efforts frequently take years to coordinate."

4. Funding at the expense of other healthcare policies. "We would have to finance production and the vaccination campaign to ensure coverage in countries affected by health insecurity. Normally, when huge investments are made to fight a disease, as is happening with COVID-19, resources for other health programmes tend to be restricted. A number of countries have already stopped children's vaccination against other diseases in order to redirect resources towards controlling the pandemic and the lockdown. Special polio vaccination campaigns are being restricted in parts of Africa as resources and health workers are allocated to the fight to contain COVID-19.

5. Possible lack of transparency regarding conflicts of interest. According to Professor Bosch: "We need to communicate the vaccination strategy very carefully and be strict in applying a policy of transparency and disclosure of potential conflicts of interest amongst researchers, which is the Achilles heel of the essential collaboration between industry and academia."

6. Unfounded arguments against the safety of the vaccine. "The criteria for the (lack of) safety of vaccines or their adjuvants (substances administered along with the vaccine to enhance the body's response to an antigen) have always been put forward by anti-vaxxers against just about every vaccine despite the accumulated experience of hundreds of millions of vaccines both in controlled studies and in generalized vaccination programmes in all international contexts, "said Bosch, so it is likely that we'll hear these arguments in regard to COVID-19, although there is no objective data or controlled studies to suggest that. Bosch, who is also a researcher at the Bellvitge Biomedical Research Institute (IDIBELL), explains that vaccine regulatory bodies closely monitor the effectiveness and safety of vaccines prior to authorizing or recommending public use.

7. Politicization of vaccination and fake news. "Rivalry between parties and the politicization of vaccination tend to mean that extreme emotional stances (both for and against) are adopted in times of crisis," explained Bosch. In fact, governments such as Donald Trump's have in the past had contact with anti-vaxxer advisors such as Andrew Wakefield and Robert F. Kennedy, although in the end they did not follow their theories. "Fake news and conspiracy theories about COVID-19 abound on social media, acting as a breeding ground for any sceptical or clearly anti-vaccination opinion," said Bosch.

8. Stubborn resistance despite proof to the contrary. According to Bosch: "Despite tremendous scientific evidence, anti-vaxxers rarely acknowledge or justify their mistakes. It's part of a strategy that enables them to repeat again and again erroneous arguments that often concern other interests, generally related to the sale of alternative medicines and lawsuits against large vaccine manufacturers."

Expert in: HPV and cervical cancer, hepatitis B and C virus and liver cancer.