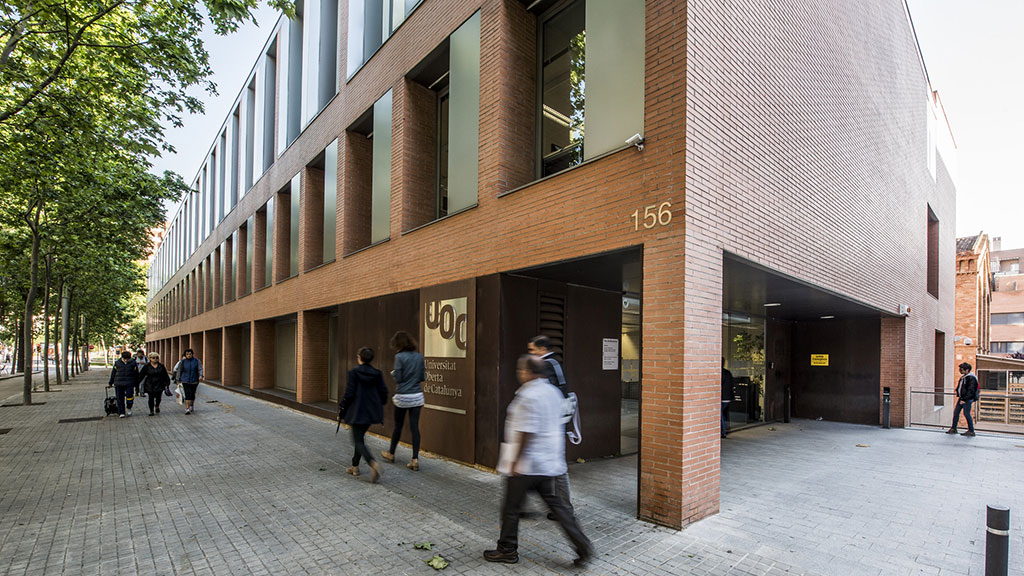 The UOC is a research university (photo: UOC)

The UOC is a research university (photo: UOC)

Funds secured for research have increased by 57%

Research and Innovation at the Universitat Oberta de Catalunya (UOC) is currently in a very good position. This is the takeaway from the analysis the UOC has conducted of the results of the University's strategy over the last seven years. The majority of the performance indicators point to a sustained upward trend.

"The evolution of research at the UOC in recent years has been remarkable," said Marta Aymerich, UOC Vice President for Strategic Planning and Research. "We have grown considerably thanks to the efforts of all our teaching and research staff, who we have tried to support to the very best of our abilities, promoting research grants and support structures."


Taking a look at the indicators for human and financial resources, we can see that the number of people carrying out research has seen sustained growth from 407 in 2014 to 521 in 2020. When it comes to research groups, the numbers have remained stable at around forty, with a small increase in the last year, to reach 51.

Another important figure is the amount of funding secured for research projects, which in the UOC's case has progressively grown from more than €2.1 million euros in 2014 to almost €4 million in 2020, an increase of 57%. Within this timeframe, most funds were raised in 2018, with a figure of more than 5.3 million euros. It should be noted that, of these funds raised, the majority were for competitive projects. Turning to the number of projects for which funds were secured, there were 123 in 2014 and 98 in 2020, with a peak of 147 in 2018. An upward trend is also seen in the evolution of applications submitted, as the seven-year period has seen a jump from 228 to 319 in 2020.

Twice as many research articles, and with a greater impact


The number of research articles has doubled, from 292 in 2014 to 589 in 2020, and their impact is greater, with a progressive and sustained growth. "It's important to ensure that research 'gets out there', in terms of a more academic context via indexing and in terms of society as a whole through open-access publishing (more than 60% of our academic output in 2020) or dissemination," stressed Aymerich. "A step forward in this reaching out is through knowledge transfer and exchange dynamics to apply the research to real problems. The pandemic has shown us how a joint global response in research has permitted the very speedy creation of vaccines. What we need to keep a hold of is this way of tackling the complexity we see today."

In this regard, the figures for the seven years show how the UOC boasted an increasingly high profile worldwide, as international collaboration in research articles has increased from 41% to 57%.

In terms of Spain as a whole, the UOC is again one of the fastest-growing universities. According to the CyD ranking, which applied performance indicators to some sixty Spanish universities between 2015 and 2019, the UOC was the university with the third-highest increase in international academic publications (over 12%) and the fourth in terms of publications per researcher, with a rise of 15%. On this point, Aymerich highlighted how academic publications have seen "constant growth over the last seven years, raising the UOC's profile". Another point worth stressing is that, in the ranking for the final year, the UOC is the leading online university for research. Likewise, some 133 doctoral theses have been completed at the UOC since 2014.


Aymerich noted that time is needed to measure the real transformational effects of research before we can start to analyse the data in detail. However, she highlighted the 30 industrial doctoral degree programmes (which involve projects developed alongside companies) during the 2014-2020 period, as "they are of special importance to the UOC, and help bring research closer to the business world".

Turning to in-force and licensed patents, from the Faculty of Computer Science, Multimedia and Telecommunications and the Internet Interdisciplinary Institute (IN3), it is here that sharpest growth has been seen, increasing from 4 in 2014 to 19 in 2020. A growth that, albeit more modestly, is also seen in spin-offs in operation. There was one in 2015 and there are now four; the latest, Xatkit, was created in 2021.


These indicators highlight the UOC's good results in terms of the work of its teaching and research staff, as well as the increased credibility of the research conducted. Nevertheless, it should not be forgotten that  results tend to come progressively – rather than in a linear fashion – and require constant investment.

"The 'maturing' process associated with a researcher's career takes over a decade. The skills required are not only those directly linked with research outcomes, but also with dissemination, impact, etc.," said Aymerich. "The appearance of new research methodologies and tools, in the field of social sciences too, as well as global, changing and complex problems call for a transdisciplinary approach and constant updating. All this requires training of our research force, to allow, over the course of the years, their research careers to bear fruit, on both an individual and an institutional level." All in all, Aymerich expressed her belief that the UOC can be confident in "continuing along the road mapped out in the Strategic Plan to recruit talent and develop projects, to publish and raise the profile of our research, and to increase its social impact. All of this with a firm commitment to the fields the University leads in: network society, e-learning and e-health."

The UOC was one of the first universities in Spain to sign this declaration of intent, which will lead to a shift in research assessment towards more qualitative, transparent, fair and inclusive formulas. The UOC also undertook to promote qualitative assessment of its own research based on the social impact of the results, assessment that goes beyond publication metrics.

All in all, as of today, in light of the data since 2014, Aymerich defined the current state of research at the UOC as "young" and "healthy". Looking to the future, she stated that she is confident of the University's R&I potential and that she has "great enthusiasm and a healthy ambition for tackling new challenges over the coming years."

Research at the UOC is on the rise