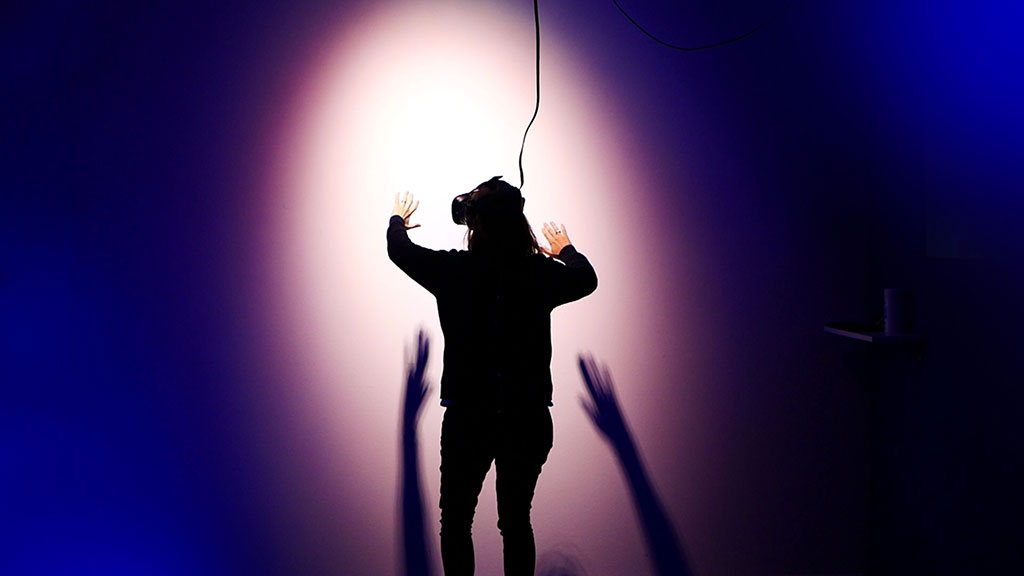 Using the VR tool alongside therapy may offer added value for young people, since it can improve adherence to treatment and increase the appeal of psychotherapy. (Photo: Stella Jacob, Unsplash)

Using the VR tool alongside therapy may offer added value for young people, since it can improve adherence to treatment and increase the appeal of psychotherapy. (Photo: Stella Jacob, Unsplash)

The trial, coordinated by the Universitat Oberta de Catalunya (UOC) and the University of Barcelona, will be the first ever study of the efficacy of psychotherapy for depression that is complemented by a virtual reality tool

It is aimed at young people aged between 18 and 29

Some studies have shown alarming numbers of young people suffering from symptoms of depression. "We're talking about numbers that reach up to 60%-80% of young people, including those diagnosed with mild symptoms. And the numbers have probably increased with the pandemic," explained Adrián Montesano, a researcher and member of the Faculty of Psychology and Education Sciences at the Universitat Oberta de Catalunya (UOC). "The symptoms are mild in most cases, but we know that the sooner these problems receive treatment, the less likely they are to persist in the long term or worsen," said Montesano.

A clinical trial coordinated by Montesano with the professor from the Faculty of Psychology of the UB and the Institute of Neurosciences of the UB (UBNeuro) Guillem Feixas will examine new tools to try to improve the psychological treatment these people receive. The study will examine the usefulness of personal construct therapy in young people between 18 and 29 years old with mild or moderate symptoms of depression. It will also explore whether it is more effective when implemented in conjunction with a new and pioneering virtual reality application. The trial is being funded by the Spanish Ministry of Science and Innovation.

"Personal construct therapy focuses above all on how people construct their reality, and the meaning they give to things that happen to them and to the people around them", said Montesano. Its results in recent decades have been positive, but "this is the first trial which has been carried out applying it specifically to young people with depressive symptoms", he added. Its efficacy will be compared with that of cognitive behavioural therapy, which is considered the benchmark therapy, and is based primarily on observable behaviours.

Virtual reality applications have also been tried in exposure therapies to treat some types of phobias, but "this is the first time that they are being researched in the treatment of depression and in psychotherapy in general", confirmed Montesano. The app, called EYME, is a pioneering development by the University of Barcelona. The system uses a prior interview to transform the meanings and important people in the individual's identity into a 3D space in the form of spheres and words. According to Montesano, this means it is possible "to accompany the person on a journey through their mind, through their universe of meanings and personal values, fostering therapeutic conversation. The algorithms it uses are based on the work that has been done over two decades, and we believe that it may have added value among young people, for whom it can improve adherence to treatment and the appeal of psychotherapy".

One of the keys to psychological therapy is the patient's involvement. Various types of psychotherapy have presented equivalent efficacy rates in overall terms, but approximately 35% of patients drop out of treatment before it is considered complete. If the clinical trial turns out to be positive, it would help broaden the range of options available. "Being able to personalize treatment based on personal preference is crucial," said Montesano.

The trial has already begun, and the first patients are already being seen at the universities involved, as well as at health centres and hospitals associated with the project. It will involve 225 patients, and recruitment will continue until early 2023. The candidates are young people between 18 and 29 years old with mild or moderate symptoms of depression, who will be offered "free therapy sessions of high scientific quality, conducted by expert professionals, as part of the study", explained Montesano. Volunteers can sign up at the project website.

"Interventions and research in psychotherapy have traditionally focused on the most severe forms, which has partially led to young people being under-represented," acknowledged Montesano. "Today we know that the sooner the problem is addressed, the better the long-term results, so the trend needs to be reversed. This is already happening in society, and it's something that must also happen in research," he concluded. Professor in the Faculty of Psychology and Education Sciences

Expert in: Models and change processes in psychotherapy, construction of self and identity, interpersonal relationships, sexual and couple therapy, family therapy.