«The international financial system impedes the growth of the collaborative economy» 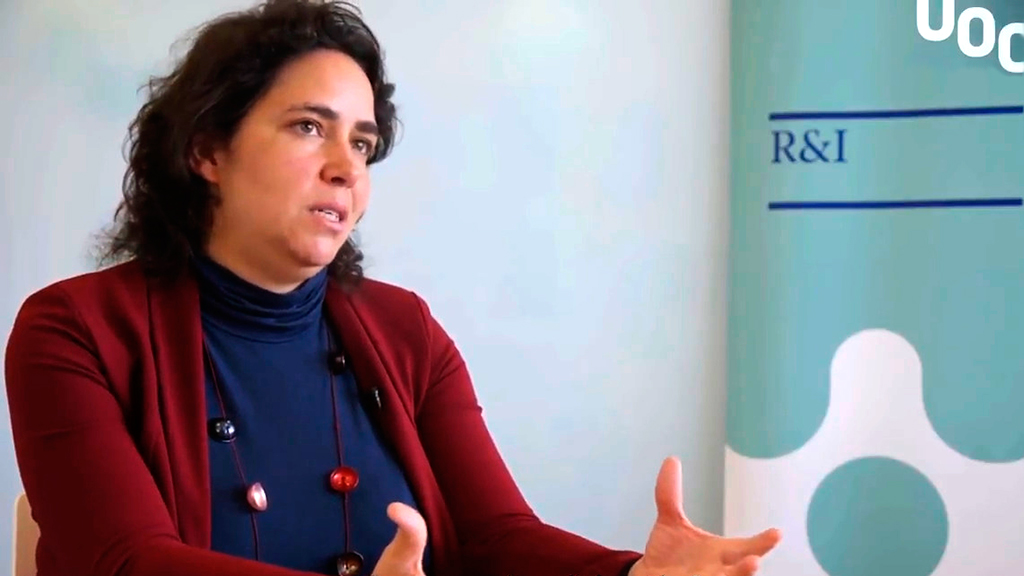 For five years the anthropologist and economist Mayo Fuster, who holds a PhD in Political and Social Sciences, worked for NGOs and social movement organizations. The Director of Research of the Digital Commons (DIMMONS) research group at the IN3, the UOC research centre, is an expert in socioeconomic innovation, specifically the collaborative economy. Fuster is also faculty associate at Harvard University and advisor to institutions such as Barcelona City Council and the European Commission, participating in international forums on alternative economic production models.

What are your research group's main areas of work?

DIMMONS has three major areas of research. First, socioeconomic innovation, commons-based peer production, and modes of distributed production from an economic point of view. In this respect, we analyse the volume of economic activity, economic impact and economic sustainability models. A second field of our research concerns the public policies of economic promotion and regulation, which is currently a burning issue, as proven by the fact that the European Court has questioned the model of Uber‒ a company that provides clients with a dynamic transport network through an app, its feasibility and the regulation that should be applied to it. Our third pillar is related to studying how collaborative and joint creation research methodologies can reinvent how research is carried out.

What is the collaborative economy about?

The collaborative (or sharing) economy involves peer production among a community of individuals with the support of a digital platform, capital and work, applicable to many fields. The initial collaborative economy model is known as the commons-based economy model, with which those interacting through the platforms have a degree of control over the value generated, from which they benefit. Recently, other collaborative economy models have been promoted, called unicorn, which are more corporate, such as multinationals with high venture capital financing ‒ Goldman Sachs in the case of Uber ‒ that externalize the production costs through a supply and demand platform, as in the case of Uber.

Is a for-profit collaborative economy possible?

Within the collaborative economy there are cases that are for-profit, which have an economic purpose, such as SmartIB, a Belgian cooperative of 9,000 people, which arrived in Catalonia two years ago and now has 900 members here. In this case, while there is economic production, they take profit distribution into account: the community controls the process collaboratively. This is quite different from the externalization of costs, as we mentioned in relation to Uber. Within the collaborative economy we find a range from SMEs to large enterprises and also foundations and associations that are not-for-profit but have a significant volume of economic activity. This is the case of Wikipedia, which has a budget of millions of dollars and works with a system of donations and generates a brand with a highly significant economic value. It is not-for-profit but there is an economic activity behind it and economic models to ensure its sustainability because the peer production costs are very high, such as its computer servers. There are initiatives that, without the new technologies, would not be possible or would be extremely expensive.

In our country, what cases of collaborative economies are successful?

Your expertise has recently taken you to New York and Harvard. What was the objective?

Given that one of our lines of research concerns public policies and the collaborative economy revolution, Barcelona City Council asked for our advice to see what kind of regulation and policies should be implemented. We believe that it would be important to create an ecosystem of jointly created public policies between the Council and the sector because there is a lack of knowledge within the Council and a lot of creativity in the sector. We signed an agreement with Barcelona City Council to lead the Secretariat for Collaborative Economy Policies and we give them support with the organization of an event of jointly created public policies called Procomuns, to be held this year on 27 and 28 June, where, among others, we analyse measures against cases of corruption or revolving doors. For instance, six months after leaving his position, the Head of Digital Policy at the European Commission went to work for Uber, or after leaving his position the President of the European Commission went to work with Goldman Sachs, one of the main founders of Uber. It is a field that has many conflicting interests and, in this respect, we are providing support to Barcelona City Council, which has become a benchmark in terms of jointly created collaborative economy policies compared to Amsterdam, with a more traditional approach, or Seoul, which is highly committed to the collaborative economy. Last year, Amsterdam City Council organized a meeting between cities and we were invited as experts. This year it was organized by New York City Council and we explained the support we are giving to Barcelona. After New York, we went to Harvard, where I am faculty associate affiliated to the Berkman Center.

You have recently participated in a European Commission meeting: what was it about? What does the European framework mean for your work?

I recently went to Brussels to participate in a conference organized by the Directorate-General for Internal Market, Industry, Entrepreneurship and SMEs (DG Grow) because the European Commission announced the European agenda for the collaborative economy together with its objectives. As the European Parliament is defining its position, I was asked to present my research on alternative collaborative economy models and how they work. This took place after the European Court had ruled ‒ still not definitively ‒ against the Uber model, which increases interest in other models.

As for research funding, I really like working in the field of European projects because it involves working with others, such as in the case of a project like Decode, which deals with the technological development of a platform for peer production. The European framework allows you to work with computer departments, associations, foundations or companies, together with the participation of councils and enterprises. Our research is more effective in a European project than in a merely academic field. In the European case, as a researcher, I really appreciate the fact that one of the assessment criteria is gender, bearing in mind the level of discrimination against women. In our research we pay great attention to the gender issue when conducting interviews or questionnaires and we feel we have a great deal of support with issues such as Responsible Research and Innovation (RRI) because we are a 100% open access group.

What are the main obstacles for the collaborative economy?

One is the international financial system, which has a highly speculative approach, in which the funding available to foster collaborative economy projects comes at a price. If you want to have venture financing you have to work with restricted knowledge and follow a highly predatory governance model. The second element is regulation. The most collaborative, open and social economic development models are penalized. If you look at how public procurement is done, the technology industry's main purchasers are the public authorities but the regulation penalizes collaborative initiatives such as Guifi.net preventing them from participating in public tenders. This is the year of the regulation and we will see how the European Commission or the Catalan Parliament regulates the collaborative economy. As in the case of women in many fields, there is a glass ceiling that prevents the collaborative economy from reaching these places. Nevertheless, it accounts for 8% of Barcelona's economy or 30% of Bologna's. It is proven that the development of SMEs brings about better quality work or has better impacts in terms of social responsibility, the environment or social and gender equality policies. If in a framework of great crisis for the European project the European Commission decided to commit to these models we would have more economic sovereignty, and discourses such as Trump's would not carry such weight.

Could you recommend some books about the collaborative economy?