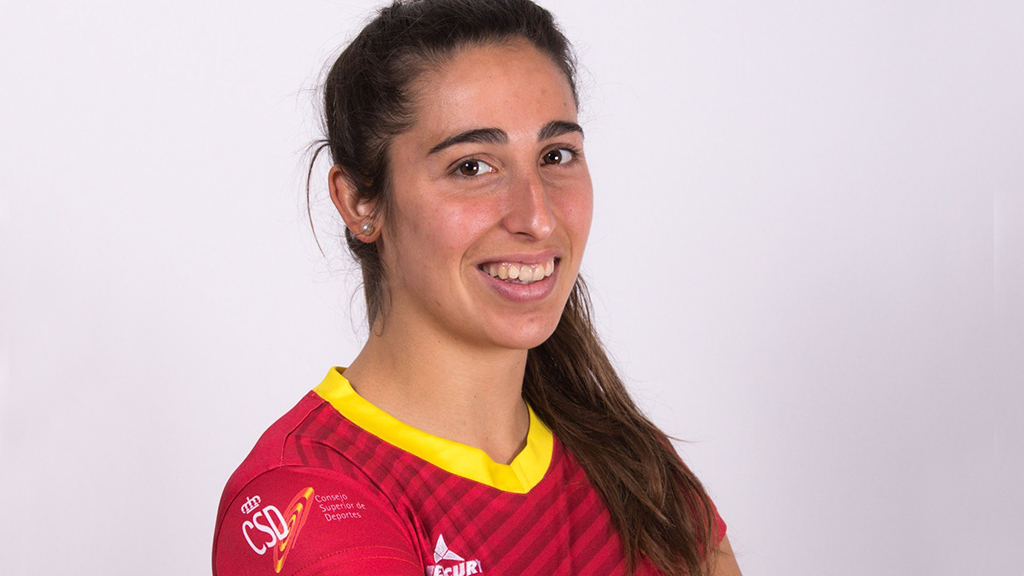 Júlia Pons: "The fact that I've been combining studying, training and playing for so many years means that I clearly know how much time I have available, and that's the key"

Júlia Pons: "The fact that I've been combining studying, training and playing for so many years means that I clearly know how much time I have available, and that's the key"

Some of the athletes competing in the upcoming Olympic Games in Tokyo are studying at our university. Júlia Pons Genescà is one of them. The 26-year-old Catalan is a top-ranking player at the Club Deportiu Terrassa Hockey and with the national field hockey team. Her education background includes a Bachelor's Degree in Primary Education from the Universitat Autònoma de Barcelona (UAB), and now she's studying for our Master’s Degree in Learning Difficulties and Language Disorders.

How did you start playing hockey?

Well, it's usually a sport that runs in the family: players start because almost all their family has played it. But that's not what happened with me. I started playing when I was ten, quite by chance, after taking it as an out-of-school option at the end of the academic year. Even so, you can safely say that, where I live (Matadepera/Terrassa), hockey really is the "top dog" in terms of sports.

How did things progress?

I started off at a small club, Matadepera 88 Hoquei. It's there that I began to stand out and was picked by the Catalan team for a regional championship. They soon began picking me for the Spanish Under-16 squad, too, and advised me to switch to a club that would allow me to compete at a higher level. So it was that I decided to play for CD Terrassa Hockey, and that's where I've remained, except for a year at Club Egara.

What have been your main sporting achievements?

At a club level, I've won four Catalan championships, a club league with CD Terrassa and two bronze medals in the Queen's Cup. With the national squads, I've played at all the lower levels, for both Catalonia and Spain. I started with the main women's team aged 18 and, since then, I've played 174 official matches. The most important trophies so far have been a historic bronze medal at the 2018 London World Cup and another bronze at the 2019 European Championship in Antwerp. I went to the 2016 Rio Games as a reserve, but didn't get to play.

And now, in just a few days, I'll be going to Japan to take part in the Olympics there. What does that mean to you?

For me, it's a dream come true. It's a tribute to my dedication, sacrifices, will to succeed and hard work over many years. Five years ago, I was on the edge of taking part in the 2016 Rio Games. I went there, but as a reserve. It was honestly very hard. It was the very first time since I became a member of the national squad that I wasn't on the list of those taking part in a championship, and this was every athlete's top championship. So, today, I'm really happy to be able to say that I've been chosen as one of the 16 players who'll be taking part in the 2020(21) Tokyo Olympic Games. I think the fact that I was left out of the previous ones makes me appreciate it even more. It's been really tough, a lot has had to happen to be able to achieve this.

What are you expecting of an Olympic experience that's going to be a bit "different" because of the pandemic?

Obviously, this is going to be a very different Olympic experience. COVID-19 has upended the whole world, so the Games will clearly be affected, but you have to look on the bright side and I'm really pleased that, even though they've had to be postponed for a year, the Games are finally being held. However, they will change in terms of the social experience, and I think it'll be a very big change. There'll be distancing and very strict health measures, so things like meeting other athletes, watching other sports or even going on tourist trips around the country won't be possible. In that regard, although I didn't actually compete, I was able to experience the Rio Games and so I can say that I have experienced a "normal" Olympic Village.

What has been the most difficult aspect of combining your sporting activities and your master's degree studies during this crazy last year?

Perhaps the most difficult thing was deciding how many courses to take. Also working out how to get organized and make the best use of available time to study.

What do you think are the keys to being able to organize your time?

The fact that I've been combining studying, training and playing for so many years means that I clearly know how much time I have available, and I think that's the key. When my coach sends us the schedule I decide how many courses I'll take. I always look for a balance between the maximum number of courses and the amount of training sessions, team camps and competitions. Once you're stuck into the academic year, it's a matter of making the best possible use of your time to continue handing things in on time. Sometimes working in a group is a little more complicated, but it's a matter of explaining your situation to your classmates.

Haven't you ever considered taking a short break in your education?

After I finished my Bachelor's Degree in Primary Education, I took a year off to think about what I wanted to do. But even then I continued to study English and took the chance to get the C2 certificate in Catalan. I thinks it's important to continue educating yourself, with a view to both your professional future and to keeping your mind active, and I also find that it helps me when it comes to competing.

Have you received any help from the University or from your tutor? What kind of support do you most appreciate?

The UOC give us a small discount on enrolment as elite athletes and, starting this year, they also provide us with a "sports tutor". The truth is I haven't needed the tutor to become involved in, for example, changing a deadline for handing something in, but he's aware of my timetable and has been encouraging me, particularly in the periods with most deadlines. I think it's a great service!

Any advice for other sportspersons studying at the UOC?

Well, it's not exactly advice, but I'd like to stress the importance of continuing to educate yourself. The day will come when you have to retire, and if you've received a good education, it'll be easier to join the world of work.

Are there any of the UOC's many online learning tools that you particularly like?

This academic year, I've been using the Presenta tool a lot. I think it's interesting that many activities require you to publish videos. I feel it's a great way to get to know your classmates better, because, being a distance university, there might not be much interaction or it may take place only via the Forum.

How do you see your professional future in the long term?

The truth is that I've always seen myself as a primary school teacher. I'm sure I'll still be linked to the world of sport in some way, but I don't think it'll be in a professional capacity.