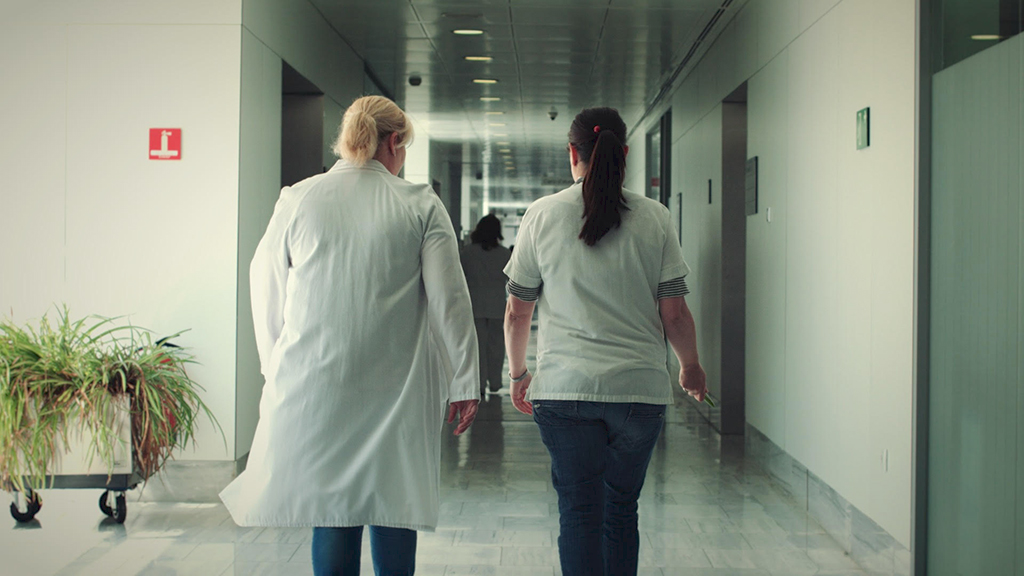 It will specialize in research, training and consultancy and collaborate with the world's leading centres in Canada and Norway

This Wednesday, the Universitat Oberta de Catalunya (UOC) launched the first academic centre in southern Europe specializing in eHealth, the eHealth Center, at an act held in the Sala Europa of the Representation of the European Commission in Barcelona. The act was attended by Josep A. Planell, President of the UOC; Marta Aymerich, Vice President for Strategic Planning and Research at the UOC; Antoni Comín, the Government of Catalonia's Minister for Health; Xavier Prats Monné, the European Commission's Director-General for Health and Food Safety, and Manuel Armayones, Director of Development of the eHealth Center and professor in the UOC's Faculty of Psychology and Education Sciences.

The new academic centre will bring together all the knowledge generated at the UOC in the sphere of online health, in other words, including all the information and communication technologies (ICTs) aimed at promoting, maintaining and recovering health and well-being. The eHealth Center will have its own physical space in the UOC building at 22@ and for its roll-out there will be an initial investment of1.5 million euros during the first three years. In parallel, for its day-to-day operation, there will be an allocation of 2.5 million euros per year, this represents 30% of the budget the UOC dedicates to research.

The eHealth Center will carry out research, training and consultancy, and will specialize in four spheres of knowledge: a) education and empowerment for health and digital skills; b) design and evaluation of eHealth interventions, including mobile technology (health applications); c) data science; and, finally d) eHealth and equality.


A pioneering and transdisciplinary centre

The centre has a strong transdisciplinary outlook and will cover the seven faculties that make up the University. Proof of this is that the management team, in addition to Aymerich and Armayones, will be made up of Pilar García Lorda, Dean of the Faculty of Health Sciences; Josep Prieto, Dean of the Faculty of Computer Science, Multimedia and Telecommunications; Pastora Martínez, Vice President for Globalization and Cooperation, and Marc Alabert, the UOC's Director of Strategic Planning. Furthermore, this coordinating team will have at its disposal a scientific and technical team made up of management experts and professors from all the UOC faculties that carry out research on the interaction between ICTs and health, in addition to an advisory board.

The members that make up this advisory board include the European Commission's Director-General for Health and Food Safety, Xavier Prats Monné; Head of Preventive Medicine and Epidemiology at Hospital Clínic de Barcelona, Antoni Trilla; Director of the Vall d’Hebron Research Institute (VHIR), Joan Comella; the Spanish coordinator of the European Patients Academy on Therapeutic Innovation (EUPATI), Sara Pérez; Director of the University of Toronto's Institute for Global Health Equity and Innovation, Alejandro Jadad; and also Itziar Larizgoitia, of the World Health Organization Evaluation Office.

What is more, this academic centre will work from a perspective of “salutogenesis”, in other words, it will focus on the social factors that explain why citizens keep themselves healthy, rather than why they become ill. Therefore, the focus will be on the person and on the physical, psychological and social factors that contribute to maintaining and improving health.

In recent months, the UOC has conducted international negotiations which have allowed it to reach agreements with academic institutions in other countries. Consequently, the eHealth Center will sign a cooperation agreement with the Center for Global eHealth Innovation and with the Institute for Global Health Innovation and Equity, both based in Toronto (Canada) and both leaders in their respective fields, in order to become their strategic partner in southern Europe and establish a stable network of academic and research centres in eHealth.? It will also collaborate with the Norwegian Center for eHealth Research, based in Tromsø (Norway), in fields such as research and the exchange of professors.

The launch of the eHealth Center was also an opportunity to publicize an awareness campaign, which aims to raise awareness of the importance of eHealth through a video. It contains five facts related to online health in question form, to allow greater understanding of the importance of this sphere. The video also wishes to make it clear that the eHealth Center is eminently practical, given that it will deal with issues that affect the population, such as the difficulties and barriers in understanding health-related information. At the same time, it will bring the different digital applications that are emerging within the reach of society.

The UOC eHealth Center is among the initiatives recommended in the European Commission's eHealth Action Plan 2012-2020, as well as in the route map which sets out the different actions to be implemented within this sphere by the Government of Catalonia and the Ministry of Health. Consequently, the aims of this new academic centre are in line with the European guidelines, such as the promotion of healthy habits, the empowerment of citizens, the design of solutions that focus on people and access to information on minority illnesses, among others.