The feminist economy makes headway in the wake of COVID-19 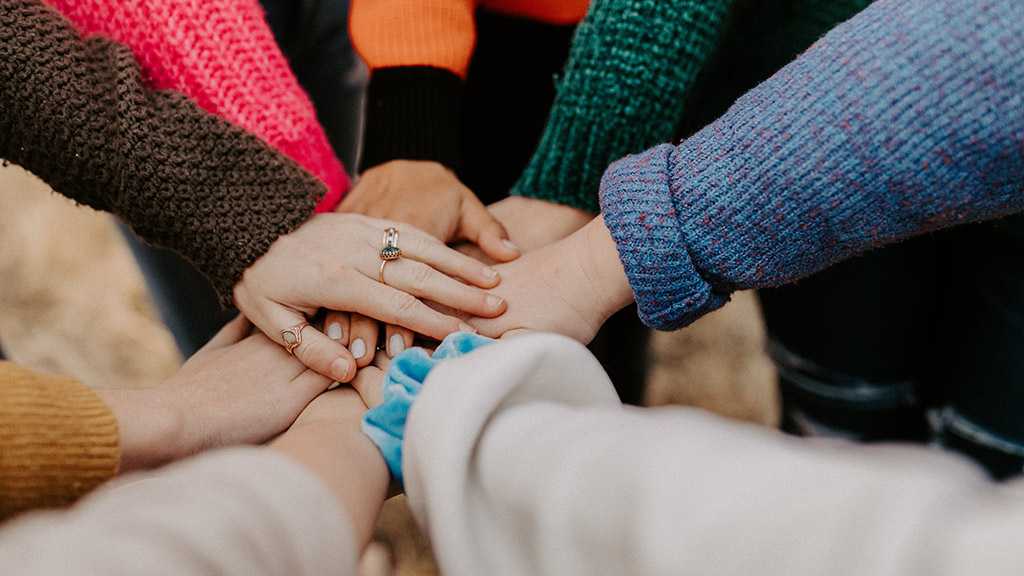 The COVID-19 crisis is serving to effect radical change in the economic model, opening the door to a new perspective that incorporates some of the values and principles that the feminist movement has been demanding for a long time. Concepts such as valuing life and the care of others, the common good, open knowledge and mutual support have suddenly been placed at the heart of the productive system.

"We are currently facing a real change in era. Despite some indications of shifting forces being seen previously, that has now been accelerated as a result of the COVID-19 crisis, opening the door to certain encouraging elements and opportunities with respect to feminist demands for a change of economic model," explained Mayo Fuster, principal investigator from the Dimmons research group, part of the Universitat Oberta de Catalunya's Internet Interdisciplinary Institute (IN3).

According to Fuster, at times such as these when we are seeing such a global sense of shared vulnerability, life is being valued over the economy, with greater emphasis on the importance of the public sector and the common good, as well as certain values, such as solidarity.

Similarly, there is also a move towards the increased digitization of the economy, which is producing an exponential rise in networking collaborations and distributed production mediated by digital platforms, as well as an explosion of open knowledge and data centrality. These elements, applied in a race against the clock within the context of the current health emergency, have served to deliver various kinds of medical and protective equipment in record time to support the healthcare system in the battle against the pandemic. And all courtesy of the public initiative shown by a variety of makers' groups, women's networks, as well as organizations and companies across diverse sectors that have worked together with health centres and public institutions in order to achieve a common goal.

Fuster has, however, also flagged up a number of risks associated with this increase in the importance of digital and platform economies, such as the increased gender inequalities inherent to this mode of production and the creation of new classes of workers and, if unchecked, the potential for generating new inequalities which would need to be countered by public policies.

The care economy during the coronavirus

Fuster also pointed out that the current COVID-19 emergency is also acting to highlight the importance of care-related jobs that have previously been drastically overlooked: "Care is also an economy – a reproductive economy. That is something which has been ignored by society to date but is now becoming more apparent than ever. Which is why we say that the coronavirus is exposing the crisis of care that has existed for many years and pushing it to the limit."

Furthermore, the lockdown ordered by the Spanish Government, which has led to the closure of schools and the total or partial closure of many companies, has resulted in the need for a large number of people to work from home. In turn this has created a situation that obliges many workers to reconcile work demands with household chores and family care duties, whether it is looking after children or individuals with special needs, such as sick or elderly relatives or those with disabilities. And all with the additional challenge of it not just being a matter of combining these two, often conflicting, areas of work and family life, but addressing them simultaneously.

This context is putting extra pressure on families and, to a large extent, women, who are still today often the primary carers. It is important to note that, according to the National Institute of Statistics (INE), women spend an average of four hours a day carrying out care-related duties, compared to two hours for men.

"Teleworking is extremely challenging and hard to balance in this current, highly unusual situation and, as a consequence, it creates enormous strain," said Mayo Fuster, going on to warn that, "If this situation goes on for an extended period, the health of those providing care under these conditions will inevitably suffer and this must be avoided. It is vital to appreciate the need to care for the carers."

In the researcher's opinion, working from home in adverse lockdown conditions will also necessarily lead to a reduction in productivity, a viable solution to which she suggests may be to agree, collectively and with the intervention of the Government, on other complementary measures, such as a reduction in working hours or a lighter workload for those having to juggle teleworking with care responsibilities.

The onset of the pandemic and the imposed state of alarm has resulted in the creation of a variety of organized movements to represent domestic workers, traditionally one of the most vulnerable groups, in order to organize a response and raise awareness of their plight after being overlooked in the initial wave of measures adopted by the Government to alleviate the coronavirus crisis.

The community, made up of some 600,000 people, of which more than 90% are women, spoke out to assert their rights and subsequently successfully managed to secure a subsidy to help those workers who had been made redundant and had their contracts suspended due to the health situation. However, according to the entities representing the collective, these measures fall short of being able to ensure the protection of the workers in this sector given that, according to official statistics, at least a third, equating to a total of 200,000 people, are currently working without a contract.

To address this situation, the Asociación Mujeres Migrantes Diversas (Diverse Migrant Women Association) have set up a space for donations to support women who are struggling despite the measures implemented by the Government. The initiative, entitled "Care for your carers", has raised funds of over €18,000 which will be made available to approximately 300 domestic and care workers in the next two months to cover rent, child support and relocation costs.

Other similar recent initiatives include that coordinated by the organization, Trabajadoras No Domesticadas (Workers not Home Helps), which is offering the community free legal advice via the online platform, interdependientes.org.

Another consequence of the lockdown that needs to be considered is the resulting exponential increase in gender-based violence. "Not only do women have to reconcile their working lives with an uneven distribution of care duties, but also with all kinds of abuse (physical, psychological, economic and sexual), which undoubtedly adversely effects the economic model and impacts on the economy," said Fuster, stressing that this violence against women must not be ignored in the plans being put together in the wake of the coronavirus economic crisis.