Announcing Greta, the Alexa of the tour and art guide world 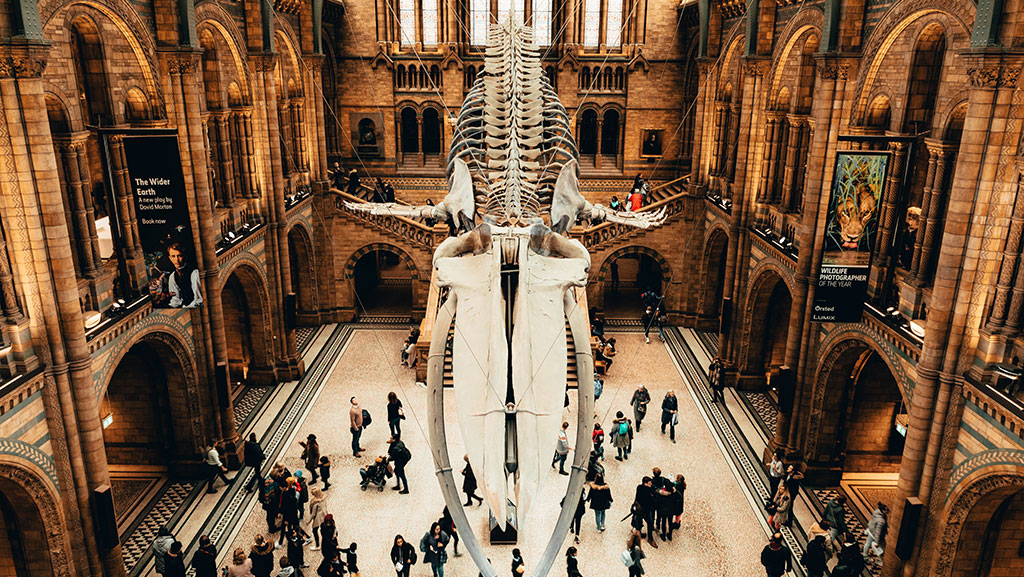 A group of three professionals, who have come together under the umbrella of The Greta Project, are working on developing a new artificial intelligence solution that will enable users to enjoy tailor-made tour and art guides. The project aims to develop what is known as an APK file for mobile telephones that, in the words of the project leader, Xavier Domènech, will mean the promotion of a "new generation of audio-guides". The technological initiative has earned a spot among the finalists at this year's SpinUOC, the university's annual entrepreneurship programme promoted on the Hubbik platform.

A graduate of the UOC Bachelor's Degree in Business Administration and Management, Domènech explained that Greta goes one step further than the audio-guides that everyone knows, which are usually the playback of mp3 files or work using smartphones, providing multimedia content. The group he coordinates is now busy creating a "new generation", which will be an artificial intelligence-based multimedia guide that features a voice interface. This means that the device will be able talk with users in completely two-way conversations.

According to Domènech, one of the advances is that whereas audio-guide functions have to be activated using buttons or touch screens, with Greta – which would have a verbal hypertext function – you simply need to talk to the device the same way you would with the widely-known Alexa. Greta could talk to users to offer them information about the painting technique of any picture on a tour through an exhibition, as well as any other information referring to the painter and their work. Domènech explained: "What we do is work with very complete scripts, where as well as standard explanations of the works, which is how an audio-guide works, we gather the most commonly-asked questions to answer the users' queries." The project's promoters argue that with Greta, "the visitor's experience will be more natural as it's like having your own private human tour guide with all the museum's information".

Users can wander around the site at their leisure, looking at the items on display and asking Greta directly any question that may occur to them. As well as this, Greta will also adopt a proactive attitude with the user and suggest information according to their location. Domènech said: "What we do is create a computer 'frame' to receive information, which is structured and prepared, and every museum will be an independent production where the centre decides the itineraries it wants to include and the information that is added to this 'frame'."

A solution with multiple advantages

Domènech believes that this technological solution will have a great many advantages besides offering an improved visitor experience. There are also benefits for museums, which will enjoy reduced productions costs compared with a traditional guide. The entrepreneur commented: "We save on the narration, which is a significant part of the cost of an audio-guide." This is an aspect that may be very attractive to museums and arts centres because "things are always going on in a museum – a painting is loaned or there's a change of curator – and all this means that the audio-guide has to be tweaked". With Greta, content changes can be made directly in the built solution's backend. There is no need to start a whole production process, redo the script and work on the narration again in a recording studio.

Another of Greta's advantages compared with an audio-guide is that where the latter offers limited interaction, the new tool affords many more possibilities. For museums, it also has the advantage that the discourse displayed "is much more faithful and controllable", in line with what the centre wants to explain. Domènech recalled that "when you work with human guides, you have to conduct regular quality tests as they sometimes make their own contribution to the discourse, and that doesn't go down too well with museum directors". The project developers also hope to see the solution adapt as much as possible to the user according to their profile and taking into account such aspects as age, language, cultural background or their level of knowledge of a subject.

Greta's creators believe that a wide range of groups could benefit from this technological solution, including older people. Domènech said this: "There are niche audiences that are often excluded from touch screens and normal audio-guides with buttons; meanwhile, the technology we're proposing adapts to them". Greta is an example of the possibilities that artificial intelligence can offer museums. The project leader explained: "We're on the brink of a revolution akin to that of the mouse or the touch screen, which greatly revolutionized interaction with technology." According to Domènech, voice interfaces "will be an even stronger revolution, especially in terms of inclusion". In fact, according to figures from the Organisation for Economic Co-operation and Development (OECD), the fraction of people who cannot do complex tasks with technological tools is in excess of 60% of the population aged between 18 and 65. "This is an extraordinary figure if we consider that it doesn't include the age range that suffers most from the digital divide: the over-65s," Domènech warned.

Greta's creators expect to be able to finalize the first collaboration agreements over the coming semester, coinciding with the end of the first alpha version, and develop it commercially during the course of 2021.