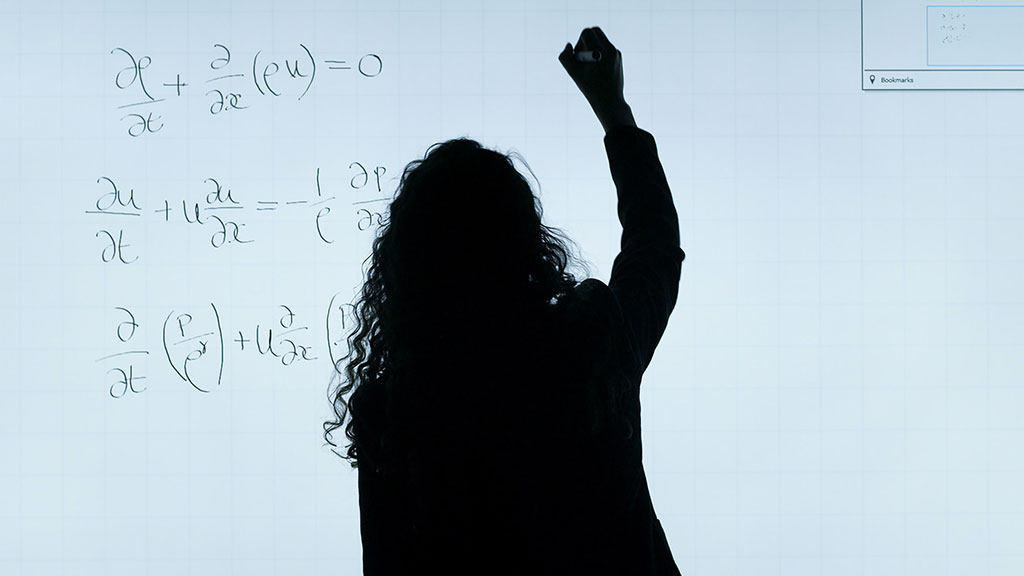 The director of the UOC's GenTIC research group, Milagros Sáinz, is collaborating on a study that evaluates the effectiveness of female role models in promoting scientific and technological vocations for girls

According to data published by the Organization for Economic Co-operation and Development (OECD), female participation in the labour market has risen over the past 35 years, with women now accounting for 52.5% of the total workforce. Despite this increase, gender equality in the workplace is still far from a reality. In traditionally male-dominated fields, such as those known by the STEM acronym (for science, technology, engineering and mathematics), only two of every ten positions are occupied by women.

This underrepresentation distances women from accessing leadership positions and results in the exclusion of the feminine perspective in creating and developing solutions in the digital transformation era. It also leads to an absence of role models that showcase the contributions made by women in these areas, which may in turn cause children and teens to mistakenly think that the talent and skills required to pursue STEM careers are correlated with masculinity.

As such, in a study published in the open access journal Frontiers in Psychology, a team of researchers led by the director of the GenTIC (Gender and ICT) research group at the Universitat Oberta de Catalunya (UOC) Internet Interdisciplinary Institute (IN3), Milagros Sáinz, have demonstrated the impact of female role models in influencing girls' preferences for studying STEM subjects.

The researchers evaluated the effectiveness of an intervention implemented in sixteen schools in various cities around Spain, involving the participation of 304 girls aged between twelve and sixteen. The intervention formed part of a programme developed by the Inspiring Girls Foundation to promote scientific and technological vocations for girls. This programme involves recruiting successful women working in STEM fields as volunteers to go into schools to talk to the children about their careers. The hope is that this contact with female role models will serve to prevent the perpetuation of gender stereotyping in relation to STEM subject competency and encourage girls to opt to study on university programmes in these fields.

"From a very early age, around the age of six, girls are conditioned to think that they are not as good at maths as their male counterparts. This programme, however, focuses on girls in secondary education aged between twelve and seventeen, as this represents a crucial time during which they have to make choices about which academic path to follow," explained Sáinz.

The youngsters who participated in the study, which examined their perceptions in relation to mathematics, were asked to complete a questionnaire both before and after the talks in which they needed to rate the validity of statements, such as 'Maths is more important for boys', 'Boys are better at maths than girls,' and 'I am talented at maths.'

The aim was to analyse the extent to which the intervention – attending the talks given by successful women working in STEM – changed the girls' perceptions about whether women are able to succeed in these fields and whether it increased the likelihood of them choosing to go on to study a STEM subject at university.

"We observed how effective the sessions were in neutralizing the negative effects of gender stereotypes, which advocate that girls have less of an affinity for mathematics, in relation to their predisposition to choose to study STEM subjects," stressed Sáinz.

Thus, according to the results of the study, coming into contact with successful women working in traditionally male-dominated STEM fields helps promote an interest in these areas of study for girls. "The sessions with the role models also showed the girls a reality that was contrary to established gender stereotypes regarding the kind of people that supposedly work in these sectors and the requirements needed to enter them," the UOC researcher pointed out.

The role played by families and teachers

Sáinz has also recently published another study, again in the Frontiers in Psychology journal, on how the assessments made, often unconsciously, by parents and teachers with regard to the academic skills of adolescents help to reinforce gender stereotypes and roles. Surprisingly, the researchers identified a discrepancy between the actual academic performance of students and the perception of their abilities by parents and teachers.

In fact, the study, which involved eight focus groups made up of 39 parents and 34 secondary school teachers, showed that many adults are unaware that girls achieve higher grades across all subjects, including those traditionally associated with masculine roles, such as maths, technology, physics and chemistry.

Many of them also continue to attribute academic performance to biological or genetic differences, without reflecting on the implications of this or on how these misconceptions contribute to replicating gender biases and perpetuating a socialization process based on emphasizing the differences between men and women.

"Although some parents and teachers are aware of this, they don't possess the strategies to combat these gender biases," said Sáinz. As such, the researcher suggests that efforts still need to be made to seek strategies to effectively combat these biases through training and intervention programmes aimed at families and the educational community.

This last study received funding from the Spanish Ministry of Science and Innovation (FEM-2014-55096-R) and the European Regional Development Fund (ERDF).

The UOC’s research and innovation (R&I) contribute to solving the challenges facing the global societies of the 21st century by studying ICTs’ interactions with human activity, with a specific focus on e-learning and e-health. Over 400 researchers and 50 research groups work among the University's seven faculties and three research centres: the Internet Interdisciplinary Institute (IN3), the eLearn Center (eLC) and the eHealth Center (eHC).