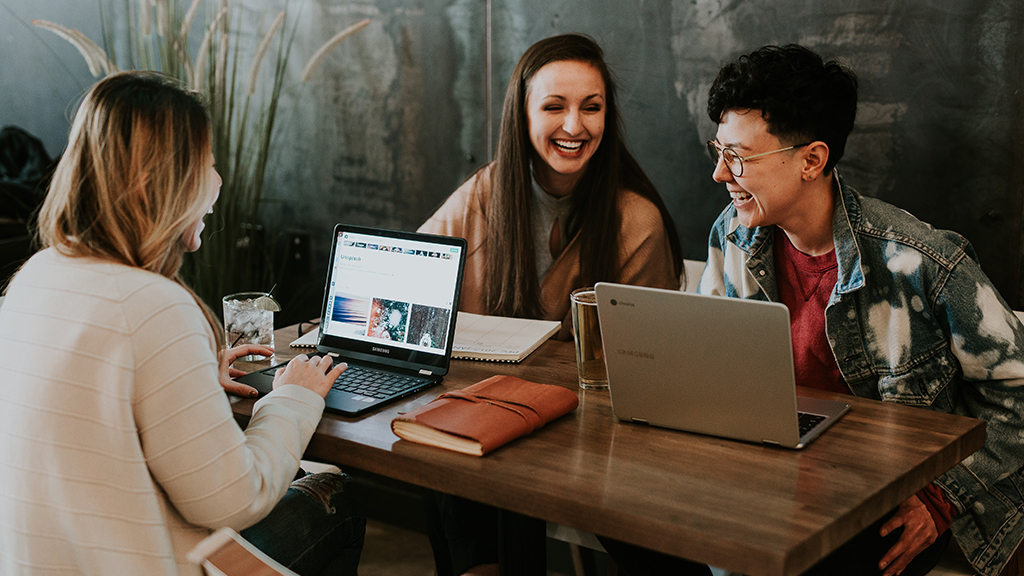 The Barcelona UOC Chair in Digital Economy (Open Chair) will allocate €85,000 in municipal resources by way of matchfunding for the selected initiatives

The campaign will be launched on 11 November, and contributions can be made on the goteo.org website

The verdict has taken into account factors such as social and solidarity economy criteria, the gender perspective, economic sustainability and commitment to participation in the MatchImpulsa programme

MatchImpulsa, the Chair's flagship programme, boasts the participation of 20 companies and 153 professionals, 49.6% from associations, 32% from cooperatives, 11% from trading companies and 8% from foundations. There is a significant presence of women (66%) and non-binary people (4%)

Barcelona City Council (through Barcelona Activa) and the Universitat Oberta de Catalunya (with its Dimmons research group) are launching a matchfunding campaign with the Goteo Foundation to collectively fund activities from new projects in Barcelona that foster the digital platformization of key social and economic sectors and that promote gender equality and free and open software and knowledge. The campaign was presented on 10 November, kicked off on the following day and will last for five weeks.

This is a project funding process that, in addition to contributions made by the public via crowdfunding campaigns, is matched by public money. The institutions, via the Barcelona UOC Chair in Digital Economy (Open Chair), will make €85,000 (excluding VAT) available for the matchfunding of the selected initiatives. The initiatives will themselves have to secure €4,000 through the crowdfunding campaign to be able to access the matchfunding and form part of the MatchImpulsa 10 programme, which represents the final stage of the MatchImpulsa platformization, the Chair's flagship programme.

The shift made by the social and solidarity economy, which represents some 9% of the city's GDP, towards platform cooperativism models with a gender perspective broadens the scope of action of projects and the creation of new opportunities. These are elements that contribute to an improvement of people's well-being and the right to the city, which are core objectives of the Open Chair and which are aligned with the #ESSBCN2030 city strategy and the Barcelona Agenda 2030 for digitalizing the sector.

Social and solidarity economy companies and undertakings participating in MatchImpulsa 10 will be able to progress towards the definition of their technological briefing and the production of platform prototypes and/or the improvement of their existing platformization project in 2022, thanks to the support of experts in the fields of technology, economic sustainability and the implementation of equality measures and plans, such as Margarita Padilla, Martha Gòmez, Patricia Luján, Carlos Guadian, David Gómez, Doris Obermair, Enrique Rodríguez García, Ferran Reyes, Genís Roca, Ines Alcolea, Josian Llorente, Meritxell Reves, Pau Serrat, Pilar Rubio, Sergi Alonso, Sergi Frías and Patricia Carrasco. What's more, the programme also includes training and networking sessions with other organizations.

This is the second time that a system like this has been used in a municipal call. On the first occasion, the "Conjuntament" (Together) programme supported projects linked to local development. The companies also received advice and guidance on how to launch the crowdfunding campaign and ended up obtaining 2.5 times more collective investment than the total budget foreseen as municipal aid. That is, the aid that they received was 3.5 times that initially envisaged.

Open Chair Director Mayo Fuster Morell highlighted the fact that MatchImpulsa is a world pioneer in transdisciplinarily feminist digitization programmes. "It follows a model for the economy promoting the preservation of life, the work-life balance, inclusion and the participation of women with a minimum quota of 40%, amongst other things", explained Fuster Morell. Additionally, MatchImpulsa encourages the formulation of budgets with a gender perspective, a commitment to the Strategy against the Feminisation of Poverty and Job Insecurity and the bolstering of the creation of networks via the feminist digital ecosystem.

The verdict has been reached by a committee of experts on the basis of criteria including the social and solidarity economy, the gender perspective, economic sustainability and a commitment to participating in MatchImpulsa, such as 70% of the code or content defined in the platformization project being open, 10% of the total budget being assigned to inclusivity and equality in the proposal, the economic and technical sustainability of the organization and attendance at 50% of the training and networking sessions planned for the MatchImpulsa 20 programme.

MatchImpulsa celebrates its success and moves on to new project phases

MatchImpulsa is one of the first programmes specifically aimed at the digitalization of the social and solidarity economy. MatchImpulsa's mission is for organizations and companies from this economic sphere to fully embrace the digital economy at a time of change of business and consumption model which has accelerated since the beginning of the pandemic.

Barcelona City Council, via Barcelona Activa, and the Universitat Oberta de Catalunya created the MatchImpulsa programme within the framework of the launch of the Barcelona UOC Chair in Digital Economy last May. The total cost of this chair for the years 2020-2021 is €701,500, and Barcelona City Council has undertaken to contribute 55% of the total for this period.

After the success achieved in the first phases of the digitalization project, MatchImpulsa is now shifting gears and moving into a new phase backed by a matchfunding campaign.

Since the start of the programme, MatchImpulsa has had 153 registrees, half of which (49.6%) are associations, with the other half being spread across cooperatives (31.9%), companies (10.9%) and foundations (7.6%). Looking at gender, a substantial 66% of participants are women, followed by 30.1% who identify as men. Moreover, 4 out of every 100 participants (3.9%) identify as non-binary, which shows the programme's commitment to gender inclusion.

In MatchImpulsa+100, the initial programme for organizations in the matchfunding campaign, education, consumer awareness and the ecological transition, food, technology and culture were the main strategic sectors which were dedicated, above all, to serving people, to the field of communication and information and to social and community welfare. At the second stage of digitalization, MatchImpulsa 20, 65.6 % of the 27 organizations taking part are women-focused and, as far as fields of activities are concerned, particularly significant was agroecology, at 15.6%, followed by feminism at 12.5%. The programme also boasts the participation of 24 organizations acting as experts in the field of technology and 17 in that of equality.

The impact sought by the Barcelona UOC Chair in Digital Economy. For a sharing economy centred on people's well-being and the right to the city includes the following public policy goals: