Menu
Listen
How can we help children with autism or language disorders to understand others?

The researcher Esteve-Gibert will study the language comprehension of 250 children from Catalan schools (Photo: Ksenia Chernaya/Pexels)

A UOC project assesses the role of speech intonation and gestures in the communication of typically developing children, children with developmental language disorder and children with autism spectrum disorder

The study, funded by the Spanish Ministry of Science and Innovation, is to take place over three years with the participation of around 250 children from different schools in Catalonia

The research will also help to improve interventions, treatments and tools to boost children's language comprehension

Detecting language comprehension difficulties in children is one of the most complex challenges in linguistic research. The different factors involved in communication – including each child's individual cognitive and linguistic abilities, interpersonal skills and many other factors – make it difficult both to diagnose and to implement specific interventions to help improve language comprehension.

A project led by the Universitat Oberta de Catalunya (UOC), called PROGESPRAG (Prosody, Gestures and Pragmatics), is now going to evaluate the linguistic and communicative mechanisms in child development that promote the ability to understand others beyond the literal meaning of words. In particular, it will analyse aspects such as speech prosody and gestural communication in children with developmental language disorder (DLD) or autism spectrum disorder (ASD).

"Its aim is to explore two elements of communication and language that we believe can help children with DLD or ASD in the process of language comprehension, such as speech intonation and body gestures. These are two very important elements in communication but they have not been studied as much as other aspects, such as syntax or vocabulary, when assessing how children speak or understand language," said Núria Esteve-Gibert, who is the leader of this project, a member of the Cognition and Language Research Group (GRECIL) at the UOC's eHealth Center, and director of the UOC's Master's Degree in Learning Difficulties and Language Disorders.

Analysis of the mechanisms of linguistic and gestural perception

In particular, this work team will study the prosodic and gestural mechanisms that contribute to child development and the ability of children to understand language and communication beyond the literal meaning of words. "Language involves a complex perception because it is highly dependent on the intention with which the arguments are transmitted at any given moment and on the person we are communicating with. Furthermore, our understanding of the message is influenced by many factors in our environment and context, such as cognitive fatigue or what we think others mean, all of which influence the purpose and understanding of language. Capturing the intonational nuances and gestures that support speech, such as intonation and gesturing, can help children with socio-cognitive and grammatical processing problems to interpret the communicative intent of others," she said.

The project will analyse language comprehension in 250 children between the ages of 5 and 10 from different schools in Catalonia who are developing typically, have a developmental language disorder (DLD) or have autism spectrum disorder (ASD), comparing the results between these three groups.

"In this case, children with autism, for example, do not struggle so much with language, but more with the social and communicative content of social interactions, but these difficulties can also have repercussions on language. In addition, they struggle to integrate information from different senses. That is why, in this project, we want to see if prosody and gestures can help them to decipher the information we transmit more easily and quickly," explained Esteve-Gibert.

In Spain, an estimated 50,000 children suffer from autism spectrum disorder. For its part, developmental language disorder or DLD (also known as specific language impairment, SLI) is estimated to affect around 7% of the child population, which amounts to 300,000 children under the age of 12. Both disorders are associated with problems with speech and comprehension, as well as the ability to express opinions, thoughts and feelings.

In addition, the study will also assess in real time how children process linguistic and prosodic nuances in speech, as well as gestures. In this sense, aspects such as intonation, speech rhythm, body movements, gestures and facial expressions play a very important role in the full and accurate understanding of the message. All of this, indirectly.

"Using methodologies that assess language comprehension indirectly is the right approach because otherwise it is never clear whether children do not respond because they do not understand what we are saying or because they have difficulties in producing a response, particularly in cases of neurodevelopmental disorders," she said.

The team is going to use eye tracking technology that will allow them to identify eye movements and responses to the perception of a message. Eye tracking technology is a system based on the fact that when people hear a sentence and have a visual element around them that represents this sentence, they look at this element implicitly without realising it.

This technology records the movement of the pupil in response to a specific sentence and allows us to see whether the child is looking on the screen at the object mentioned or the intention of the sentence, thus demonstrating that the child has understood the message. "We believe that speech, gestural communication and prosody are all sides of the same coin, and are all essential when it comes to transmitting and understanding the message," said Esteve-Gibert.

In addition, this study will also help to improve the different interventions, treatments and tools for improving language comprehension in children (such as the effectiveness of visual aids in specific cases of neurodevelopmental disorders). Thus, the aim is to produce evidence as to how to design the most effective assessments and interventions possible in the treatment of language and communication development difficulties in children, since research analysing these fields is limited and the influence of prosody and gestures on language is unknown.

"We hope that our results will contribute towards designing much more precise and appropriate interventions to help children with these difficulties in the development of language and social communication," she concluded.

This study, which is part of the Spanish Ministry of Science and Innovation's National Research Agency Research, Development and Innovation (RDI) Projects programme, will be conducted during the 2021-2024 period with funding of around €70,000. 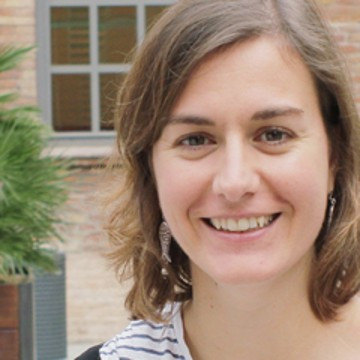 Professor and researcher in the Faculty of Psychology and Educational Sciences