Terrassa, an example of public water management to counter the vulnerability caused by the first wave of COVID-19 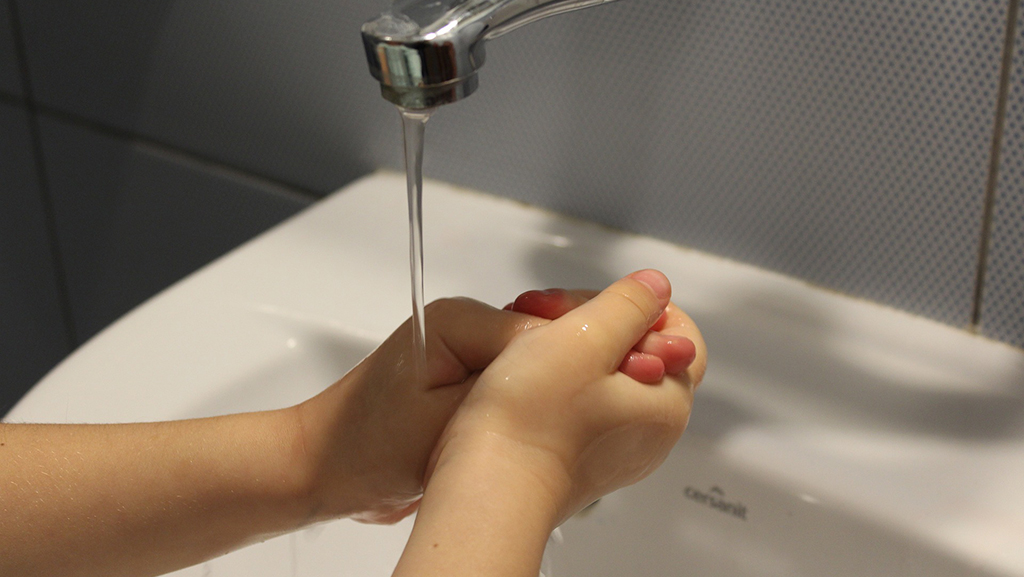 Researchers at the UOC have analysed the innovative solution employed in Terrassa, a city where the council has recently remunicipalized its water management, in comparison to other municipalities in Catalonia

The study has been published in the book Public Water and Covid-19: Dark Clouds and Silver Linings, which gives global case studies of best practices in public water management during the crisis

COVID-19 has triggered a serious health crisis with social and economic repercussions that have had a particular impact on the most vulnerable sectors of society. During the lockdown imposed as a result of the first wave of coronavirus, the Spanish Government placed a ban on cutting off water and power supplies to private homes, also proposing the option of deferring payment of outstanding bills without incurring interest. Some cities, however, took a step further. Researchers from the Urban Transformation and Global Change Laboratory (TURBA Lab) at the UOC's Internet Interdisciplinary Institute (IN3) Mar Satorras and Hug March, the latter also a professor at the UOC's Faculty of Economics and Business, together with David Saurí from the Department of Geography at the Universitat Autònoma de Barcelona, have analysed the case of Terrassa. In this city, water management has recently been remunicipalized, with the council injecting €500,000 into the water bill and also setting out to ensure a water supply for people with no legal access to housing. According to the case study, these exceptional measures are among the first of their kind in Catalonia and Spain, and show the possibilities opened up by the new public operators created after the most recent remunicipalization processes to guarantee universal access to water. The research has been published in the book Public Water and Covid-19: Dark Clouds and Silver Linings which brings together best practices and lessons learned in public water management during the first few months of the pandemic.

The study has contributed to the current debate on the need to remunicipalize the operation of public water services, a debate that is of importance around the world but particularly in Spain, where 63% of water is supplied by private operators, and in Catalonia, where, for example, nine out of ten consumers in the Barcelona metropolitan area depend on water supplied by companies owned by the AGBAR group.

Mar Satorras said: "The case of Terrassa is interesting due to the fact that the water service was restructured in 2016 through a remunicipalization process, and so it helps us to understand how these new public services respond to challenges such as COVID-19. We have looked at two ambitious strategies implemented by the new public water operator (Taigua) and the supporting structures, such as the Terrassa Water Observatory (OAT), an innovative vehicle for public participation created to define policies and guide the strategic decisions that affect the municipal water supply."

The research led by the UOC team, which analysed documents and conducted interviews with councillors, functionaries and members of neighbourhood groups, shows that Terrassa's reaction to the crisis went above and beyond the initiatives rolled out at the national level. While large cities such as Seville, the municipalities in the Barcelona Metropolitan Area supplied by the company Aigües de Barcelona, and neighbouring cities such as Sabadell only offered the option of interest-free deferment of water bills for up to six months, a measure that is, in any case, recommended by national and regional legislation, Terrassa City Council announced that it would allocate €500,000 to reducing water bills during the second quarter of 2020. These reductions were in addition to the discount offered by the Catalan water cycle operator, the Catalan Water Agency (ACA), which reduced the fixed fee by 50% for all users and up to 100% for the most vulnerable households (the so-called zero subsidised fee).

Satorras said: "It is important to highlight that the ACA's fixed fee discount applied to all the municipalities, but the discount offered in Terrassa to the variable cost – the part that depends on consumption – was not at all widely applied. As such, it represents a remarkable effort to offer more affordable water, an initiative that, according to the civil servants involved, was made possible thanks to the fact that, as Taigua is a public operator, they had first-hand knowledge of its finances."

The second strategy was rolled out in response to the closure of public drinking fountains for health reasons, a recommendation issued by the Government of Catalonia to all the country's municipalities. This measure had a particular impact on vulnerable groups of people who depend on public fountains for access to water. Faced with this situation, municipalities such as Mataró, Lleida and Montcada i Reixac closed their public fountains before reopening them in the most vulnerable neighbourhoods on the back of public pressure. Terrassa, on the other hand, adapted its programme for access to water meters in just a matter of days. With lockdown fully under way, it urgently installed 36 new water meters in vulnerable homes. To this, Satorras said: "All the municipalities responded in different ways to the closure of public fountains, but very few cities actively took additional measures during the first wave of the pandemic to guarantee the human right to water. We have only seen measures like this in Manresa and Tarragona."

To implement this measure, the researchers highlight the importance of coordination between the public operator, the technical services department of the city council, the citizen observatory (OAT) and social movements. According to the TURBA Lab researcher, "The existence of a body like the Terrassa Water Observatory that acts to channel public participation and the efforts of social movements probably played a critical role in designing these ambitious and radical responses to the pandemic."

She continued: "What's more, this initiative will lead to further changes, as the debate generated regarding water meters during the first few weeks of the pandemic has sped up changes to the protocol for accessing these meters for people in vulnerable situations, to make it simpler and more effective."

Best practices in more than 20 countries

The Terrassa case study is one of more than 20 international examples described in Public Water and Covid-19: Dark Clouds and Silver Linings, a book edited by the researchers David McDonald, Susan Spronk and Daniel Chavez, for the purpose of describing how public water operators have responded to the COVID-19 emergency in different parts of the world. This international collection of case studies shows how these operators have tackled challenges such as difficulties in accessing funding and new pressure to privatize during the pandemic and the resulting social and economic crisis, but above all it acts as a casebook of best practices in different areas.

The book's 28 chapters describe everything from economic measures and those implemented in Terrassa for the purpose of offering more affordable and accessible water services and keeping people connected, to the creation of more democratic decision-making processes and educational and awareness-raising initiatives such as campaigns for children on the importance of handwashing.

The book also describes other relevant measures such as the roll-out of emergency services for vulnerable groups, for example the creation of handwashing stations and fountains in informal settlements and refugee camps in Paris. The book also details other, more organizational measures, such as the strengthening of online services including non-contact payment, the provision of PPE to public workers, and initiatives for exchanging information with other public services and water operators at the local, national and international levels.

Satorras concluded: "The book offers a series of innovative practices that may be of use to the water service providers in our country, and also shows how public operators can tackle the pandemic effectively and fairly with progressive practices that open up the possibility of more democratic, sustainable and equitable water services in the future, which links up with the debate on what water management model we want for our municipalities."

This research project has been funded by the Spanish State Research Agency through the Juan de la Cierva training programme post-doctoral grant (FJCI-2017-31723).

Postdoctoral researcher and member of the TURBA Lab (Urban Transformation and Global Change Laboratory) research group at the UOC.