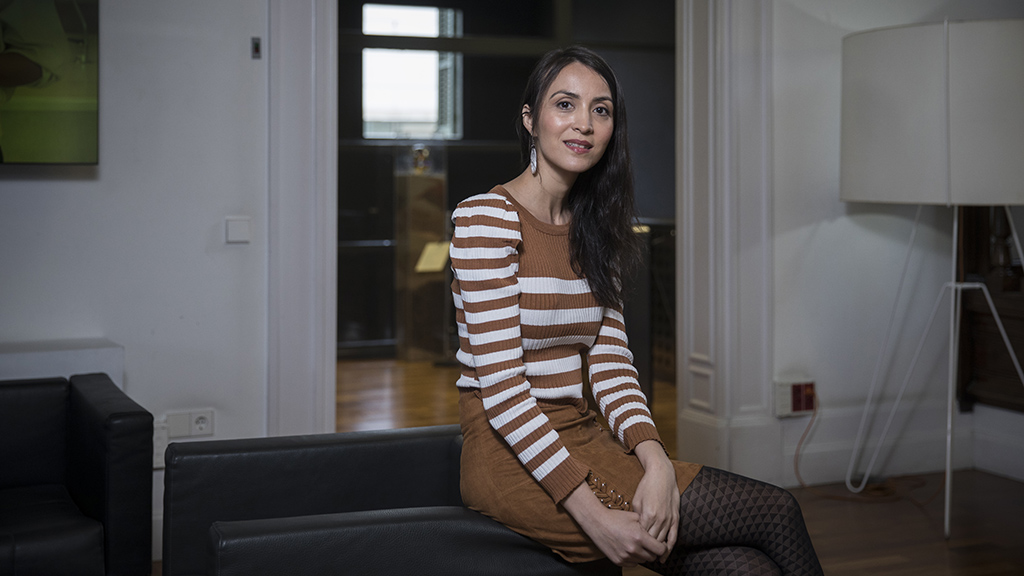 Diana Roig-Sanz, leader of the UOC's Global Literary Studies (GlobaLS) research group,  specialized in the study of the history of literature from a global perspective, has been made an  ICREA senior research professor. The researcher adds this recognition to the European Research Council (ERC)  Starting Grant she received in 2018 to develop her research on the impact of Ibero-American literary networks and their cultural mediators on the European and non-European social and cultural history of the first half of the 20th century.

This appointment "is a recognition of the work done by our research group in the use of cutting-edge technology to analyse cultural transformation processes from a transnational, decentred perspective, with the goal of advancing theoretical reflection on global literary studies," explained the UOC researcher. Not only is Roig-Sanz part of the UOC's Internet Interdisciplinary Institute (IN3) and  Faculty of Arts and Humanities, she has also been recognized by the Spanish Ramón y Cajal programme.

Roig-Sanz coordinates the project "Social Networks of the Past: Mapping Hispanic and Lusophone Literary Modernity, 1898-1959" (MapModern), whose goal is to counterargue the idea that modernity was built by a number of innovative centres that were then imitated by other peripheral centres. The project combines computational methods and quantitative and qualitative big data analysis, with input from cultural and literary history, and studies on the sociology of translation, gender issues and cinema.

Diana Roig Sanz holds a PhD in Hispanic Studies from the University of Barcelona and in Human Arts and Sciences from the University of Aix-Marseille. During the 2017/18 academic year, she was visiting researcher at Oxford University's Oxford Internet Institute, and she has also undertaken research stays at the École Normale Supérieure de París, the Sorbonne University, the Catholic University of Leuven, the University of Amsterdam, and La Sapienza in Rome. Roig-Sanz is a regular speaker at many congresses within her field of research; among them, she has been invited to be the keynote speaker at the European Association of Digital Humanities' forthcoming congress, which will be held in September 2021.

Second ICREA professor at the UOC

Roig-Sanz is not the only  ICREA research professor at the UOC..  Jordi Cabot, lead researcher at the IN3's Systems, Software and Models Research Lab (SOM Research Lab), has been one since 2015. His group focuses on software modelling as a basis for optimizing software development, maintenance and evolution processes. SOM Research Lab advocates the rigorous use of models to improve software productivity and quality, but without losing sight of the human factor, both as the software's community of users and as the group of developers who create it.

The acronym  ICREA stands for Institució Catalana de Recerca i Estudis Avançats (Catalan Institution for Research and Advanced Studies), a foundation funded by the Government of Catalonia whose goal is to recruit exceptional international research talent. With more than 260 researchers, ICREA addresses the need for new recruitment formulas in order to compete on an equal footing with other research systems.