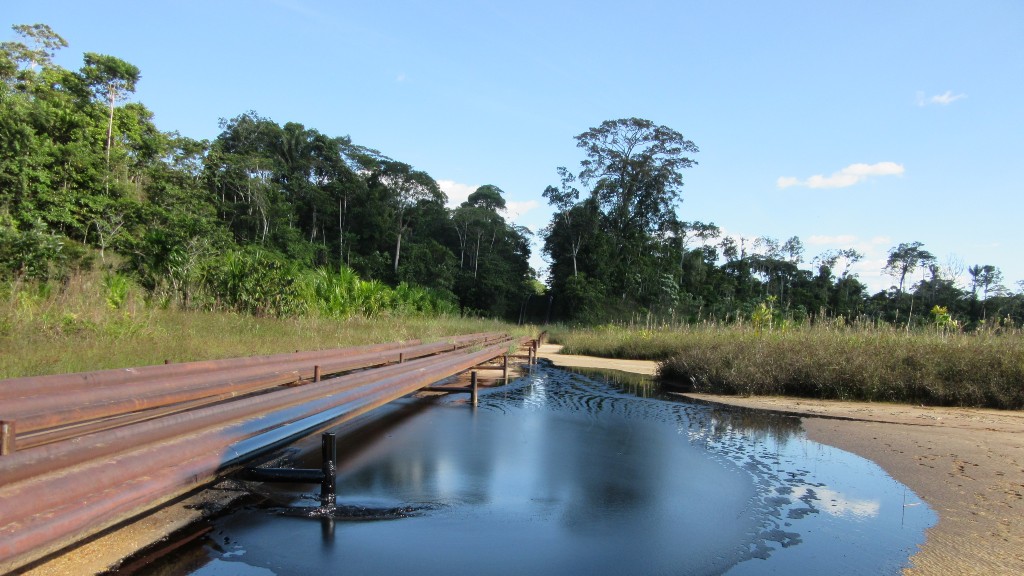 Diet and occupational exposure are the most likely routes of contamination

Lead is a toxic metal, and its widespread use has led to significant environmental pollution and public health problems in many parts of the world. This has led the WHO to include it on a list of ten chemicals that cause serious health problems. However, lead poisoning continues to affect many population groups. A study published today in open access in the journal Environment International found high levels of lead in indigenous people in Peruvian Amazonia living near areas where oil extraction takes place. The research was led by Cristina O'Callaghan-Gordo, a professor and researcher in Health Sciences Studies at the Universitat Oberta de Catalunya (UOC) and the Barcelona Institute for Global Health (ISGlobal), a centre supported by the ”la Caixa” Foundation and the National Institute of Health of Peru.

“The main hypothesis is that the metal reaches them through their diet in areas with the most serious environmental pollution, as the population hunts and fishes for food, and previous studies have shown the that lead is present in animals in this region. On the other hand, in places with lower levels of environmental pollution, the most likely route is occupational exposure, such as coming into direct contact with oil due to participating in clean-up tasks after oil spills,” explained Cristina O'Callaghan-Gordo.

The closer and more intense the extraction, the higher the levels of lead

The study included 1,047 people, of whom 309 (31%) were children under 12 years old. The population studied lives in four river basins in Peruvian Amazonia, a remote non-industrialized region.

The work took place between May and June 2016, and involved face-to-face interviews to collect data on the participants' risk factors and lifestyle, as well as blood tests. The research also took the distance between where the population lived and the oil extraction facility into account. The highest blood lead levels were found among participants from the Corrientes river basin, which accounts for most of the oil extraction activity in the region.

The study also found higher levels of lead in the blood of people living less than an hour's walk from an oil facility. The values observed in this study are twice as high as the values reported for children in Europe between 1999 and 2007, at a time when leaded petrol was still used in Europe (which in some countries continued until 2005).

The results showed high levels of lead, especially among males. “This is quite common, as men tend to be involved more often in activities that expose them to lead, such as cleaning up spills," said O'Callaghan-Gordo.

This study is the result of an agreement reached between the indigenous peoples' federations in the river basins affected and the Peruvian Government, aimed at addressing their concerns about the potential effects on health. “This study came about at the request of the indigenous communities, as they have been calling upon the Government to do something in this respect for decades," said the researcher.

Alterations in the nervous, haematological, gastrointestinal, cardiovascular and renal systems are associated with exposure to lead in both adults and children, according to the United Nations Environment Programme.

“Levels of lead like those we found in Peru have effects on health. In fact, any amount of this metal in the blood has consequences for health. The most well-known known effects are neurological and neurodevelopmental problems in children,” warned Cristina O'Callaghan-Gordo.

The study received funds from the National Institute of Health of Peru and count with the collaboration of the indigenous federations FEDIQUEP, ACODECOSPAT, FECONACOR and OPIKAFPE, which are part of the Amazonian Indigenous Peoples United in Defence of their Territories (PUINAMUDT). The research has also been carried out in collaboration with Centro de Políticas Públicas y Derechos Humanos in Peru, the University of Cambridge, Universitat Central de Catalunya–Universitat de Vic, Institut de Ciència i Tecnologia Ambientals from the Universitat Autònoma de Barcelona and the e-Tech International from the USA.

This research contributes to achieving sustainable development goal (SDG) number 3, "To ensure healthy lives and promote well-being for all at all ages".

Professor and researcher at the UOC Health Sciences Studies