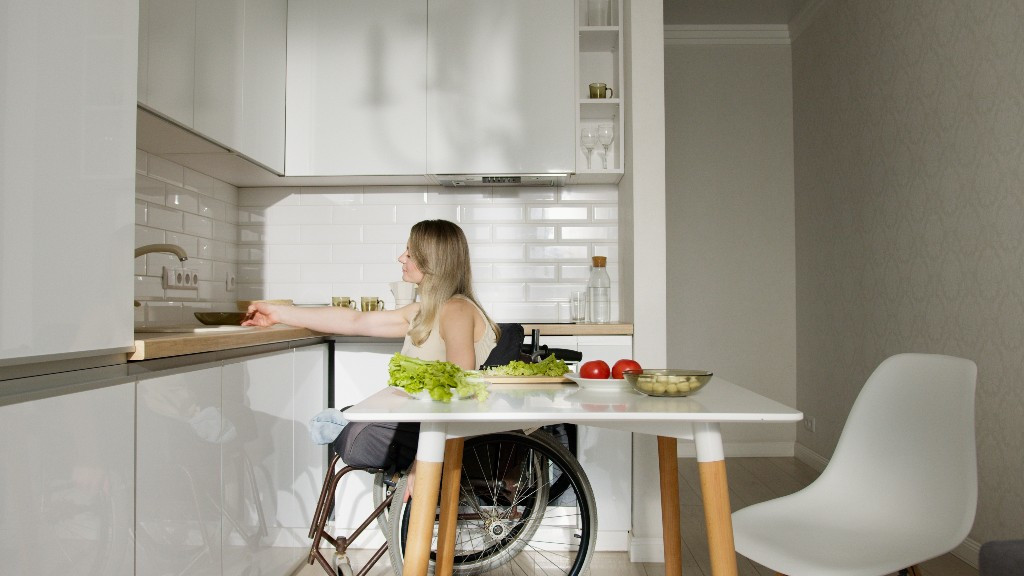 Researchers will study the innovative initiatives of the Catalan Down Syndrome Foundation, the Guttman Barcelona Life facility and Barcelona's 'Sostre Cívic' cooperative

Joan Moyà-Köhler, Andrea García-Santesmases and Lluvi Farré Montalà, three researchers from the UOC's IN3 CareNet research group, have brought together their research on care infrastructures in the collective research project "Infrastructures for independent living: participatory research to rethink housing, care and community in times of pandemic". The project, presented as part of the 2021 City and Science Biennial, was one of those honoured by the Scientific Research Prizes organized by Barcelona City Council to encourage the local research ecosystem to research solutions for the challenges the city is facing due to the crisis caused by the COVID-19 pandemic.

The research, which will have to be carried out over the course of a year, will examine the spaces designed to care for someone which possess the features required for supporting the lives of those in one of three kinds of dependent situations: those with intellectual or physical functional diversity and older persons. Each of the researchers will take an in-depth look at real-life experiences currently under way in the city, thereby highlighting innovative initiatives that could become models to follow.

The research is particularly topical now that it has been shown that, with the COVID-19 pandemic, "large-scale care infrastructures, as currently designed, have failed not only in keeping and supporting life (in the sense of living bodies) but also, and dismally, in the sense of offering the chance to live a full and dignified life", explained researcher Joan Moyà-Köhler.

Moyà-Köhler brings to this research his work on a project for people with intellectual functional diversity: Me'n vaig a casa, a Catalan Down Syndrome Foundation. It provides an alternative allowing people with this kind of disability to lead a more independent life than that they might have in the more commonplace homes or centres, spaces shared by seven or eight people and an educator available round the clock. "These are residential options providing little independence and/or little ability to decide what to do, day-to-day", explained Moyà-Köhler. However, the Me'n vaig a casa project, "organizes things so that the person in question can live more independently in their own home, with focused support at home at specific times".

This support might involve drawing up a shopping list or overseeing money matters, whilst still allowing the person to live alone "without a monitor 24/7 and deciding who live with". This independent life also presents an opportunity given the possibility of other pandemics. "It means having a space where fewer people are gathered together", said the researcher, "where there is no constant coming and going of new monitors who stay for 24 hours, and this means far less chance of infections, whilst also reducing the stress of living with nine people".

For her part, researcher Andrea García-Santesmases, will carry out detailed research into the Guttmann Barcelona Life project for people with physical functional diversity, which is beginning to be implemented. This is a pilot initiative from the Institut Guttmann, which goes beyond scientific innovation in the treatment and rehabilitation of people with physical functional diversity.

It involves monitoring users who, once treated, "return to homes that are not accessible, leave the Guttmann bubble, don't know how to return to the life they once had and find it difficult to create a new one", explained García-Santesmases. The Guttmann Barcelona Life facility is designed as "a hybrid project for returning to independent life, aimed at former patients, with apartments featuring home automation systems in a building that has a care service element and accessibility to the institution".

It has common areas, a doorman, medical and social care staff to provide users with support for specific tasks. As with the Me'n vaig a casa project, Guttmann Barcelona Life also seeks to maintain its users' independence with regard to the organization of community life. "The idea is that they themselves decide how to arrange their day-to-day lives, avoiding any kind of paternalism".

The researcher noted that people with disabilities have to deal with situations that entail an abrupt change in their lives: "It's not just that your body changes, it's also about how people look at you and deal with you differently. It's not just a physical change, there's also a change in your social position due to ableism".

Can 70: a self-managed alternative for older persons

The CareNet group researchers' project is rounded off with the Can 70 experience from the Sostre Cívic cooperative, at the hands of Lluvi Farré Montalà. This is a senior cohousing initiative currently being designed in Barcelona that advocates a collaborative cohousing model for older persons. "It's a self-managed project organized on a collaborative basis as an alternative to older persons living in care homes".

Farré explained that the project is innovative in that it offers the chance to live "a different kind of old age within a cooperative, self-managed context". Other places in the Iberian peninsula are seeing the implementation of similar projects, which "form part of an experience that seeks, without depending upon official institutions, to retain the capacity to run their own lives and make their own decisions". Barcelona City Council has recently announced the granting of a plot of land for the implementation of this initiative, thereby establishing "an important precedent for the city" because "all of a sudden", a kind of initiative that usually takes place in environments far from urban centres "can be carried out in Barcelona".

Farré also emphasized how this kind of project is beginning to see interest from gerontology professionals, who are taking note of innovations that can be included in other initiatives. It is not, in itself, a "large-scale" alternative, but can contribute ideas "for rethinking other services such as care homes". These are initiatives stemming from those who will be their users and who demand – as with the Me'n vaig a casa and Guttmann Barcelona Life projects – "the right to decide on everything that affects" their lives, from how they want to be cared for to how to make meals, making decisions in an assembly.