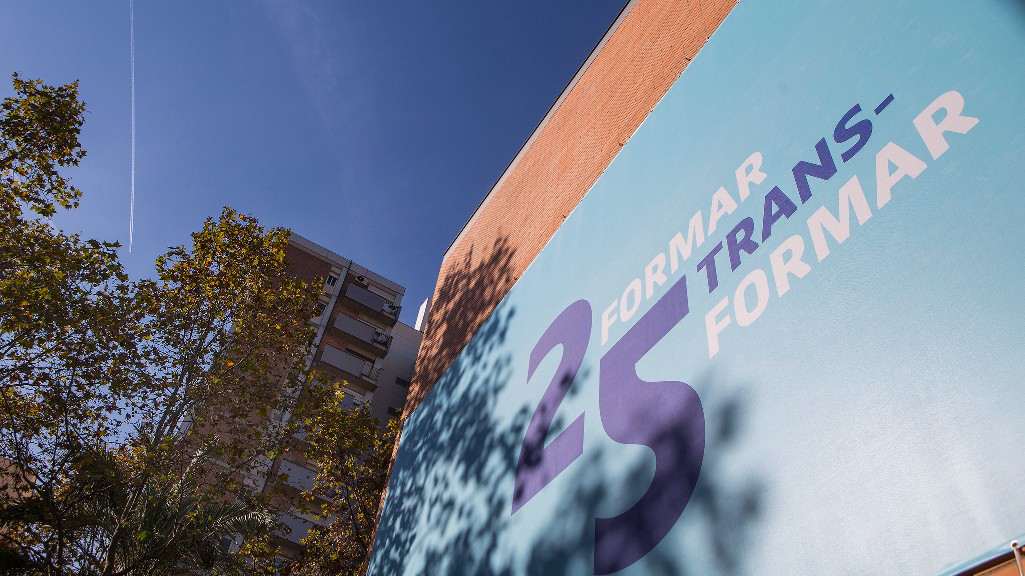 The new research projects involve researchers from the two centers, IN3 and eHealth Center, and from five UOC faculties (photo: UOC)

The new research projects involve researchers from the two centers, IN3 and eHealth Center, and from five UOC faculties (photo: UOC)

The Spanish government has earmarked €700,000 of its 2020 programme for UOC projects

Technology for language difficulties, music therapy to combat Alzheimer's disease, improvement of university teaching practices, disseminating Chinese culture in Spain, digitization in the tourism industry, gender equality in the workplace, the global novel, and software for artificial intelligence are the subjects of the Universitat Oberta de Catalunya (UOC) research projects that are to receive funding. The Spanish Ministry of Science and Innovation has approved the allocation of approximately €700,000 for the development of nine UOC research projects from the 2020 calls for proposals for the national I+D+i grants programme.

Designing, implementing and assessing an oral language stimulation programme for infants to prevent reading difficulties is one of the main goals of the project developed by Professor Llorenç Andreu of the Faculty of Psychology and Education Sciences, along with other researchers from the Cognition and Language research group (GRECIL), which is part of the eHealth Center's NeuroDevelop eHealth Lab.

The project will carry out and assess the results of an intervention programme with 200 five-year-olds to increase their phonological, morphological and semantic awareness. It will also study the benefits of using interactive educational technology for children with language difficulties, using language- and movement-based activities involving Kinect devices (a motion-detection technology used in video games).

Learning to understand others beyond the literal meaning of their words

Núria Esteve, a researcher who is also attached to the GRECIL group, the NeuroDevelop eHealth Lab, and the Faculty of Psychology and Education Sciences, will coordinate a study conducted by her team of researchers on the linguistic and communicative mechanisms that contribute to children's development of the capacity to understand others beyond the literal meaning of their words. The acquisition of pragmatics is crucial because it allows children to restrict the possible meanings of unknown words, it enriches the interpretation of content and affects the development of other language skills.

This research will explore the development of language in children between the ages of two and seven to study how linguistic nuances are processed in real time and how discourse is structured. The study will focus on analysing prosody (the rhythm, stress and intonation of speech) and body movement, such as hand and head gestures or facial expressions. The research will assess children with typical development and children with developmental language or autism spectrum disorders.

The limited effectiveness of some medicines in the treatment of dementia has led to increased interest in researching non-pharmacological complementary therapies to treat cognitive impairment, such as music therapy in the case of Alzheimer's disease. Marco Calabria, a researcher in the Faculty of Health Sciences, will investigate whether background music can boost the memory of sufferers of mild cases of Alzheimer's disease and cognitive impairment. Some authors have suggested that the use of background music could strengthen efficient strategies to associate new information with learning contexts and others assert that it helps increase the level of activation of the emotions.

The enormous amount of data being tracked in people’s day-to-day activities may represent a great opportunity to customize processes, for example, but some people see it as a threat, given the loss of privacy. In this context, the project coordinated by Montse Guitert, the lead researcher of the Education and ICT research group (EDUL@B) at the Faculty of Psychology and Education Sciences, aims to use learning analytics as a tool to equip teaching staff with relevant information to increase the quality of their digital education proposals and enhance their professional development as teachers. This research project will also involve participation of the EDUL@B researchers Juliana Raffaghelli, Teresa Romeu and Professor Albert Sangrà.

The digitization of culture and the generation of knowledge via the internet are transforming our sociocultural reality, causing sectors like book publishing to suffer drastic changes.

Maialen Marin, from the Crisis, Otherness and Representation (ALTER) research group at the Faculty of Arts and Humanities, will coordinate a project that will study how translation plays a fundamental, albeit invisible, role in this new way of generating knowledge. The research team will analyse and develop digital materials and initiatives linked to contemporary Chinese literature. This research project will include the collaboration of editors, educators, intercultural mediators and students so as to foster intercultural dialogue and diversity.

The research programme will organize workshops in neighbourhoods with a large presence of Chinese immigrants in Spain (Fort Pienc, in Barcelona; El Fondo, in Santa Coloma de Gramenet, and Usera, in Madrid) in order to assess the effectiveness of materials developed to connect this community with Spanish readers.

The digitization of the tourism industry

Lluís Garay and Soledad Morales, the coordinators of the project, along with researchers from the Faculty of Economics and Business’s New Perspectives on Tourism and Leisure (NOUTUR) research group will continue their study on the evolution of the tourism platform economy in Spain and its integration, adaptation and resilience processes in the current context of accelerated digitization accentuated by the pandemic. The researchers believe that digitization will affect the sustainability of certain tourist destinations and the viability of their associated industries, but it may also have an impact on tourism's recovery, generating positive socioeconomic effects in this strategic sector for the Spanish economy.

Gender equality in the platform economy

Mayo Fuster, lead researcher of the Digital Commons (DIMMONS) group at the Internet Interdisciplinary Institute (IN3), will coordinate this digital gender project to develop a framework of analysis for gender equality in the platform economy from an intersectional perspective. The study will try to understand, among other issues, the extent to which regulations and policies in the platform economy have considered gender and could promote equality.

According to the researchers, "the digital platform boom has benefited from the global situation generated by the pandemic". In this context, they said "it has become more important to understand gender dynamics in the platform economy because of inequalities related to remote working and care responsibilities. What’s more, in the current situation, domestic gender violence has increased."

The project is being carried out within the framework of the Barcelona UOC Chair in Digital Economy (Open_Chair) – a collaboration between the UOC, Barcelona City Council and the Barcelona Activa local development agency – run by the DIMMONS group, and the MatchImpulsa and Sharing Cities Action (involving 50 cities from around the world) programmes.

The novel as global form

The Novel as Global Form. Poetic Challenges and Cross-border Literary Circulation project, co-directed by Neus Rotger, from the Global Literary Studies Research Lab (GlobaLS), which is attached to the Faculty of Arts and Humanities and to the IN3, proposes a new approach to study the emerging field of the global novel, a narrative form that aspires to represent and consider the contemporary world. Based on the study of a corpus of novels published in the last 30 years, the project is the first to combine material history with literary criticism and the study of narrative forms.

This project, which involves the participation of researchers from the GlobaLS group directed by ICREA researcher Diana Roig-Sanz, aims to understand how novels build and question global discourses on subjects such as global violence, inequality, migration and climate change, and to see how they circulate on a grand scale in international literary markets.

The development of software for artificial intelligence

Artificial Intelligence (AI) has now reached a significant level of effectiveness in a number of different domains. Examples include customer service chatbots, the analysis of medical images for diagnostic purposes, and self-driving vehicles. However, designing AI systems is a challenge because, among other issues, they form part of an intelligent software system. Currently, the intelligent part of this type of software is developed separately to the rest of the system which poses challenges, such as defining the communication between AI and traditional components.

ICREA researcher Jordi Cabot and Robert Clarisó, professor at the Faculty of Computer Science, Multimedia and Telecommunications, and the rest of the members of the IN3's Systems, Software and Models Research Lab (SOM Research Lab) group, aim to simplify the specification, generation, testing, deployment and evolution of all types of intelligent software with a low-code development platform. These platforms make it possible to speed up development and deployment of software by drastically reducing manual programming.

They believe that the results of this project could have a significant technological, economic and social impact, enabling a major increase in the number of developers of intelligent software, reducing the time to market and boosting competitiveness of Spanish companies in the global arena. 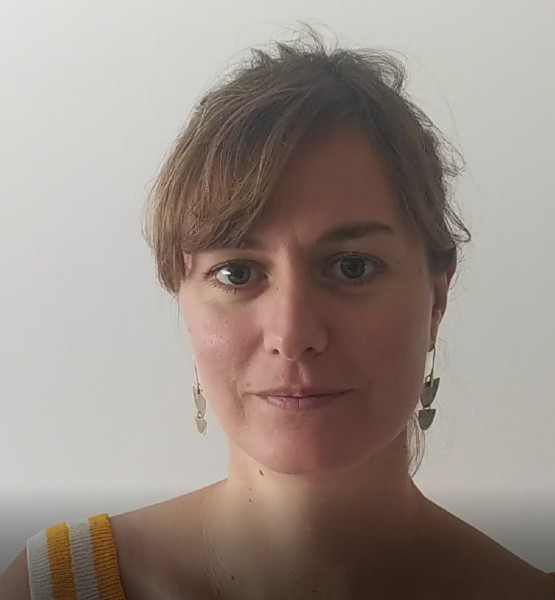 Professor in the Faculty of Psychology and Education Sciences 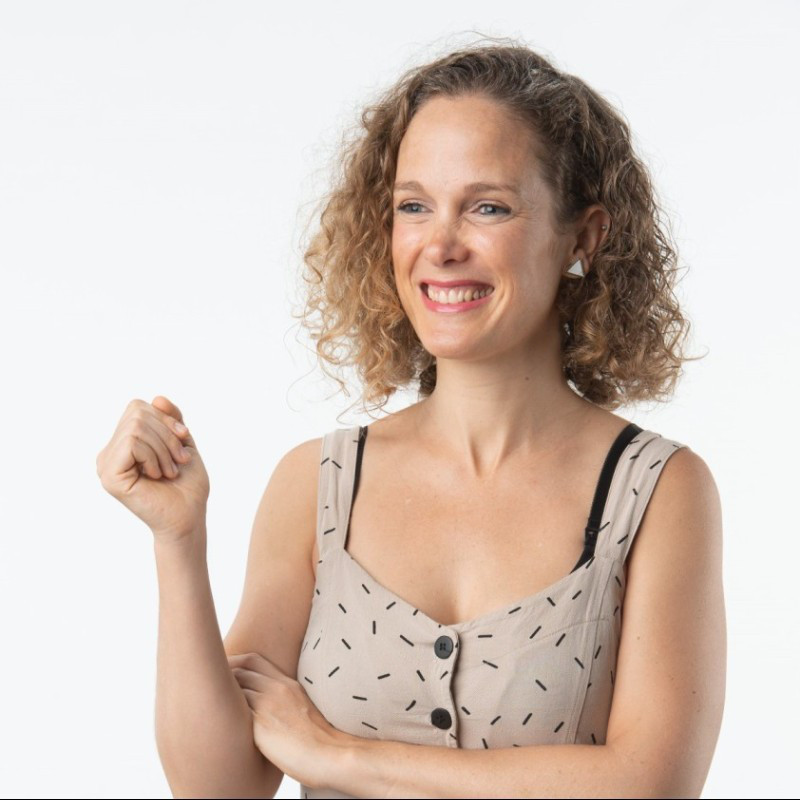 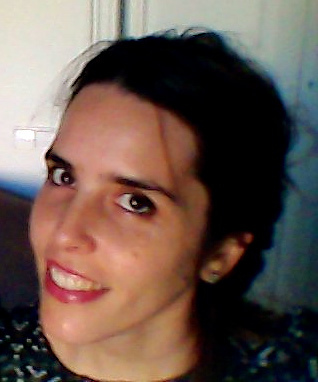 Lecturer in the IT, Multimedia and Telecommunications Department
Director of the university master's degree programme in Computer Engineering