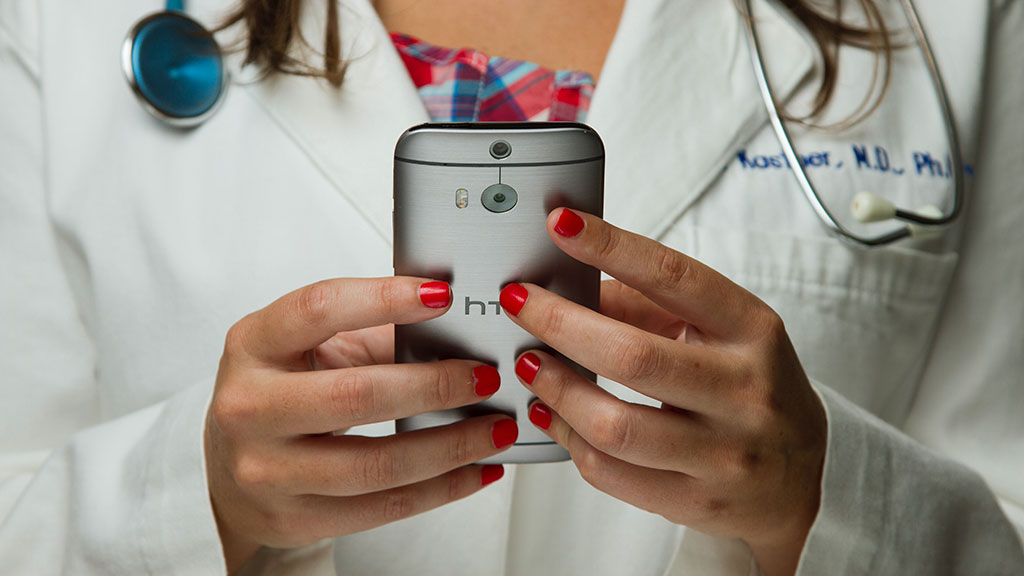 The "eHealth Project: From Idea to Project" prizes were launched by the UOC's eHealth Center in 2020 with the aim of promoting digital health initiatives based on new technologies. (Photo: National Cancer Institute, Unsplash)

The "eHealth Project: From Idea to Project" prizes were launched by the UOC's eHealth Center in 2020 with the aim of promoting digital health initiatives based on new technologies. (Photo: National Cancer Institute, Unsplash)

The "eHealth Project: From Idea to Project" annual prizes were launched by the UOC's eHealth Center in 2020 with the aim of fostering digital health initiatives based on new technologies

The eHealth Center, part of the Universitat Oberta de Catalunya (UOC), has selected the two winning projects in this year's annual eHealth Project: From Idea to Project awards, set up in 2020 with the aim of promoting digital health. The first of the projects, 'BOOST #Cataract #app', will introduce an innovation in the evaluation of cataract operations in low-income countries. The second project, 'Early Detection of Alzheimer's Disease Using New Semi-supervised Models", will carry out research into improvements in the diagnosis of this degenerative disease based on a Facebook Artificial Intelligence (AI) algorithm. The prizes are awarded in the framework of the Master's Degree in E-Health and the Master's Degree in Bioinformatics and Biostatistics, respectively.


The creator of the first project is Mónica Lecumberri, from the Faculty of Health Sciences. Lecumberri presented the 'BOOST #Cataract #app' initiative, an app that predicts the results of the quality of cataract surgery in the early postoperative period.

The researcher, who is an Ophthalmology specialist at the Moisès Broggi Hospital in Sant Joan Despí and medical coordinator of the Eyes of the Sahara cooperation programme in an NGO, explained that the project will help speed up the final evaluation of patients undergoing cataract surgery in low-income countries.

Under normal conditions, when cataract surgery is performed, it is necessary to wait until six weeks after the surgery to evaluate the result of the procedure. However, it is more difficult to measure the results in low-income countries because patients do not come back after six weeks. This means that only the examination the day after the operation is available, which is called the early postoperative period.

This is where the 'BOOST' app comes into play, as it collects data in the early postoperative period and produces estimates of the final result. In addition, it makes a prediction of the cause of poor results in order to find solutions. "If the results are not monitored, it is very difficult to identify the problem and, therefore, it is very difficult to improve the quality of the results of these operations in low-income countries," said Lecumberri.

To assess the effectiveness of the app, the researcher will use the award to travel to a province in Mozambique and collect, together with a hospital ophthalmology medical team, data from the surgeries performed in a surgical campaign. The project has been made possible by the involvement of the NGO Eyes of the World, which has been working for years in the country to improve eye health and reduce preventable blindness.

The researcher warned that, due to the nature of cataracts, "there is no possible prevention" and "nothing can be done to stop them appearing", as it is a condition that is connected to the ageing process. Lecumberri said that "only good quality surgery restores eyesight", and in low-income countries "it is necessary to raise awareness about the possibility of treating blindness from cataracts" because "many blind people and their relatives are unaware of the possibility of receiving effective treatment and restoring eyesight".


For her part, Mónica Romero, from the Faculty of Computer Science, Multimedia and Telecommunications, who received an award for the project 'Early Detection of Alzheimer's Disease Using New Semi-supervised Models', will use the prize to continue the research she has begun as part of the UOC's Master's Degree in Data Science on "new methods of natural language processing applied to patients with speech disorders, specifically aphasia", explained the researcher.

She intends to continue her research into the application of these new methods in other diseases, specifically Alzheimer's disease. "This will help to open up new lines of research in order to detect this disease with greater precision, as well as providing a benchmark in the use of semi-supervised learning models for early diagnosis," said Romero.

The researcher's project is based on the use of the wav2vec2.0 architecture, published by Facebook AI in October 2020. As she stated, the algorithm was developed with the goal of applying it to learning minority languages. "The automatic speech recognition architectures used in the past require up to thousands of hours of audio". With minority languages, the researcher said, "this is not feasible".

The innovative feature of the project, she stressed, "is its application to databases of people who suffer from cognitive speech impairment". The idea, she added, is to help "extract characteristics that can detect the onset of Alzheimer's disease using microscopic structures present in the audio signal". 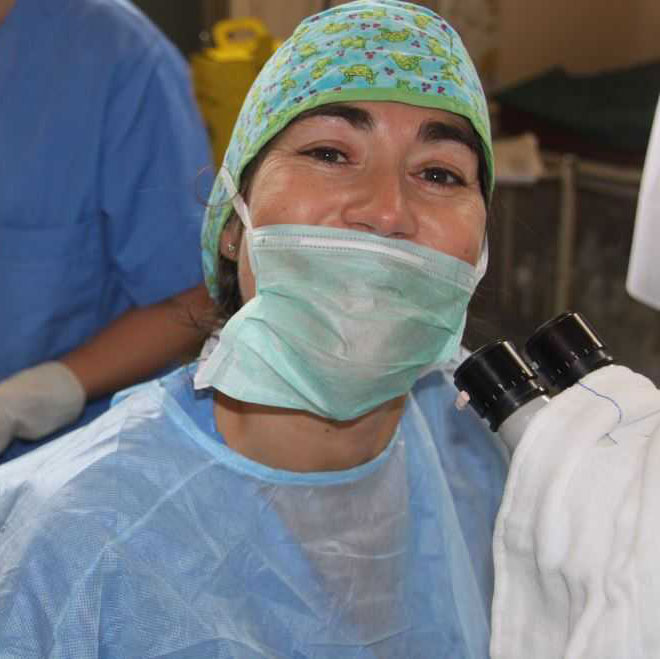 Master's Degree in E-Health
Awarded for the "Cataract app" project 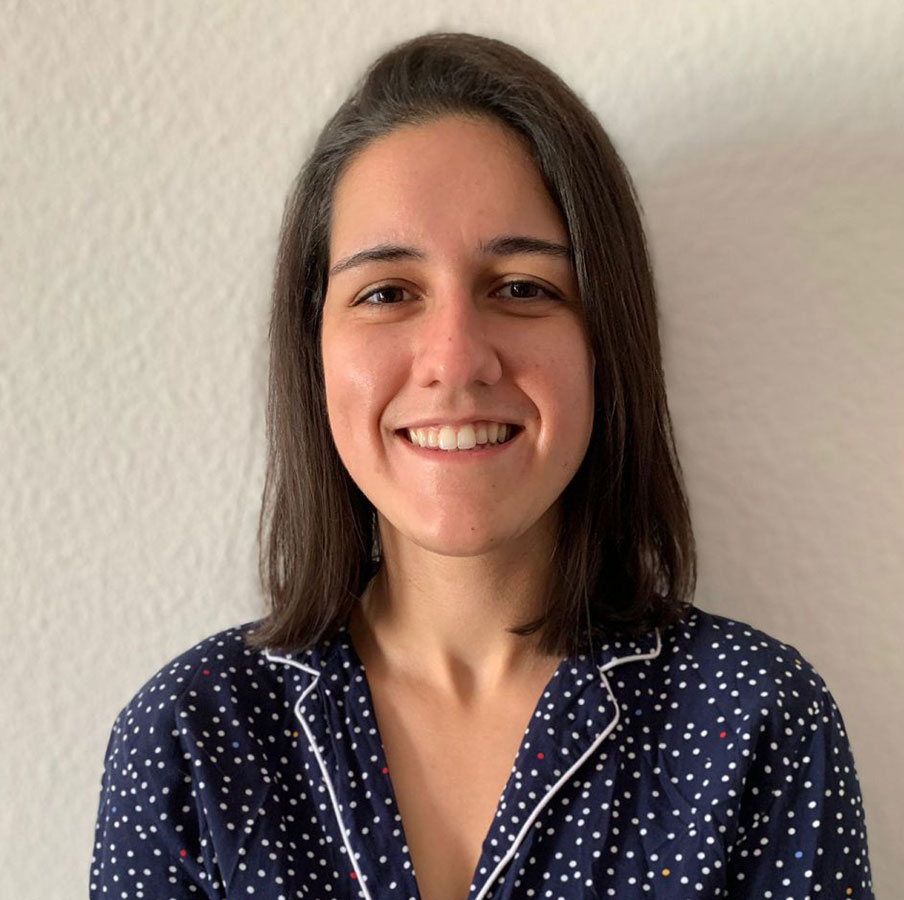