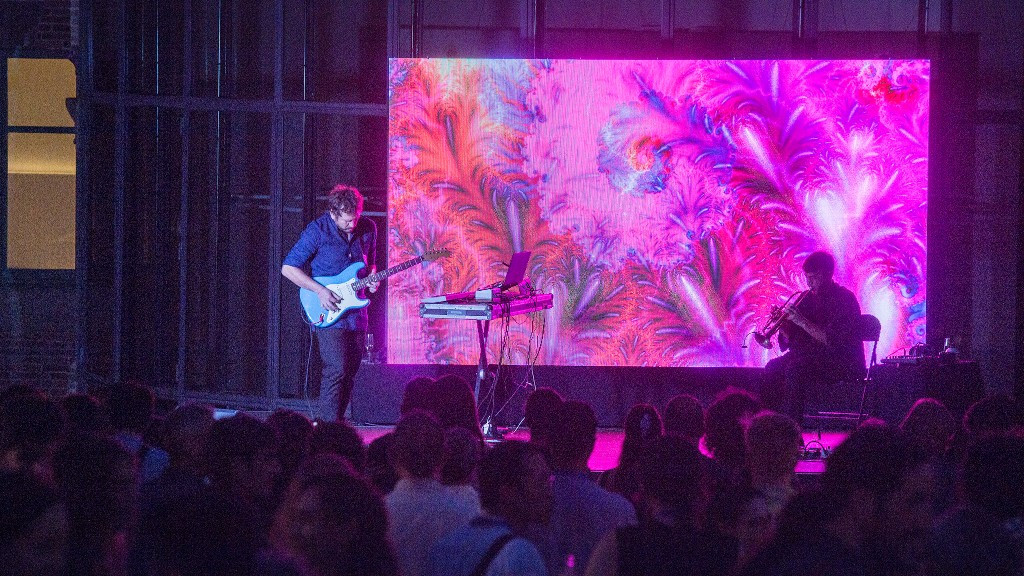 Promoted by the UOC, ISEA2022 Barcelona, the 27th incarnation of the International Symposium on Electronic Art, has brought together a community of more than 750 experts in art, science and technology as well as the most avant-garde home-grown and international digital artists in four exhibitions which will continue to be on display over the coming weeks. At the same time, the public in both Barcelona and Catalonia as a whole has been invited to experience first-hand and even participate in a wide variety of activities, workshops, talks and performances, including the first drone show to be held in Barcelona.

Pau Alsina, the director of ISEA2022 Barcelona and a UOC faculty member, who for many years has focused his research on the intersections between art, science and technology, is proud to have been able to bring to Barcelona one of the world's most established events in this scope: "The ISEA has made Barcelona the absolute centre of electronic art and reaffirmed the city's leadership in the area of digital culture."

The symposium, whose main activities took place from 10 to 16 June, was an invitation to consider our world of "Possibles" through 140 presentations made by experts in the field, 45 institutional presentations, 40 talks given by artists, 23 screenings, 18 posters and demos, 16 round tables, 13 workshops and 13 performances, most of which were held at the CCCB, the symposium's epicentre, but also at other venues, including the MACBA and the Canòdrom.

A show featuring 100 drones with musical accompaniment put on by Flock Drone Art Barcelona closed ISEA2022 Barcelona. The event, which was open to the public, drew in a crowd of more than 7,000 people to watch the drone images, some of which measured over 100 metres across, at the city's Somorrostro beach on the night of Wednesday 15 June. The drone show, which was the first ever to be held in the city of Barcelona, was given the name "Eco" to reflect its aim of raising awareness about the climate emergency.

ISEA2022 Barcelona has brought together a phenomenal display of more than 80 works at the intersection of art, science and technology, which can be visited over the coming weeks. "The works on display are a reflection of the past, present and future of electronic art," said Irma Vilà, vice director of ISEA2022 Barcelona and a UOC member of faculty.

Specifically, Santa Mònica arts centre is hosting the main ISEA2022 Barcelona exhibition, "The Irruption", until 21 August, while the Sant Pau Modernista Site will extend the run of the "Possibles" exhibition until 30 June, and at La Capella you can see "What Is Possible and What Is Not" until 28 August. In addition to these three exhibitions in Barcelona, Cal Massó (Reus) will be home to the exhibition "Beep Collection: Origins" until 23 July.

At the same time, both in Barcelona and in the rest of Catalonia there are still a plethora of activities scheduled within the framework of the Extended Program of ISEA2022 Barcelona that are open to the public. These activities have been prepared in partnership with some 50 organizations based in Barcelona and Catalonia that operate in a variety of fields (science, museums, the arts and education) with the aim of making digital culture accessible to the public. The Extended Program can be consulted here.

The UOC has been the driving force behind ISEA2022 Barcelona

ISEA2022 Barcelona has been organized by the UOC in partnership with the Centre de Cultura Contemporània de Barcelona (CCCB), Santa Mònica arts centre, the Museu d’Art Contemporani de Barcelona (MACBA), New Art Foundation, the new Art, Science and Technology Hub Hac Te, Barcelona City Council (through Barcelona Science and Universities and the Institute of Culture), the Government of Catalonia's Ministry of Culture and the Institut Ramon Llull. Barcelona will now pass the baton on to Paris, which will host the symposium in 2023.