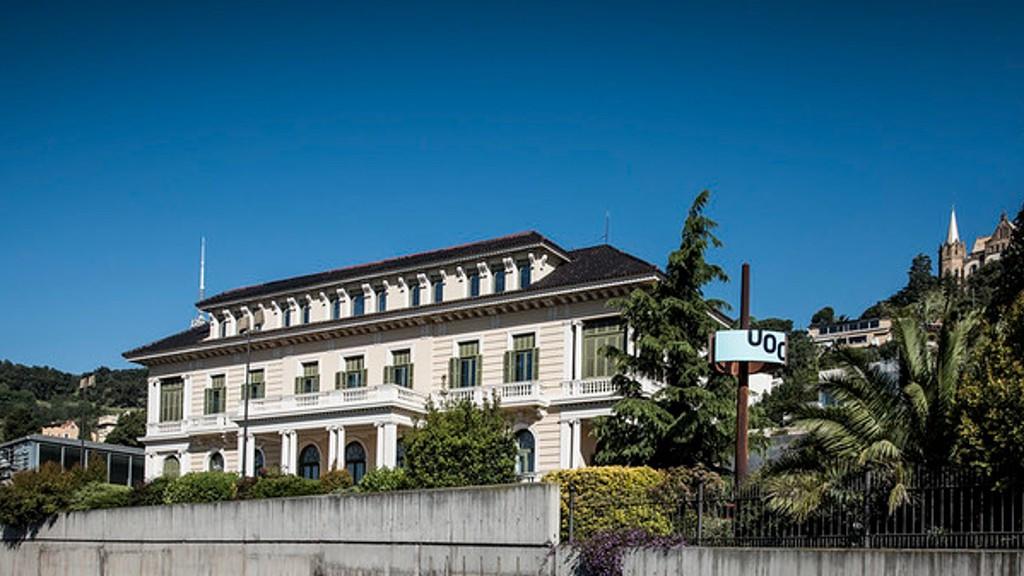 Although the university ecosystem has changed, the rankings that rate and position them still fail to take into account online education (Image: UOC Headquarters)

Together with the UK's Open University, the UOC has led a search to identify criteria and indicators to make the assessment of online teaching possible in international university rankings

The COVID-19 pandemic has driven the digital transformation of university education. Over the last two years, the rest of the world's higher education centres have joined the pioneering universities which were created and established in an exclusively online format, like the UOC. And today, the vast majority offer at least some courses that are entirely digital. However, although the university ecosystem has changed, the rankings that rate and position them still fail to take this format into account.

Researchers from the UOC's Edul@b and the UK's Open University – two of Europe's leading online universities – have worked with Italy's Institute for Educational Technology to add an online dimension to rankings and, thus, promote competition in online learning among universities.

As part of the European CODUR project and under the coordination of Albert Sangrà , Professor of Education, e-learning expert and director of the UNESCO Chair in Education and Technology for Social Change at the UOC, the researchers carefully examined the criteria and indicators on which these rankings are based, and identified new ones that enable online learning to be measured specifically. According to the researchers, if these new criteria and indicators are included, the current rankings could assess both face-to-face and online learning at universities.

The results of this analysis, the conclusions of which have been published in open access in the European Journal of Education, have already had an impact on two rankings: the European U-Multirank ranking has used a multidimensional approach and adopted proposals for various criteria and indicators resulting from the research led by Sangrà, as has the Times Higher Education – one of the world's leading ranking systems – though only partially so far.

This is an important step towards the recognition of quality online university education, and an opportunity to include the valuable contribution made by universities like the UOC in the rankings for the international higher education system.

"Most rankings do not take online universities into account when they make their assessments," said Sangrà. In this project, "we didn't want to create a new ranking for online universities, because it would have been of limited value. Instead, we set out to identify which criteria or indicators were useful for highlighting the value of these universities." He was pleased to say that "we've advanced the assessment of the quality of online teaching in the university rankings."

Include items of interest to students

Rankings are one of the most well-established tools for universities to position themselves internationally. They are often used as an advertising tool to attract both students and funding. However, the criteria and indicators they use are open to question.

"By and large, they benefit the leading universities, which are the ones that organize these rankings," said Sangrà, who pointed out that they do not usually take context into account. "Harvard could be considered better than the University of South Africa because it decides which students it admits, the best ones, while at the University of South Africa all are welcome. This pre-selection affects the subsequent results."

After a thorough analysis of the criteria and indicators used in the current rankings, the researchers stressed that they do not take what interests students into account, or what makes them decide upon one university over another. "Rankings should be structured to respond to students," said Sangrà, who has just published a book entitled Transformar la Universidad (Transforming the University), "and that means focusing on the quality of the learning experience, which is, in fact, the criterion on which the UOC's model is based."

Brasher A, Whitelock D, Holmes W et al. Comparing the comparators: How should the quality of education offered by online universities be evaluated? European Journal of Education, February 2022. https://doi.org/10.1111/ejed.12497