Quinoa is a pseudocereal from the Andes with exceptionally high nutritional value and health benefits. (Foto: PEXELS/ Karen Laårk Boshoff)

Quinoa is a pseudocereal from the Andes with exceptionally high nutritional value and health benefits. (Foto: PEXELS/ Karen Laårk Boshoff)

Regular consumption of quinoa can help to prevent type 2 diabetes. This is the main conclusion of a study led by Diana Díaz Rizzolo, a member of the Faculty of Health Sciences at the Universitat Oberta de Catalunya (UOC) and a researcher at the August Pi i Sunyer Biomedical Research Institute (IDIBAPS), which has been published in open access in the prestigious journal Nutrients.

Quinoa, a pseudocereal originally from the Andes, has exceptionally high nutritional value: it is extremely rich in B vitamins and vitamins E and C, as well as in minerals such as calcium, iron and magnesium. It is also a good source of complex carbohydrates and fibre, and it contains a high concentration of proteins with all the essential amino acids, which are those we need to include in our diet.

Because of these nutritional properties, it was hypothesized that a quinoa-based diet could have a favourable impact on certain cardiovascular diseases and other metabolic diseases, such as type 2 diabetes. However, there were no scientific studies to back these health benefit claims.

"We carried out a review to find out what the scientific literature had to say about all the benefits attributed to quinoa and we found that there was no previous scientific evidence, only hypotheses, and that all the studies conducted in the past only focused on specific components or nutrients, without taking into account the food as a whole," said Díaz Rizzolo.

Recent studies on mice observed that polyphenols, a type of micronutrient present in quinoa, could help to keep blood sugar levels down. This is important because those with type 2 diabetes – a highly prevalent disease – experience blood sugar spikes after consuming carbohydrate-rich foods, as their body does not produce enough insulin or fails to detect the insulin secreted by the pancreas.

Given all the possible benefits attributed to it, the researcher and her team wanted to see what would happen if they removed carbohydrate-rich foods causing more rapid increases in blood glucose levels from someone's diet and replaced them instead with quinoa and foods made from this pseudocereal. Their aim was to determine whether this replacement could have a positive impact on the prevention of type 2 diabetes in people with a high risk of developing the disease.

Type 2 diabetes is a metabolic disease and one of the world's leading causes of premature death. Every year one in ten people develop it. In fact, according to the World Health Organization (WHO), it was the cause of death of 1.5 million people worldwide in 2019 alone, and its prevalence is only increasing. Fortunately, type 2 diabetes is preceded by a prior state called "prediabetes", during which it is possible to prevent the disease if action is taken.

"Seventy per cent of people with prediabetes will go on to develop the disease. This conversion rate is even higher among older adults, which means that prediabetes plus ageing equals a tremendous increase in the risk of developing the disease. This is why we wanted to see whether quinoa could be used to prevent the onset of the disease in this group," said Dr Díaz Rizzolo.

For the study, the researchers recruited prediabetic subjects over the age of 65. Age in itself is a risk factor for developing the disease, which can start, silently, ten years before being diagnosed. Over the course of a month, the researchers monitored the volunteers: they equipped them each with a continuous glucose monitor that measured the sugar in their blood every minute of the day, and had them keep a record of what they ate. This allowed the team to see how their blood sugar levels varied after each meal.

At the end of the month, they replaced foods rich in complex carbohydrates, such as cereals, pulses, tubers and pasta, with quinoa and foods made from this pseudocereal. To do so, they worked with the Alícia Foundation, which prepared new products using quinoa flour that were very similar to the foods being consumed by the study's volunteers, such as bread, brioches, pasta, crackers and breadsticks. They then once again registered how the volunteers' blood sugar levels varied over the course of the day.

"We compared the blood sugar patterns and found that when the participants had eaten quinoa, their blood sugar spike was lower than with their usual diet," said the UOC researcher. "This is crucial because these post-meal blood sugar spikes are a determining factor in the progression of type 2 diabetes," she added.

The researchers also found that the quinoa-based diet helped control blood lipid levels, which is why they believe it could be useful in controlling high cholesterol and other factors associated with cardiac risk. "Quinoa contains a high level of unsaturated fats, antioxidants and polyphenols, with clear cardiovascular benefits," said Díaz Rizzolo. This pseudocereal also contains high levels of betaine, a compound capable of regulating homocysteine levels and preventing the onset of coronary heart disease. 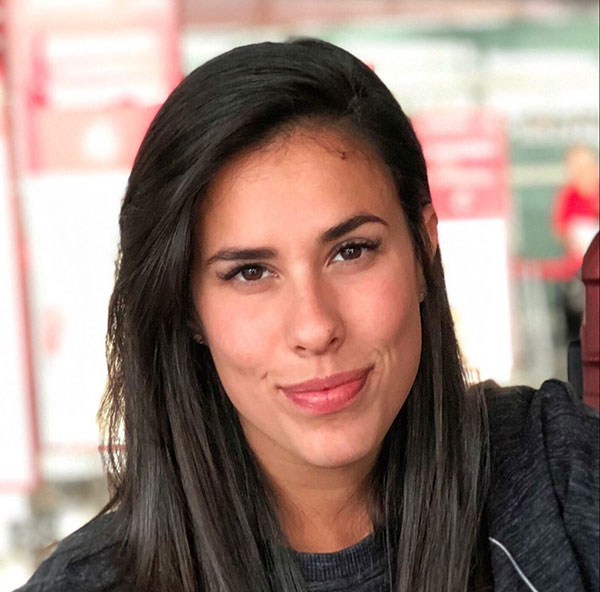 Professor and researcher in the Faculty of Health Sciences