VLEO allows a large volume of photos to be taken at a greater resolution and in less time. (Photo: SpaceX/Unsplash)

Constellations of small satellites on a very low orbit can obtain low-cost, high-resolution images of the Earth

Over the course of the last decade, the space industry has undergone a transformation, improving access to space with the appearance of low Earth orbit (LEO) and very low Earth orbit (VLEO) satellite platforms, the miniaturization of electronics, changes in the regulatory environment and the growing demand for commercial and consumer applications. The worldwide space economy is growing unceasingly and is becoming a key element in the technological and economic transformation of our society. According to a report by the Space Foundation (2022), this economy grew to an overall value of 469 billion dollars in 2021, an increase of 9% over 2020.

One of the main reasons behind this commercial boom is the opening up of space to a new ecosystem of actors, private businesses and start-ups over the last 20 years, which is sometimes referred to as 'new space'. This liberalization of the sector has meant that, today, public and private initiatives exist alongside one another. The private new space industry offers a wide range of LEO services, such as space transport and tourism and constellations of small satellites. More specifically, these constellations have great potential in three industries: telecommunications (the internet of things), Earth observation and space observation for continuous monitoring and surveillance.

Constellations of small VLEO satellites – which are located at a distance of between 150 km and 450 km from Earth – make it possible to obtain high-resolution images at a low cost, thanks to the advances made in their technology in relation to both compactness and resolution. What's more, manufacturing costs are lower compared with their larger brethren. This has led to the appearance of new business activities, such as the constellations of satellites providing internet cover, like the Starlink project from the company Space X, founded by Elon Musk.

"VLEO allows a large volume of photos to be taken at a greater resolution and in less time. Greater resolution because, due to their closeness to Earth, they can capture very high-quality images without having to invest in the really expensive cameras used by other space devices at higher orbits. And in less time because, flying at low orbits, they can go around the planet more frequently and do so at a higher speed," explained Silvia Rodríguez-Donaire, an expert in new space business models and member of the Faculty of Economics and Business of the Universitat Oberta de Catalunya (UOC) and an adjunct professor at the School of Industrial, Aeronautical and Audiovisual Engineering of Terrassa (ESEIAAT) of the Universitat Politècnica de Catalunya · BarcelonaTech (UPC). What's more, unlike traditional platforms, which operate at higher orbits (such as geostationary ones, at around 36,000 km), VLEO satellites allow all the information to be transmitted at a higher speed, with an average delay or latency of 32 milliseconds in the case of LEO satellites, compared with the close to 600 milliseconds of geostationary ones.

For Rodríguez-Donaire, who also belongs to the groups Sustainability, Management and Transport Research Group (SUMAT) at the UOC and Turbulence and Aerodynamics in Mechanical and Aerospace Engineering Research Group (TUAREG) at the UPC, space data – which were previously only held by governments and basically used for intelligence, military or scientific purposes – are now becoming accessible to businesses and for different applications (pest warnings for agriculture, helping in the sustainable management of urban growth, calculating optimal routing for fishing vessels, measuring buildings' energy efficiency, etc.).

Technological advances in the new space market are enabling data democratization thanks to lower-cost production allowing prices to be tailored to become accessible to SMEs, and this has stirred the interest of new investors. For example, Spain is witnessing the appearance of a number of new businesses, including Open Cosmos, Kreios Space, Asgard Space, Celestia Aerospace, PANGEA Aerospace, AisTech Space and Sateliot, amongst others.

Similar competitive factors in the VLEO and low-cost carrier sectors

What makes sustainable growth in VLEO satellite constellations possible? Rodríguez-Donaire has studied this question, together with other researchers from the European DISCOVERER project, headed by the Universitat Politècnica de Catalunya (UPC) · BarcelonaTech (UPC). In the study, published on an open-access basis in the CEAS Space Journal (August 2022), the UPC team of researchers, together with their international colleagues, sought to identify the competitive factors common to both these Earth observation platforms and low-cost carriers.

"Our research has shown the relationship between future trends in the VLEO small satellite constellation market and the history of airline companies. In the future, VLEO small satellite constellations will be operating in a 'blue ocean', as low-cost carriers did at a point in the past", argued the expert. The blue ocean strategy encourages companies to investigate new market spaces and achieve profitable and sustained business growth, principally via innovation.

To identify the competitive factors of each of the industries, the researchers used the strategic management tool Value Curve Canvas. The study broke down into four action types the factors that both low-cost carries and small VLEO satellites have eliminated, reduced, raised and created, so as to note the similarities in the behaviours of the two markets:

How can Europe's competitiveness in the space market be sustained?

According to the European Space Agency (ESA), developments in the global space sector and the geopolitical context at large are putting European leadership at risk. As Rodríguez-Donaire pointed out in another UPC study, this time from June 2022, "to remain competitive in access to the space industry and reaffirm its international role, Europe must act decisively in a timely manner to speed its technological development, strengthen its space technology and industrial capabilities, invest in technology testing and demonstration, create an entrepreneurial and risk-taking culture to attract the best and brightest talent, and reap the benefits of space for its countries and peoples."

Against this backdrop, the study proposes a number of actions that the EU needs to carry out to recover its leadership in the space access sector through the development of technologies that permit exploration of VLEO's potential and the design of new spaceship concepts, such as Stratofly and SpaceLiner.

What's more, the study adds that there is a need to strengthen the EU's relationship with the ESA to boost its space capabilities and become a competitive player in access to space market in the medium term (5-10 years).

"The implementation of these actions will help the EU to improve its international positioning, and adapt technology to the needs and requirements of new space demand. This would entail the mobilizing of around €40.5 billion euros for the EU economy during the first 10-15 years of operations," concluded Silvia Rodríguez-Donaire. 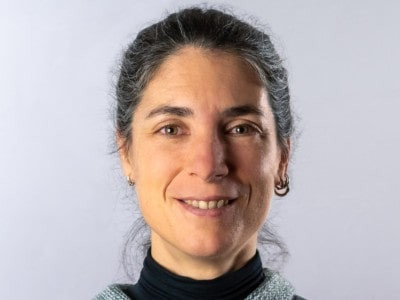 Member of the Sustainability, Management and Transport Research Group (SUMAT) at the UOC