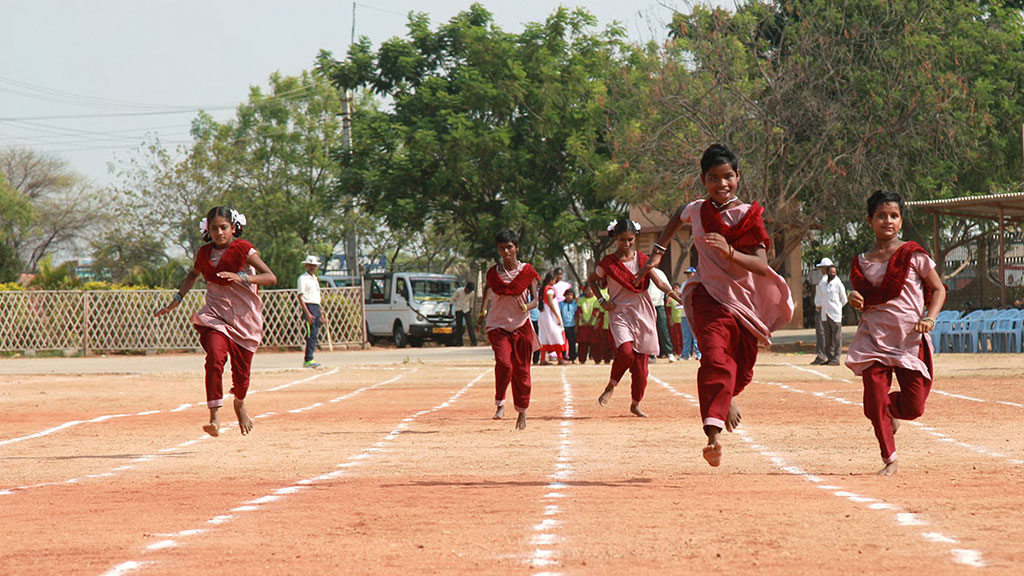 Sport is a tool for social transformation and can contribute to improving people's lives. (Photo: Fundació Vicente Ferrer)

Sport is a tool for social transformation and can contribute to improving people's lives. (Photo: Fundació Vicente Ferrer)

The game has been funded by the Catalan Agency for Development Cooperation, and its objective is for young students to discover sport's power for social transformation

Lakshmi, Nagesh, Prashant, Supritha and Thanuja are boys and girls in rural India whose lives have been changed by taking part in a sport. Through these five true stories, the virtual escape room entitled Discover the power of sport, by the Vicente Ferrer Foundation, aims to highlight the potential of physical exercise as a driving force for individual and collective change. The target audience for this escape game, which was designed by the GAME group in the Faculty of Information and Communication Sciences at the Universitat Oberta de Catalunya (UOC) and funded by the Catalan Agency for Development Cooperation, is young people who live and study in Catalonia.

"We thought that a virtual escape room would be an effective tool for reaching a young audience, and we trusted the UOC because of its previous experience in creating this kind of game," explained Mireia Salvador Pérez, one of the specialists at the Vicente Ferrer Foundation in charge of the project. The escape room has been available since early October, and is becoming increasingly popular among the university community and students on vocational training programmes in Catalonia. Players completing the game before 15 December will enter a draw to travel to rural India and find out at first hand about the sports programme which the Foundation carries out in the country.

The Vicente Ferrer Foundation believes that sport is a tool for social transformation and can contribute to improving people's lives. It is a scenario involving social relationships, in which the participants learn to cooperate, help each other and resolve conflicts peacefully, fostering social cohesion, inclusion and equality. Sports focus on important aspects that encourage individual change, such as an improved self-concept as a result of acquiring skills, achieving objectives and exercising leadership. It also promotes positive habits and routines in the participants' day-to-day lives: punctuality, hygiene, healthy eating, respect for team-mates, etc.

"The challenge has been to convey all these messages to young people through the game, and to do it in an entertaining way," said Daniel Aranda, a researcher in the GAME group at the UOC. Each of the five characters in 'Discover the power of sport' personifies a different value. Lakshmi, Nagesh, Prashant, Supritha and Thanuja represent the values of diversity, respect, equality, solidarity and trust, respectively. The first letters of these five values in Catalan form the word "d risc", which is the name of the Vicente Ferrer Foundation's awareness campaign.

The benefits of escape rooms as an educational tool

The UOC and three other European universities have launched and provided scientific evidence for the educational usefulness of games of this type within the framework of the School Break project, which is funded by the Erasmus+ educational programme. As part of the project, the team in the GAME group at the UOC created four educational escape rooms based on migrations, gender identity and creative thinking. The escape rooms they designed are No more walls (about the concept of borders between countries); No more walls (the digital version); Create a way to escape the classroom, and LGTBIQ+. All these games are designed for boys and girls between 12 and 18 years old, except for Create a way to escape the classroom, which is recommended for anyone over the age of 14.

"The playing aspect of the game fosters concentration, involvement, motivation and the desire to learn, as well as relationships between the participants," said Aranda. "This all underpins the use of escape games as a worthwhile and appealing approach to learning," added the GAME group researcher. However, a study prepared by the group as part of the School Break project warns of the difficulties involved in designing a good educational escape room. The study discusses the need to strike "the perfect balance between fun and entertainment, while achieving the intended learning outcomes, which must be embedded imperceptibly so that they do not distract players from the game."

The 2030 Agenda for sustainable development recognizes the role of sport in promoting social progress and contributing to the fulfilment of the Sustainable Development Goals (SDGs). In specific terms, sport is related to SDGs 3 (Good Health and Well-being), 5 (Gender Equality), 16 (Peace, Justice and Strong Institutions), 4 (Quality Education), 10 (Reduced Inequalities) and 17 (Partnerships for the Goals).