Teachers attribute boys' academic achievements to intelligence, and those of girls to hard work

"Girls are expected to work harder, perform better academically and behave better. On the other hand, boys are allowed to get away with worse behaviour. In addition, less is expected of them, which discourages many of them from achieving good academic results," says Milagros Sáinz Ibáñez, the lead researcher of the Gender and ICT (GenTIC) group of the Internet Interdisciplinary Institute (IN3) of the Universitat Oberta de Catalunya (UOC). This is one of the main conclusions of the study entitled "Secondary School Teachers' Views of Gender Differences in School Achievement and Study Choices in Spain" published in Sage Open and carried out with Sergi Fàbregues, who is also a member of GenTIC, and Jordi Solé, the lead researcher of the Laboratory of Social Education group, who are both members of the UOC's Faculty of Psychology and Education Sciences, and Sara García-Cuesta, a researcher at La Laguna University.

The study aimed to "empirically establish the extent to which some secondary school teachers still have sexist attitudes about differences in academic achievement between male and female students and their choice of subjects," explains the main author of the study, Sáinz Ibáñez. The results, which were obtained from a sample of 36 teachers, have been presented at a variety of local, national and international forums with the aim of bringing about changes in the education system in order to encourage a more equal fairer socialization and education environment.


According to the expert, many of these attitudes are unconscious and based on prejudice, but they have a major impact on students' career paths. "Interestingly, they attributed the good grades achieved by some of the male students to their intelligence, with no reference to the effort they had made. And, conversely, they attributed girls' good grades or better performance to their efforts, on the basis that they are harder workers and better adapted to the education system than their male peers," says the researcher. In addition, some of the teachers believe that girls' performance is also helped by the fact that they mature earlier, which makes them more responsible and attentive in class.


"People generally expect less from boys than from girls. Furthermore, if a boy is disruptive in class, the teacher is likely to be more lenient when dealing with this behaviour, justifying it on the basis that many boys are immature or find it difficult to concentrate. However, when a girl misbehaves or has a bad attitude in class and fails to perform well academically, she is punished twice over," concludes Sáinz Ibáñez.

The teachers consulted in the study believe that their teaching has no bearing on the gender gap in students' choice of subjects. They attribute this to other factors, such as the role played by families and the media. In addition, although they are aware of the problem, few of them mentioned any steps they had taken to address it. Likewise, the UOC researcher noted that "most teachers don't believe that students should be segregated by sex in order to address the gender gap in school achievement and performance".


Spain is not alone in this. In the article published in Sage Open, the authors of the research noted that various studies have shown that in many Western countries, boys lag behind girls in various academic indicators, such as academic performance at school and early drop-out rates. However, this is not the case in OECD (Organization for Economic Co-operation and Development) developing countries, such as Bangladesh, India, Pakistan and Malaysia, where girls lag behind boys for the same indicators.

In Spain, boys have shown a greater tendency to drop out of school than their female peers in the last decade. In 2019, for example, 21.4% of boys and 13% of girls dropped out. The academic paths chosen by Spanish students also continue to conform to gender roles. Only 27.41% of female students take technology studies, and only 35.05% of males choose to study humanities, although the number of female students enrolled in health and science subjects has risen by 74.29% and 58.75% respectively in recent years. Expert in: Qualitative and mixed research methods; research quality assurance; use of ICT in primary and secondary education; gender inequalities. 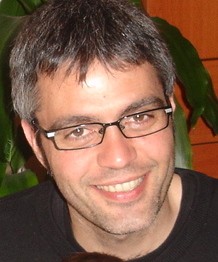 Lead researcher of the Laboratory of Social Education group