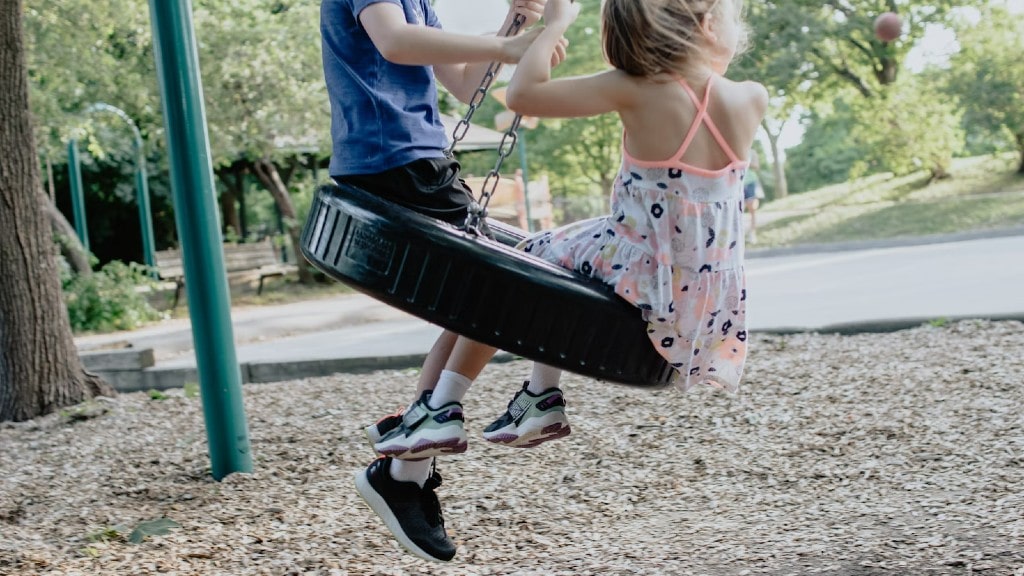 The initiative is being led by the UOC, and the partners are Barcelona City Council, the Global Institute of Neurodevelopment Integrated Care, the LEMUR Urban Emergency Laboratory, and the Barcelona Institute of Childhood and Adolescence (IIAB)

The project ASD Publics: Activating Spaces with neuroDiverse Publics (led by the Universitat Oberta de Catalunya (UOC), with Barcelona City Council, the Global Institute of Neurodevelopment Integrated Care (IGAIN), the LEMUR Urban Emergency Laboratory and the Barcelona Institute of Childhood and Adolescence (IIAB) as partners) has created new tools and methods for designing sustainable and inclusive play areas for children with autism spectrum disorder and their families. The results were presented on Monday 23 January, at the event entitled Public space, play and neurodiversity: present and future challenges for the design of neurodiversity inclusive public spaces, which took place at the Architects’ Association of Catalonia (COAC).

Despite the major breakthroughs that have been made in the construction of inclusive and accessible public spaces for everyone, some groups, such as neurodivergent people, and particularly children with autism spectrum disorder, still experience difficulties when using and taking advantage of urban public spaces. Autism spectrum disorders (ASD) are a range of neurodevelopmental conditions characterized by impairments in social communication, repetitive behaviours and restricted interest patterns that affect an increasing number of people throughout their lives. People with autism spectrum disorder, who amount to one in every hundred individuals in Europe, suffer from social isolation, anxiety, depression and attention deficit hyperactivity disorder (ADHD).

In this context, the teams involved in the ASD Publics initiative, which was funded by the European Union's New European Bauhaus programme, worked on an interdisciplinary basis – in urban planning and design, social science, education, mental health and play – to improve public spaces, and children's play areas in particular. The researchers and professionals worked with children and their families through four co-creation performance workshops and other research activities in order to identify the main problems that this group encounters in children's play areas, and examined ways to overcome them.

As a result of this work, which began in July and ended in December, the project has published a design handbook for neuroinclusive play areas, containing guidelines for the design of inclusive public playgrounds, and a neuroinclusive co-creation guide, which sets out a methodology for including children with autism and their families in the design of a public children's park. The two manuals are aimed at groups that deal with neurodiversity issues, families' and residents' associations, architecture and urban design studios, policymakers, and all institutions and individuals wishing to create an inclusive children's park or to transform an existing one.

"We wanted to reimagine the play areas in cities in order to improve these children's experience. Inclusive spaces provide various benefits (sensory, motor, emotional and social) for these children, such as lowering their anxiety levels and giving them the opportunity to interact with other children and adults", explained the principal investigator of the project, Blanca Calvo Boixet, a member of the TURBA Lab (Urban Transformation and Global Change Laboratory) research group at the UOC's Internet Interdisciplinary Institute (IN3). "The design guidelines we provide can be implemented in any city or country in Europe, based on the case of Barcelona", she added.

The design handbook for neuroinclusive play spaces presents a series of guidelines for designing outdoor play spaces for children with autism and their families. It sets out the characteristics and features of the play area, in addition to the management considerations that must be taken into account for it to be inclusive. The document is divided into four sections: 1) general characteristics of the play area, 2) play elements, 3) management of the space, and 4) other measures. Safety and social issues are also broad-based themes running throughout the four sections.

"The contents of this guide aim to improve the children's play experience, making it happier and more relaxed. They also aim to guarantee their safety, which is one of the major concerns of families, and to minimize situations involving stress and frustration for both children and their families, since past experiences have a major impact on the desire to return to a particular area or to play a game again", Calvo Boixet pointed out.

The neuroinclusive co-creation guide is intended as a guide based on practical recommendations. It describes the actors who need to be involved, the role they have to adopt and the process to be followed. This process is divided into project phases, with a co-creation workshop as the central phase. It also includes some practical considerations and ideas.

A pilot test took place in Glòries Park and in the playground of a school in Barcelona in October. The workshops had temporary installations, and the children were invited to play and experiment freely. An observation of the children's sensory and psychomotor responses and a study of their preferences for specific materials and spaces provided highly valuable information about the preferences for play and spaces that the project aims to understand.

The results and conclusions of the workshops were reviewed in November, in a series of discussion sessions involving various experts. The objective was to complete the definition of the co-creation methodology and the design handbook.

The main partner in the project is the TURBA Lab (Urban Transformation and Global Change Laboratory) at the UOC's Internet Interdisciplinary Institute (IN3), a laboratory with extensive experience in coordinating European co-creation projects. These include PERFORM, COOLSCHOOLS, T-Factor and EPSN.

Barcelona City Council is taking part in the project through its Ecology, Urban Planning, Infrastructures and Mobility Area, working with the Municipal Institute for People with Disabilities (IMPD).

Another partner is the Global Institute of Neurodevelopment Integrated Care (IGAIN), a leading Spanish centre in the diagnosis and treatment of neurodevelopmental disorders. It provides training for ASD professionals and accreditation for ASD diagnostic instruments in America and Europe, as well as evidence-based treatment for people with ASD throughout their lives.

Finally, another partner in the project is LEMUR Urban Emergency Laboratory, an international interdisciplinary association that creates community spaces for well-being and fosters ecological and social transitions through educational and research initiatives, integrating architecture and environmental engineering. Examples of its projects include Arrels (Roots), El cos de la casa (The Body of the House), De l'escola al mercat (From School to Market) and La pell de la ciutat a Glòries (The Skin of the City in Glòries).

The final partner in the project is the Barcelona Institute of Childhood and Adolescence (IIAB), a public body that acts as a bridge between knowledge and public policy in order to guide local policies that affect children and support the council in the transformation of the city to make it more appropriate for children. This institution is coordinating the implementation of the Barcelona Plan for Play, a pioneering policy to foster play in the city's public spaces.

The project was presented as part of the European Commission's call entitled Co-creation of public space through citizen engagement of the EIT New European Bauhaus Community - a campaign that falls within the objectives of the European Green Deal approved in 2020.

Member of the TURBA Lab research group at the UOC's Internet Interdisciplinary Institute (IN3).