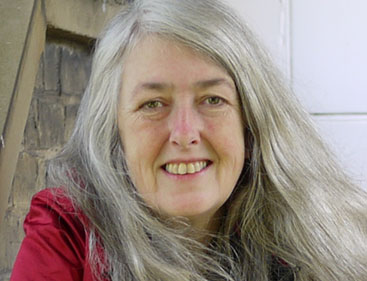 Professor Mary Beard was born in 1955 in Much Wenlock, UK. She is Professor of Classics at the University of Cambridge and one of Britain’s best known classicists thanks to her regular media appearances and the work she has done to make the classics more accessible; she has been able to bring ancient Rome to life by portraying its culture through the eyes of the people of the time.

She is a committed feminist and her book Women & Power: A Manifesto (Profile Books, 2017) highlights history's treatment of women and showcases leading women throughout history, from Greek goddess Athena and Penelope and Homer's The Odyssey to Theresa May and Hillary Clinton. It also includes personal reflections on the sexism and gender-based harassment she has suffered on social media. Her Twitter account, with over 235,000 followers, receives thousands of insulting tweets, many of which are sexist, but she doesn’t just respond to the haters, she takes them on. The New Yorker has even gone as far as to call her The Troll Slayer.

She was a lecturer at King's College London from 1979 to 1983, and then a Fellow of Newnham College from 1984 and has taught in the Faculty of Classics at the University of Cambridge ever since, (for a period as the only female member of Faculty), becoming a Professor of Classics in 2004. She was also chair of the Faculty of Archaeology, History and Letters at the British School at Rome from 2002 to 2006 and Visiting Sather Professor of Classical Literature for 2008-2009 at the University of California, Berkeley, where she delivered a series of lectures on "Roman Laughter".

She has produced more than fifteen works on a range of classical subjects, including Pompeii: The Life of a Roman Town (2008), which won the Wolfson History Prize and SPQR - A History of Ancient Rome. She also makes frequent appearances in the media. She has been editor of the "Classics" section of The Times Literary Supplement since 1992, where she writes her blog, A Don's Life. She is also a regular contributor on BBC radio programmes, has made numerous television documentaries about the ancient world and presents an arts review programme for BBC Television.

In recognition of her outstanding professional career, she has received many awards including the Honours OBE and DBE. She was also awarded the University of Oxford's Bodley Medal and the Princess of Asturias Award in Social Sciences in 2016 and most recently the Getty Medal. Several universities have awarded her an honorary doctorate including Spain's Universidad Carlos III de Madrid, the Netherlands' Radboud University and Yale University amongst others.