The Governing Council of the Universitat Oberta de Catalunya (UOC) agreed on 16 March 2005 to name Dr Tony Bates Doctor honoris causa for his leading role worldwide in the systematic application of ICTs to higher education, an approach that is leading to a change in student learning model and also in the organisational model of institutions. He has created his own perspective and view in this field, both of which have been acknowledged throughout the world.

Doctor Bates has projected and led an option that holds the UOC as a centre of excellence regarding research and innovation in e-learning throughout the world. 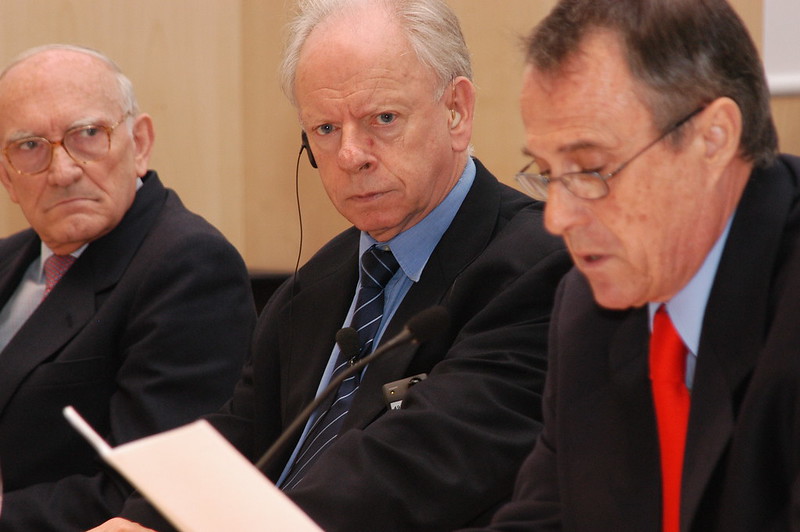 Ceremony to award an honorary doctorate 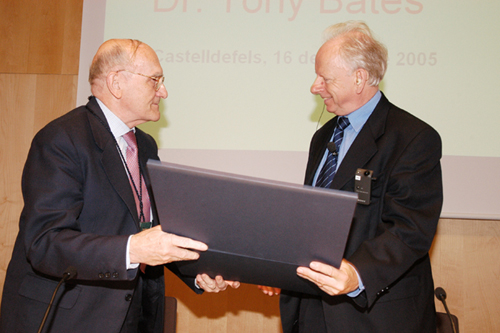 He is the author of eight books, including Managing Technological Change: Strategies for University and College Leaders and, with Gary Poole, Effective Teaching with Technology in Higher Education, both published by Jossey-Bass. His research groups at the UKOU, OLA and UBC published over 350 papers in the area of distance education and the use of technology for teaching. He is on the editorial board of six journals specialising in distance education and educational technology.

Tony Bates is now President and CEO of Tony Bates Associates Ltd, a private company specialising in consultancy and training in the planning and management of e-learning and distance education. He also holds a part-time position for developing a programme of research into e-learning at the Open University of Catalonia. He is also on the Academic Advisory Board of the Volkswagen Auto Uni, based in Germany.

He has worked as a consultant in over 30 countries with institutions including the World Bank, OECD, UNESCO, national ministries of education, and several U.S. state higher education commissions.

His hobbies include golf, skiing and flying a small plane. He is married, with two sons and three grandsons.